JETSONS AND CYLONS vs STAR WARS AND SKYDIVER AT SMALLSPACE 8 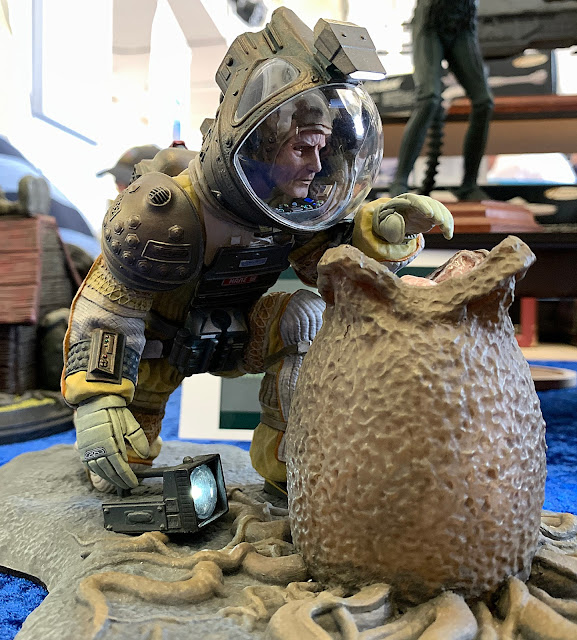 AN INVASION OF SCI-FI AND SPACE MODELS LANDED at last Sunday's Smallspace 8 2019 event. Here are some more pictures we took at the show. 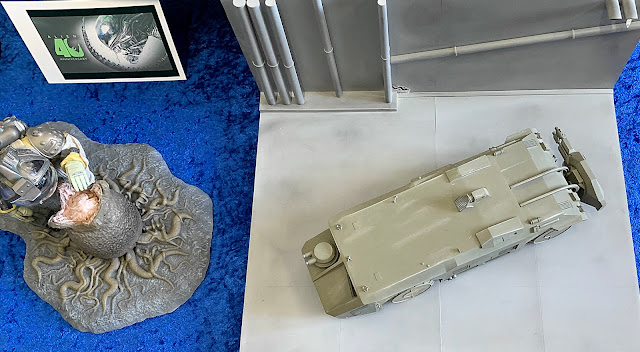 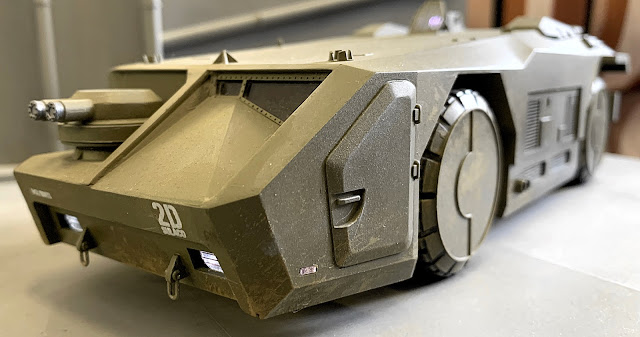 Jetsons family (below) going for a family ride in the aircar we'd all like to fly in one day. 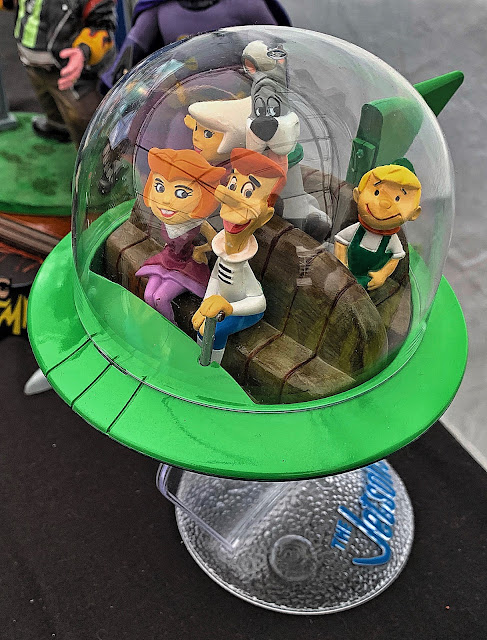 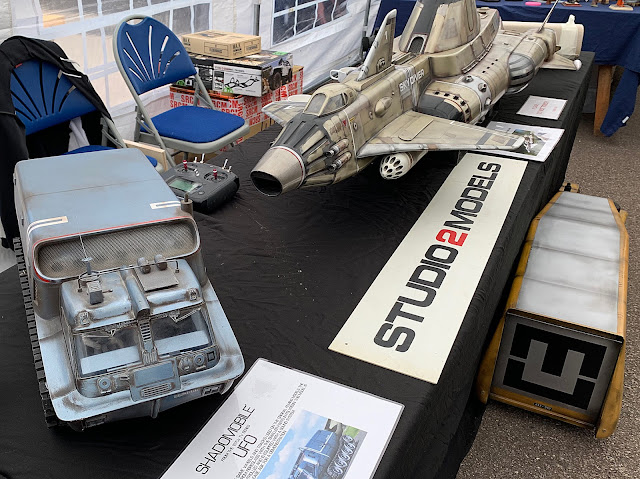 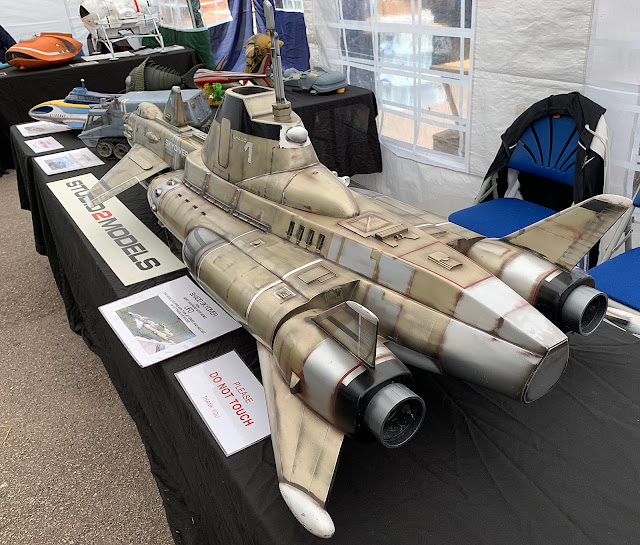 More Gerry Anderson models. The sleek aircraft (below right) appears to have been based on the F-20 Tigershark of the early 1980s. Behind it, what looks a neatly modified Bell X-5. 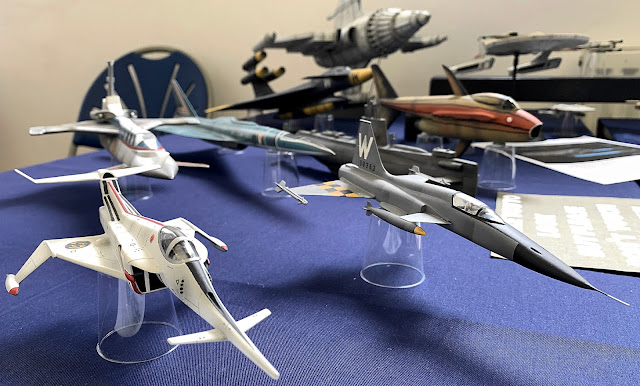 Robots ahoy, here a Cylon Centurion (below) from Battlestar Galactica. 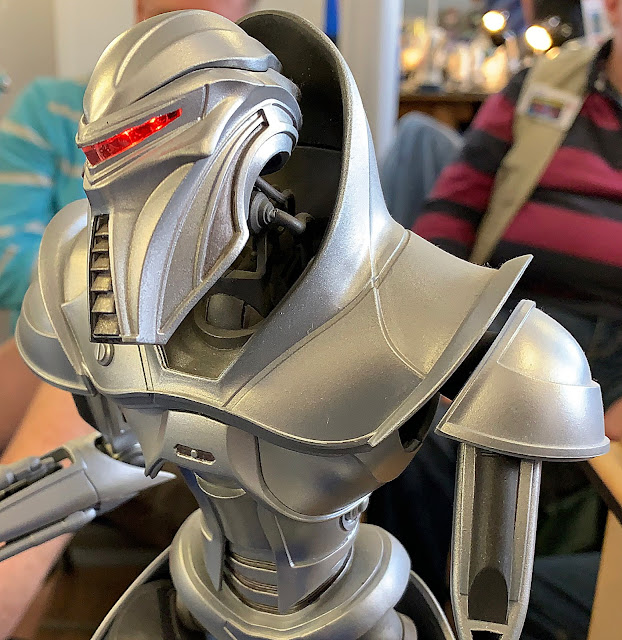 Steampunkish anti-gravity tramp ship (below) based on the Waldo by Ian McQue. 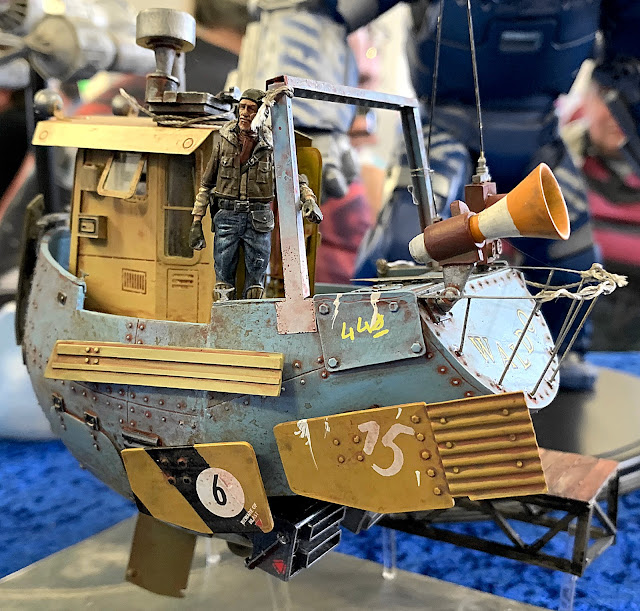 Tin-can Zorrat 002 (below) was one of a group of scratch-built originals on display. 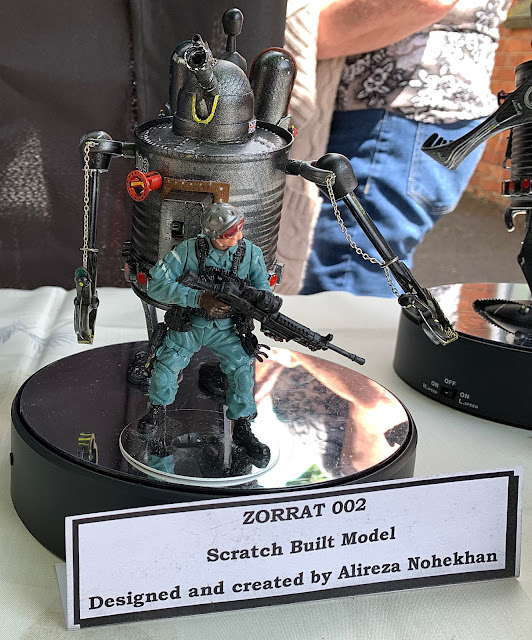 Star Wars X-Wing (below) finished in a well-used but combat-ready condition. Note the mini-poster for a model show in Cromer. It's a pleasant seaside town in East Anglia, so go if you can! 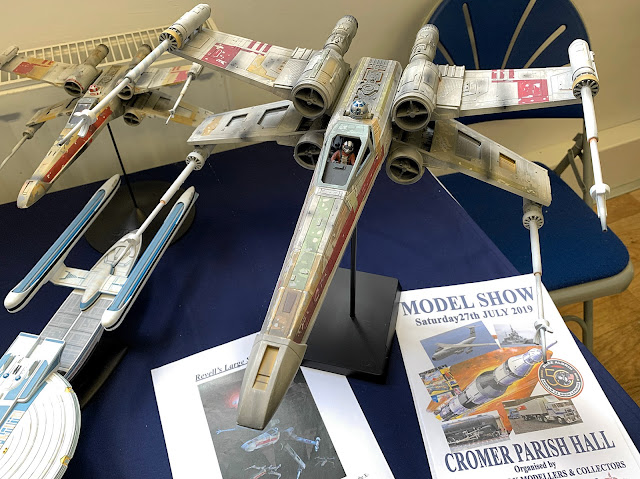 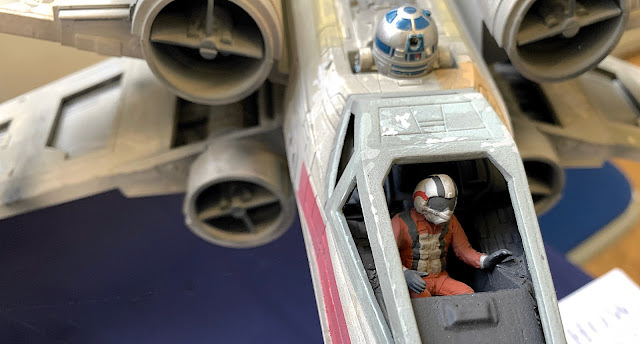