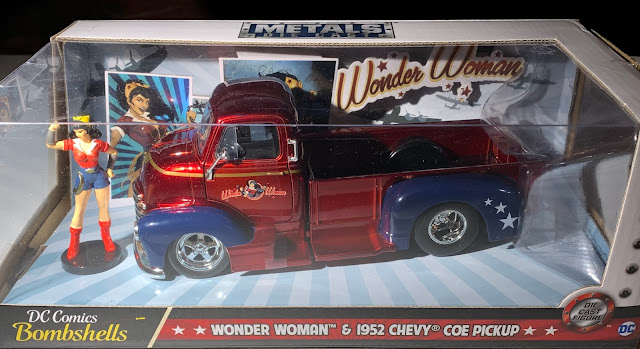 
SMN report: The diecast truck is one of the DC Comics Bombshells range from Jada. The 1:24 scale gives it plenty of heft in the hand, and the included figure of Wonder Woman is a good size. The model is one of six, each representing a different vehicle/figure duo from the DC universe. 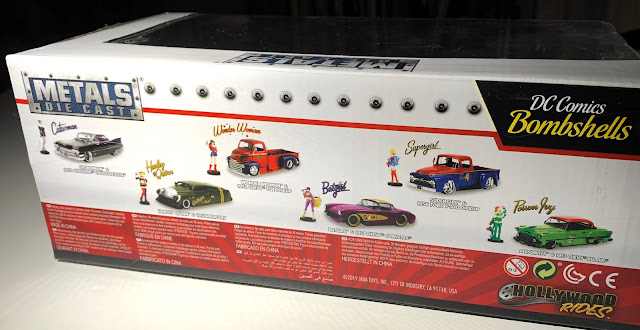 The excellent packaging is a big draw for the range, figure and truck (below) both being firmly attached to the card base, but are easily removable when needed.

One oddity is that the backdrop includes a flight of British Avro Lancaster bombers, to which we say "...wrong war, Jada!" Movie buffs will note that the film was set during World War I, the Lancaster being a veteran of World War II. And that's all true if this model was based on the highly watchable movie. But it's not. Instead, the range was inspired by a retro-1940s world created by artist Ant Lucia. Whatever the story, Jada's packaging looks great. 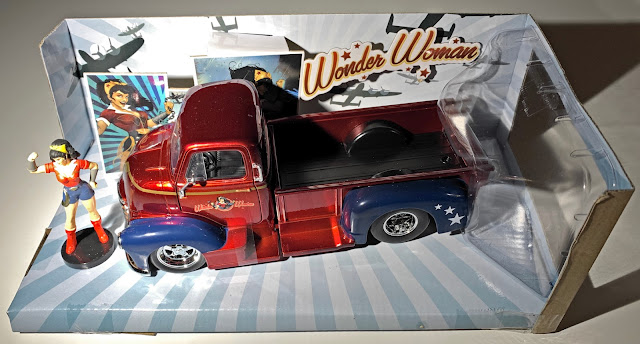 The Wonder Woman figure (below) is nicely modelled, and satin-finish paint has been used, which looks much better than a glossy look. She stands on a circular base. 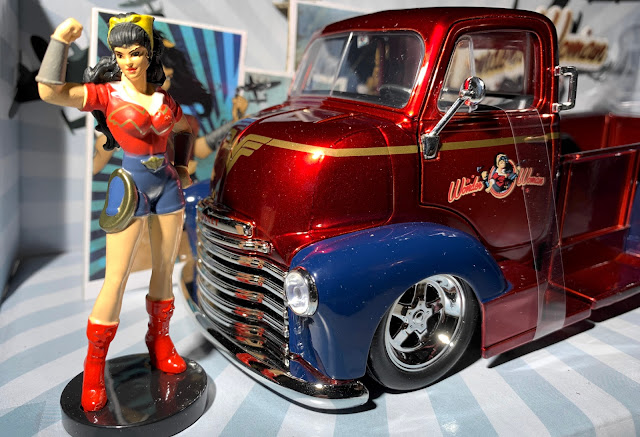 The Chevy's cab doors open (below) though no engine is included. Cab detail is reasonable, with seats, foot pedals, and steering wheel all in position. 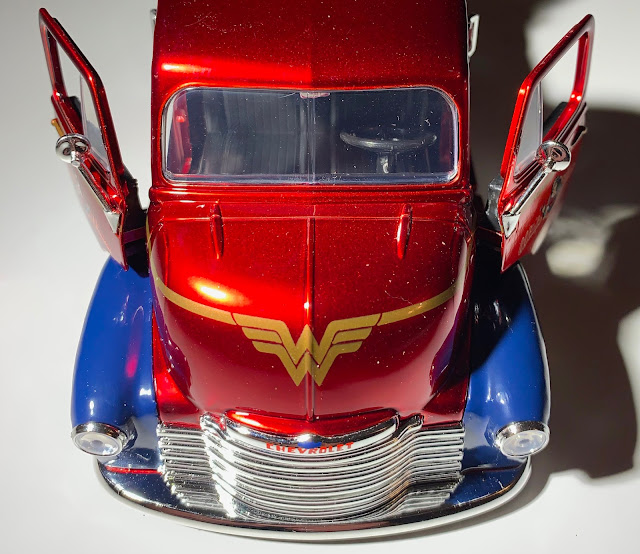 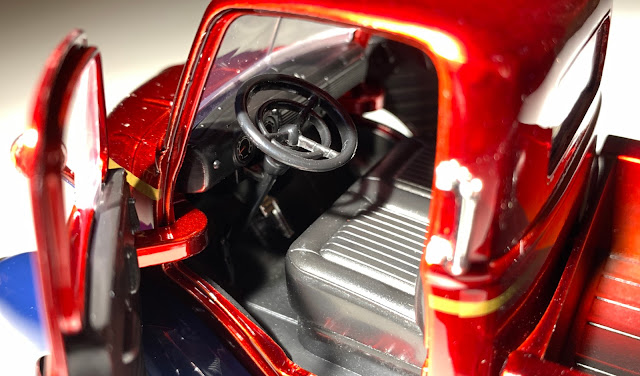 The rear door of the truck bed (below) also opens, so you can load up the vehicle if you wish. In fact, some other Jada models come with a motorcycle included, making an interesting non-movie display possible 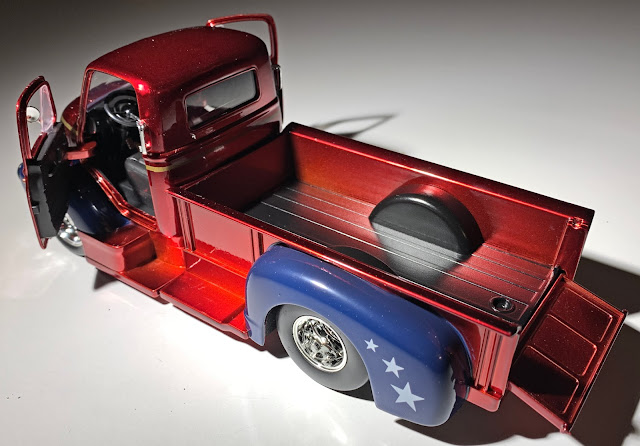 Vehicle graphics (below) are attractive and accurately positioned. 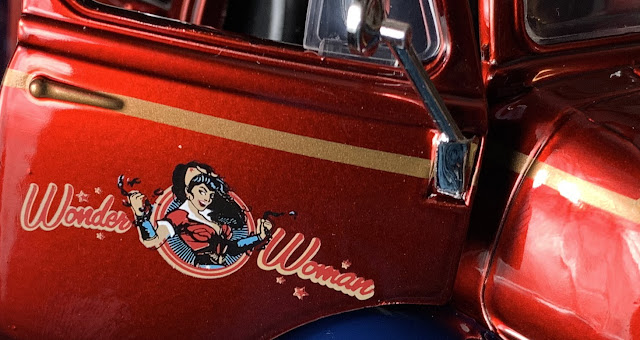 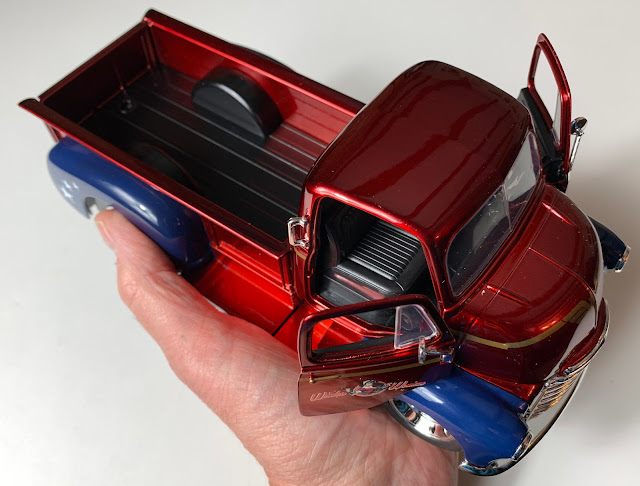 There's no underpan detail to speak of (below) though in the custom world, a flat underbelly is sometimes an essential part of the project.

Manufacturing information (below) is clearly moulded and printed. 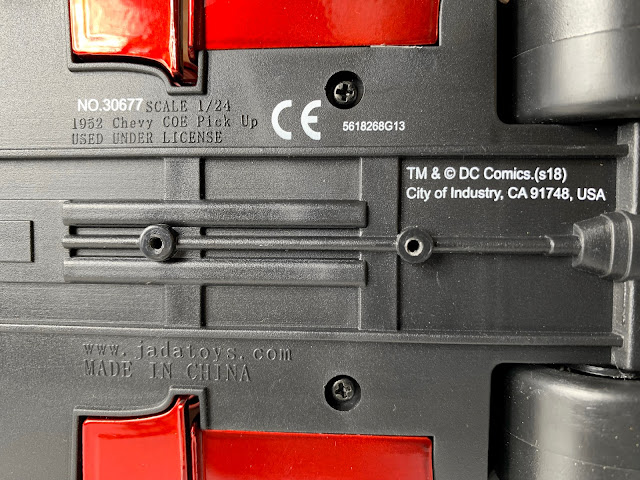 Three Jada 1:24 models (below). From left, a VW Beetle, the Chevy truck, and a Ford custom. 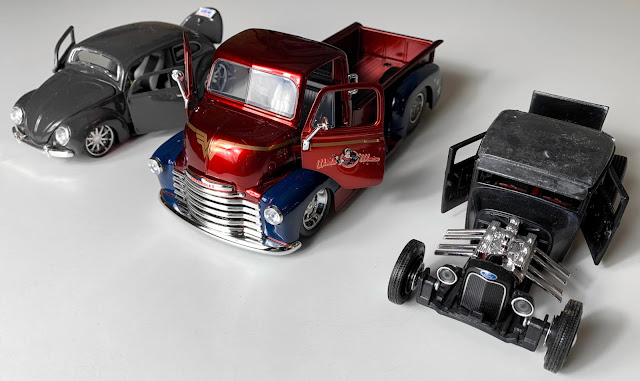 Plenty of chrome (below) and transparent headlight covers show off the Chevy's nose. Extra detailing could include a coat of satin varnish and some lightly-airbrushed weathering – perhaps just enough to show that the truck has made a short trip on a highway.

And (below) here is Truckla, a pickup version of the electric hauler from Tesla.

Click here for heaps of interesting info at Jada.

ps. Sorry about the dust specks on some of the pix - it was a hot, dry day, and we couldn't keep the Chevy clear of all biohazards!

And here's the movie trailer: