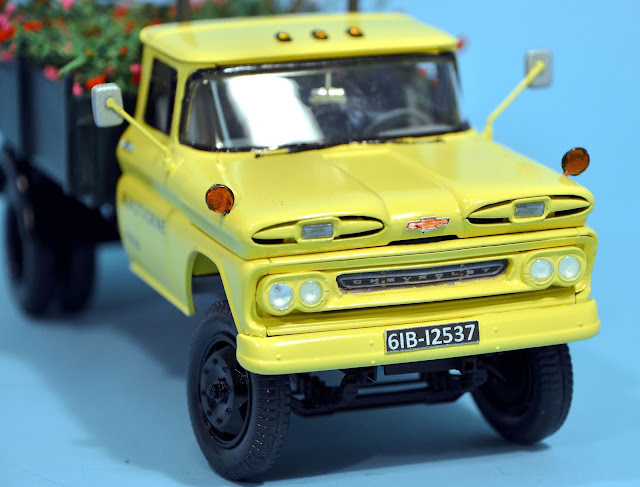 
Mat Irvine reports: The second James Bond movie was based on Ian Fleming’s book From Russia With Love, and came before Goldfinger, where the idea of Bond using a specially adapted car – the famed Aston Martin DB-5 – was introduced. In From Russia With Love the vehicles were frankly ‘working props’, appearing on-screen for relatively short periods of time. But the movie did have one set of wheels that made an impact, a 1961 Chevrolet Apache 30 stake truck, carrying a load of cut flowers (movie still below). 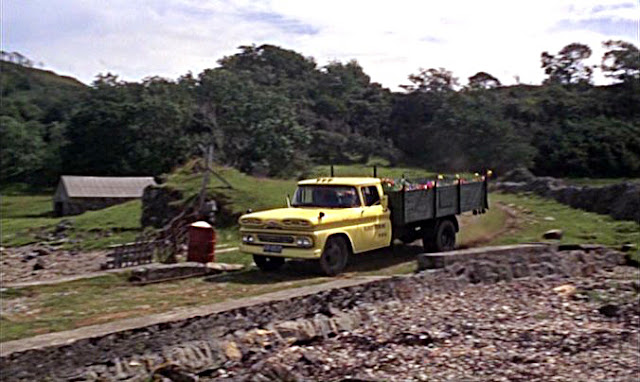 In the movie, 007 hijacked the truck to escape an attacking helicopter, driving across what was meant to be ‘east European’ countryside, with his latest lady friend (see below)bouncing about in the pickup bed at the back, amongst the blooms.

A kit of the vehicle was a non-starter, my idea coming from the multi-issue partwork of James Bond movie vehicles, all supplied in diecast form. A 1:43 scale From Russia With Love Chevy is one of these, but I built mine in larger 1:24/5 scale by combining two existing kits. For this, I chose the recently reissued AMT 1960 Chevy pickup and the Italeri Opel Blitz pickup. Both makes are appropriate, as both Chevrolet and Opel were General Motors brands at that time.

Ideally you would need the 1961 AMT Chevy, but that is very rare, and the changes between 1960 and 1961 were minimal – primarily the grille and how the hood inserts were presented. The 1960 version had the latter as solid inserts, those of the ’61 were opened up as a star-shaped design. These can be modified easily to match the later shape.

The Opel Blitz chassis needs lengthening, so you really need two kits from which to work. Otherwise both sections can be built more or less as stock. The engine in both kits is a straight-six, and it might just as well be the one from the Blitz kit, as it fits directly onto the chassis and still goes under the Chevy hood.

Colours are a pale yellow for the cab, black for the chassis and wheels, with a simulated wood finish for the pickup bed. The only markings are the lettering RUKOTVORINE and PIKVA on the doors. ‘Rukotvorine’ is apparently Croatian for ‘artisan’ or ‘handicraft’, while ‘Pikva’ is reckoned to be a misspelling of the small town of Pivka in Slovenia, near the Italian border. The licence plate reads 61B-12537.

Finally, the pickup bed needs flowers, the easiest source for these being a pre-made flower set, made for rail or similar layouts. They are not especially cheap, but do cut short the task of making each bloom by hand! 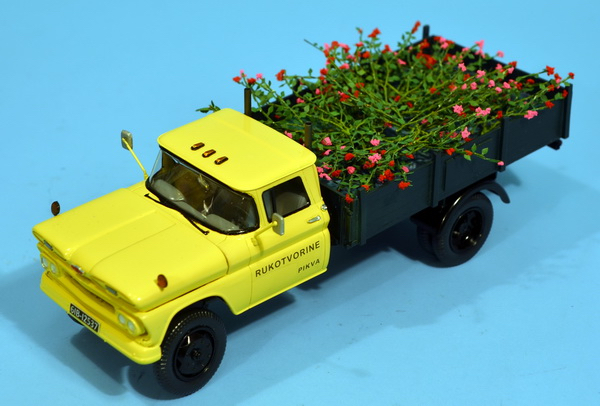 The three basics for the conversion are the Italeri Blitz (below in green) and AMT 1960 Chevy Custom Fleetside. Mounted on its plinth is the 1:43 diecast model from the James Bond partwork 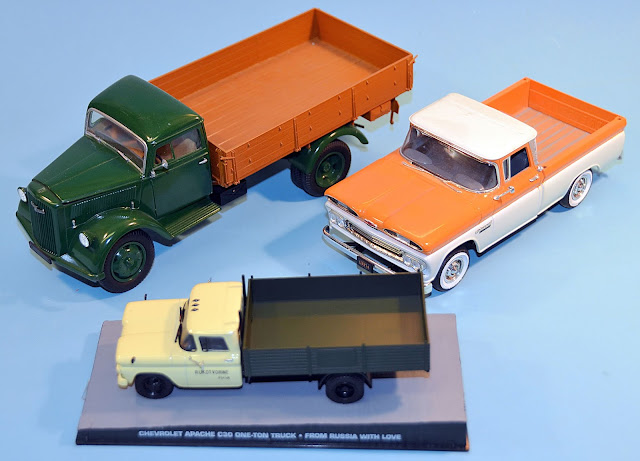 The sub-assemblies coming together (below). 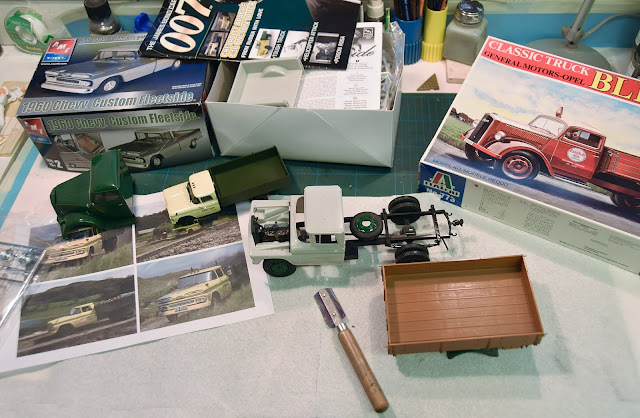 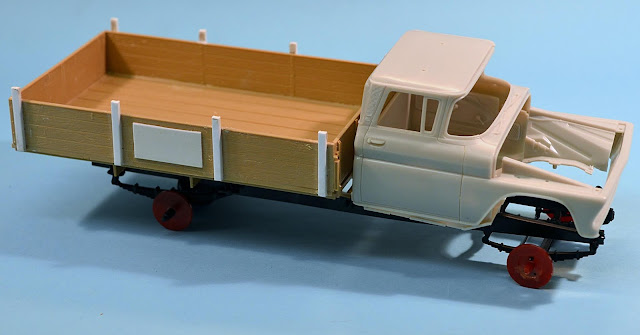 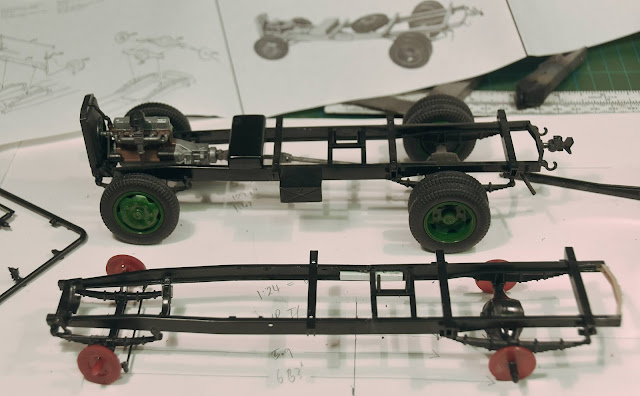 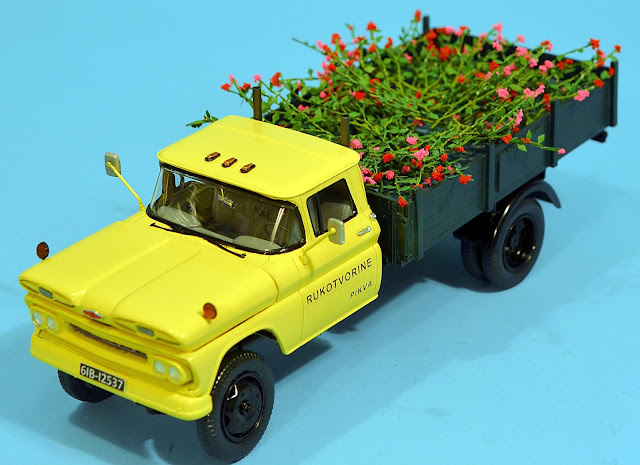 Source for the flowers was a number of JTT sets (below). The centre object is a raised shelf to fit inside the bed with a suitable backing picture attached. This means that the whole bed need not be completely filled with (expensive) flowers! 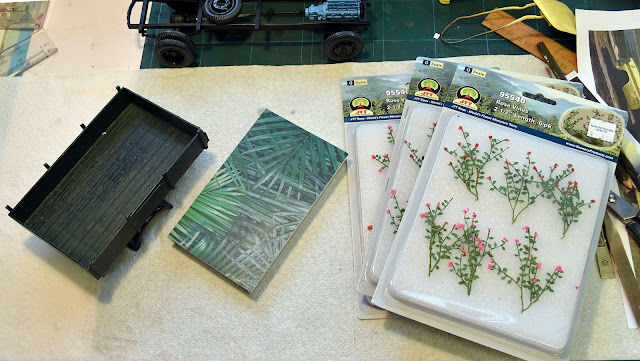 Of course, because the truck was seen in a movie, not everything appeared as straightforward as it looked. When the vehicle was first seen by a rail track, it was shot in what was then Yugoslavia, the truck being actually a Dodge. However, later scenes were shot in Scotland, where the Dodge was unavailable, so a Chevy was used instead (below). The latter has the greater screen time, so is reckoned to be the ‘definitive’ version of the truck. 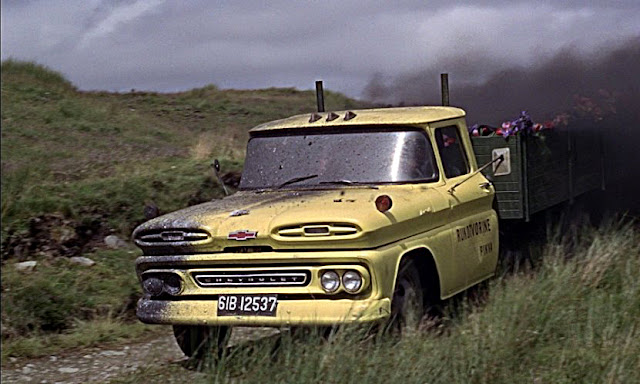 SMN note: Bond's girl in the film was Daniela Bianchi (below) from Italy. In From Russia With Love, her voice was dubbed by British actress, Barbara Jefford. 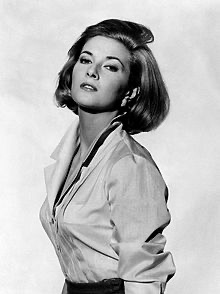 DeAgostini has a James Bond 1:8 scale Aston Martin DB5, which could make an interesting build for large-size enthusiasts. Click here for information.