LIKE NOTHING ON EARTH: PLAN 9 FLYING SAUCER LANDS ON THIS WORLD 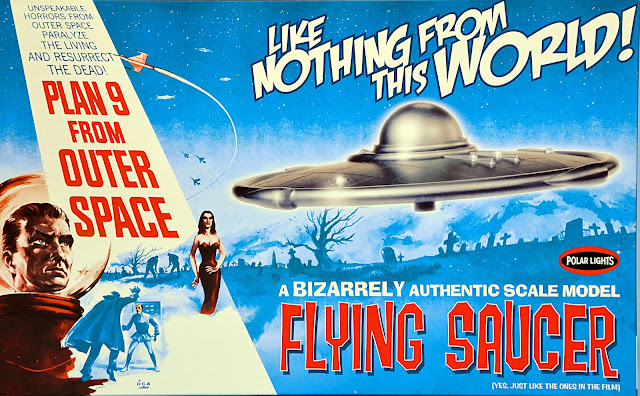 FOR THOSE WHO don’t know their science-fiction, this kit from Polar Lights represents one of the ‘flying hubcap’ UFOs that featured in a 1959 B-movie called Plan 9 from Outer Space.


Mat Irvine: The ‘Worst Movie – Ever’ as The Simpsons’ Comic Book Guy might have said. Plan 9 from Outer Space continues to intrigue, and for science-fiction fans here is a new release of one of its flying saucers.

Although it used to be quoted that Plan 9’s invading saucers were ‘hubcaps from a Chevy’ (a myth perpetuated in the movie Ed Wood) there were also the Lindberg flying saucer kits. And Round 2, which owns the Lindberg name and tooling, has reissued the kit literally ‘as seen in the movie.’

The kit is issued under Round 2’s Polar Lights brand, though it has at various times been been released by Atlantis, Glencoe, and Lindberg. So in effect, this kit is a Polar Lights reproduction of a Lindberg kit, even if it really is the Lindberg kit.

Frankly, most of the kit’s appeal is in the packaging. The box features plenty of images from the movie, as well as posters and quotes, which almost make the kit itself an incidental part of the presentation. However, you do get a complete kit to build as you wish with ten components, even if two of these are just the stand. In the movie the two engine-like pods were omitted, and the dome-shaped cockpit (transparent here) was painted the same silver as the rest of the craft. Now these components are in the box if you wish to include them, as well as the bust of an ET pilot, which will fit neatly under the dome.

But the kit itself makes up swiftly and easily, and will reward you if dioramas are your thing. As the pic here reveals, pairing the flying saucer with a matching base from Skyhook Models makes for an impressive display.

The decal sheet doesn’t include the original Lindberg markings, instead having a printed range of images, all to be used at your discretion.

The new Polar Lights box-art (header pic) includes a reproduction of the original movie poster. The box base (below) has extra printed details. 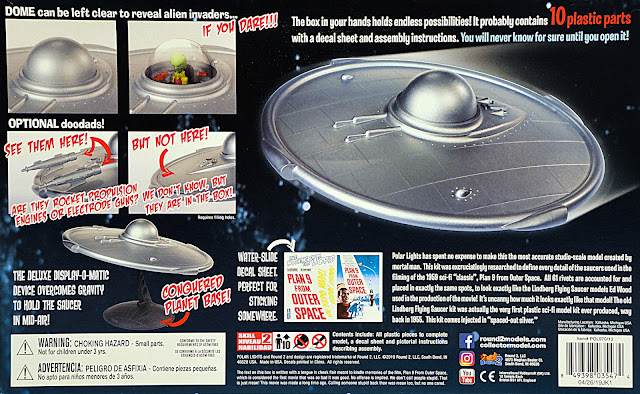 The card structure (below, top right) is an insert for the box. The new decal sheet is shown here in the foreground. 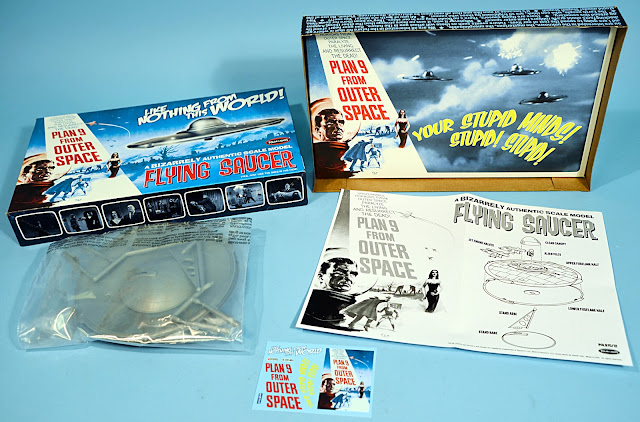 Box sides (below) include stills taken from the movie.

The flying saucer hovering (below) over the base from Skyhook Models. I mounted the UFO on a length of clear perplex dowel. For more on the diorama click here to see my review at SMN. 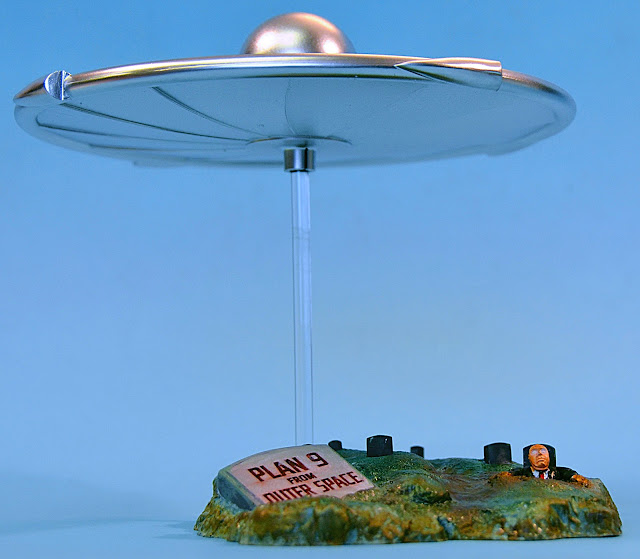 Three previous issues of the same kit, from (below, top to bottom) Lindberg, Glencoe, and Atlantis. 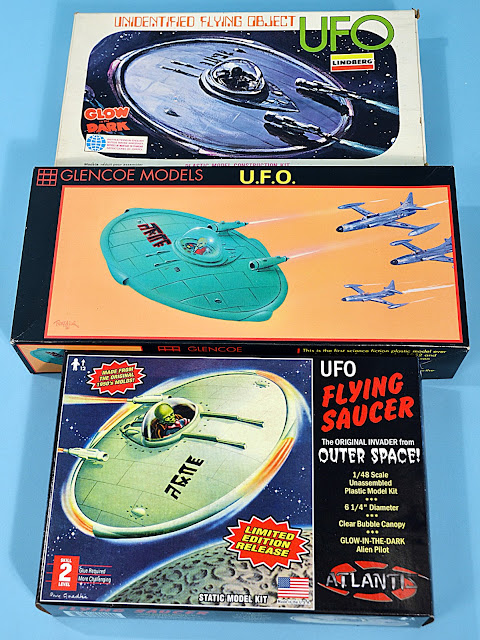 Flying saucers (below) as they appeared in Plan 9 from Outer Space. 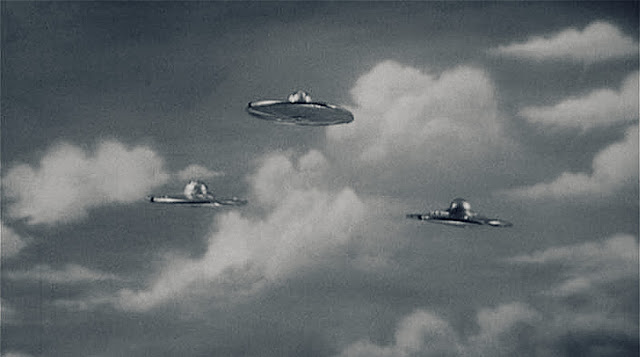 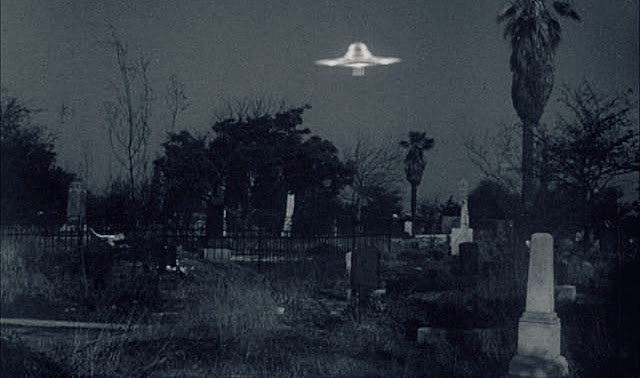