BUILDING THE DEATH STAR: DEADLY WEAPON THAT CAN WIPE OUT AN ENTIRE PLANET 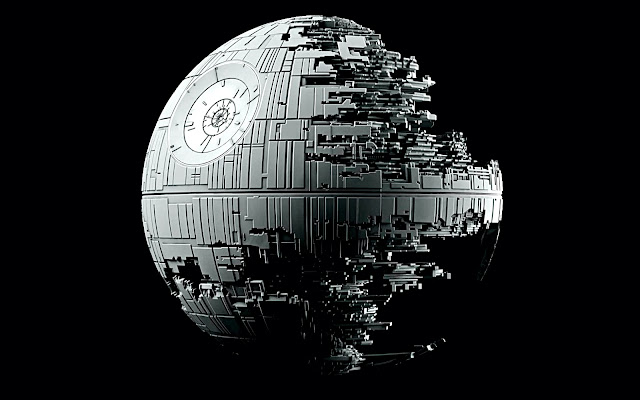 EVERYONE'S FAVOURITE KILLER weapon, the Death Star is the most powerful armament possessed by the evil Empire, and it has been shown (above) in various forms of part-built construction. But brothers Benjamin and Isaac Botkin have gone much further, to create a mesmerising build-sequence that displays their musical and cgi talents.

SMN report: The video was a personal fan film, created by musician Benjamin Botkin and his FX-guru brother, Isaac. The visuals were planned and created in Lightwave 3D software, while the score was composed especially for the sequence.

Ben’s goal was to arrive at an original melody that echoed the iconic music style of John Williams. The musical piece for the sequence was created by Ben, using virtual instruments, available from a galaxy of online music libraries.

It’s all truly inspiring stuff, and fascinating for any Star Wars fan – and indeed for anyone who is interested in visual effects, and music apps such as GarageBand.

For scale model builders, Star Wars is a kit-packed playground, with Bandai especially having a lock on top-quality kits, such as the Death Star featured in our header pic.

Click here for Death Star and more at SMN.

And enjoy the video made by the Botkin brothers below!