AMAZING 1:25 SCALE BATWING FROM THE MOVIE 'DAWN OF JUSTICE' 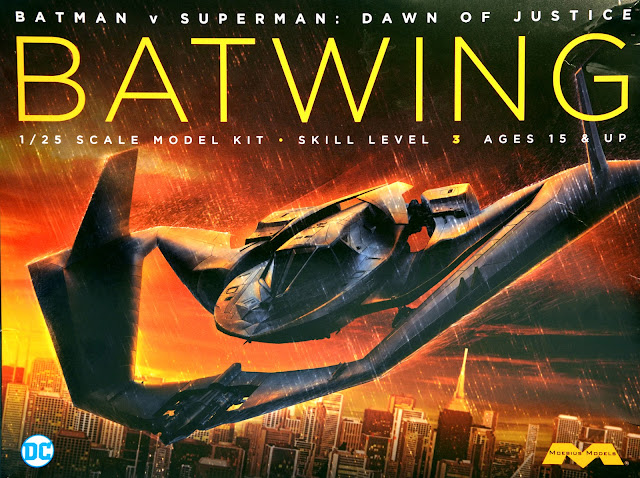 MOEBIUS MODELS brought us the Batmobile for the movie based on two giants of the DC Universe, Batman v Superman: Dawn of Justice. And now Moebius has released Batman’s other mode of transport from the movie, the Batwing.

Mat Irvine: As with the Batmobile, the Batwing’s design has changed between movies, and this incarnation is possibly the most striking-looking machine to date. It’s certainly the largest, as this 1:25 scale model has a wingspan of 430 mm (17 in). This isn’t the first Batwing to match the scale of the relevant Batmobile, but the 1990 Batwing was a lot smaller, with a wingspan of 330 mm (13 in).

Unsurprisingly, the components in this new kit are big, especially the wing-section. The Batwing design incorporates a forward-mounted cannon assembly, the cockpit positioned behind it, which gives an intriguing look to the assembled machine. The movie craft can fold its wings, and the kit option allows you to do the same. But you have to decide before the model is completed which way to go. The wings are not an operating feature, so you have to build them either folded or extended.

There are options for the pivoting engine nacelles, and you can choose to construct the undercarriage and missile launchers in retracted or extended positions. There is no stand supplied though, so if you go for retracted landing gear, then you will have to devise a support if you wish to display your finished Batwing in flight mode.

There is a fully-detailed interior, even if little of it can be seen in the movie. But I picked out the many knobs and panels in transparent colours over silver, to give a finished effect.

Overall colour is a dark metallic gunmetal to match the Batmobile, not the more usual Bat Black. The landing gear and wheel wells are either gloss-white (used for many real aircraft) or here, the better choice is likely a dark silver or aluminium. The four missiles are listed as a dark-green or grey, but I chose to paint them white with red fins, as they aren’t exactly seen in detail anyway.

Unfortunately there’s no Batman figure supplied in this kit. Moebius has made standalone figures, but they are for the Tumbler period, and for this movie he was given a new suit. However,  the figure I have shown is useful for comparison purposes, as it is modelled to the same 1:25 scale. 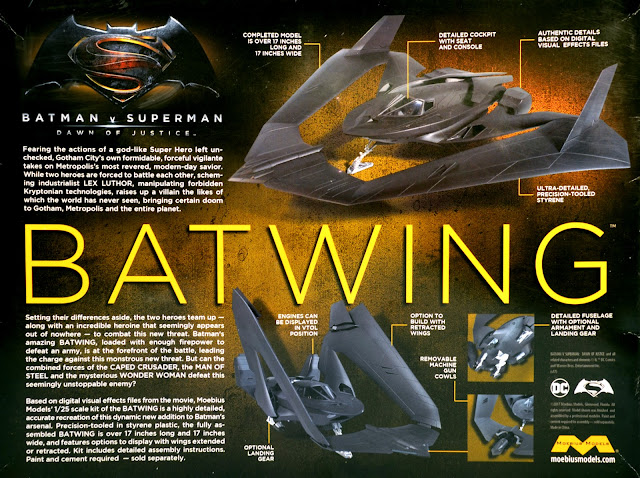 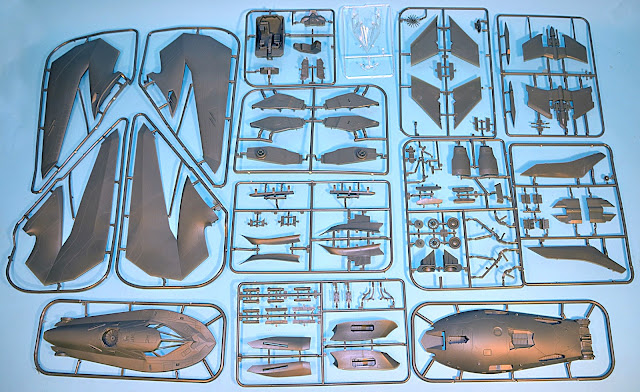 The instruction booklet (below) is neatly produced, with clear instructions that leave nothing to chance. 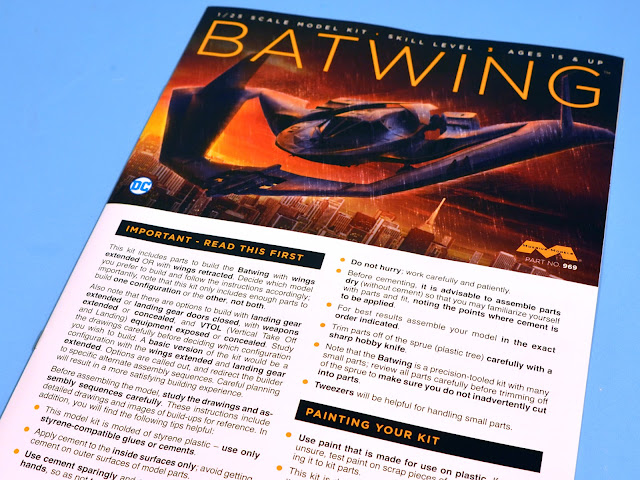 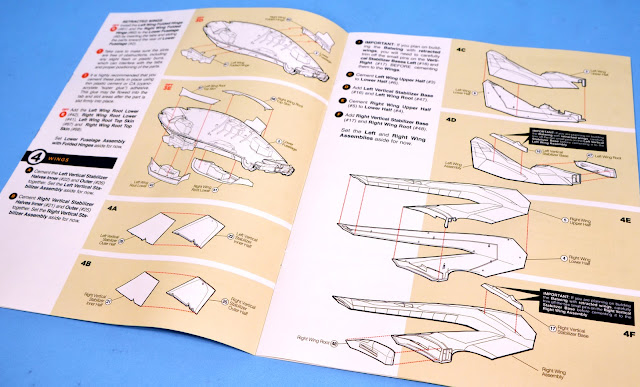 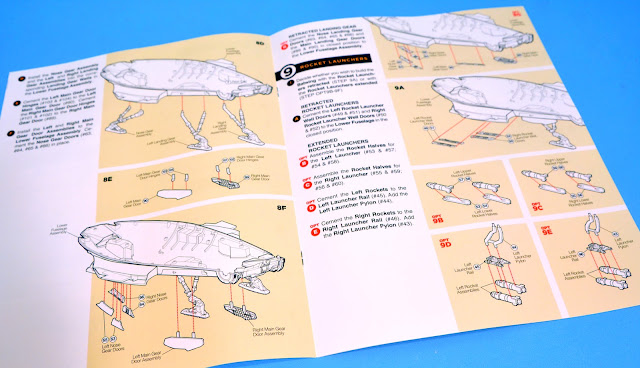 The various sub-assemblies coming together (below). Note note the cockpit transparency masking at lower right. 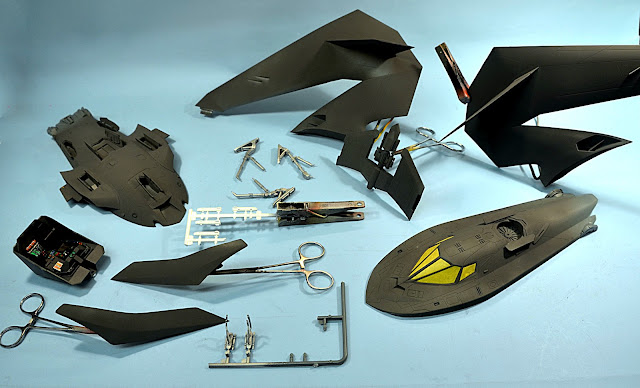 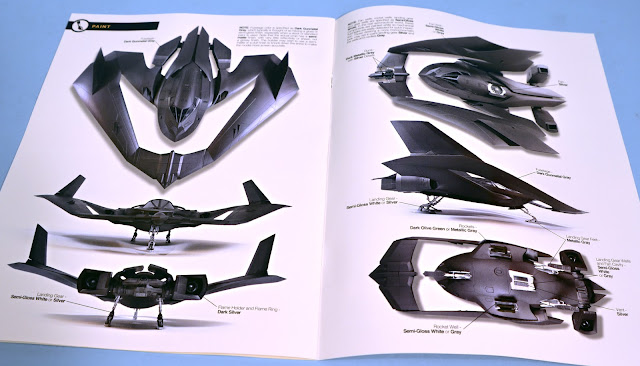 I picked out various details in the cockpit tub (below) with transparent paints. I sprayed most of the Batwing with Humbrol aerosol Gunmetal 53. 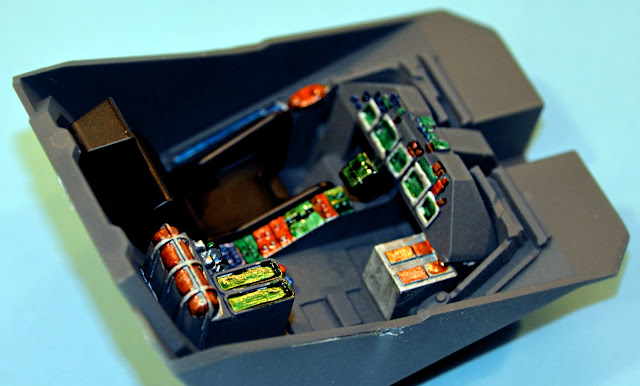 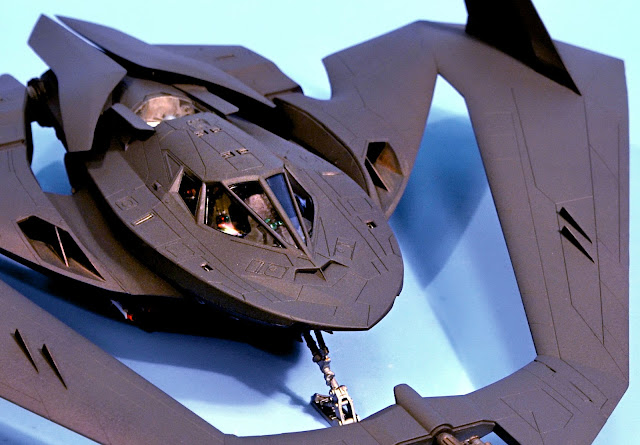 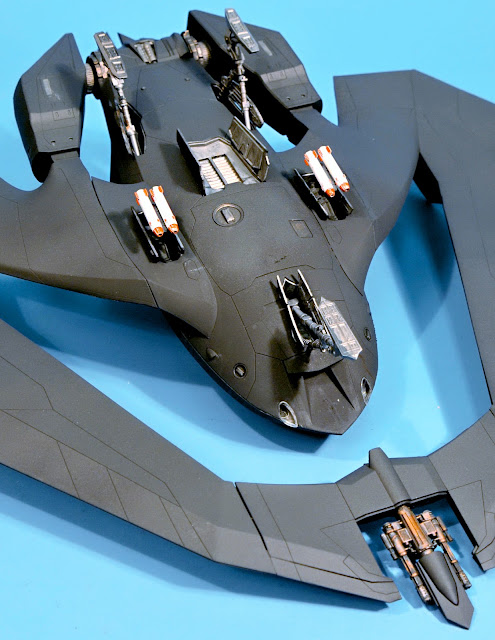 A 1:25 scale Batman figure (below) added for comparison purposes. Note the two panels that cover the front gun positions have been removed in these shots. The Batwing and Batmobile both featured in the same movie. 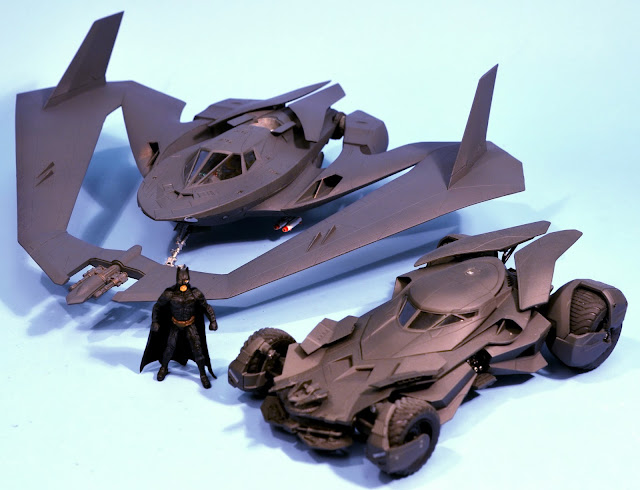 The AMT Batwing (below left) compared to its bigger, more recent sibling. 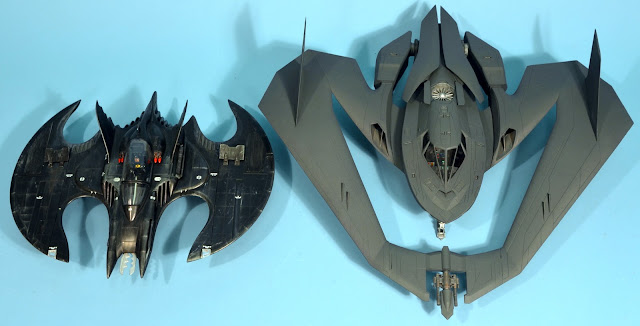 And here's a trailer (below) with an ultra-brief glimpse of the Batwing in flight.

Thanks to Moebius for the sample Batwing kit.