STAR WARS MODEL MAKERS are used to making kits at a seriously wide range of scales. The Bandai Death Star II, for example, is made to an amazing 1:2,700,000 scale.


SMN report: Star Wars kits are not all made to such tiny scales of course. Vehicles like the Millennium Falcon and X-Wing are available at a typical model aircraft 1:72 scale. But even at that size, we are making models of some very large machines.

The video (bottom) rams science-fiction ideas home by showing you just how big the film makers' dreams have been. More please!

A Walker (below) strolls past a light-industrial lot, while Star Destroyers (header pic) hover threateningly over New York City. 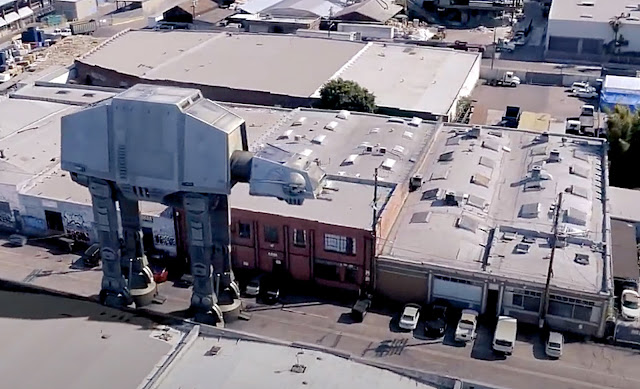 Oops, the Millennium Falcon will earn a parking ticket by landing on a freeway (below).

The Bandai Star Destroyer (below) is one of a range that marks new heights for sci-fi kit production.

The Revell Slave 1 (below) may be 'just' a snap-kit, but the moulding quality is good and sharp, as this ventral view reveals. 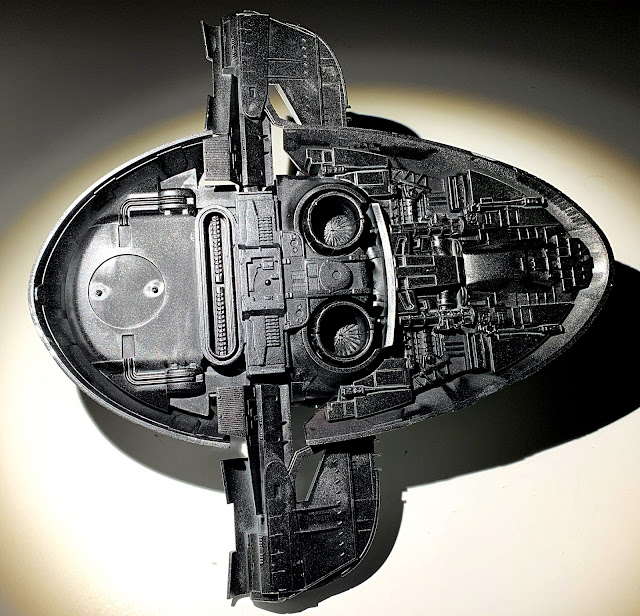 The Millennium Falcon (below) rewards a detail-addict's efforts with a dirtied-down weathered look. Mind you, the weathering has to be caused by plenty of in-atmosphere work, as there's not much dirt in the vacuum of deep space. 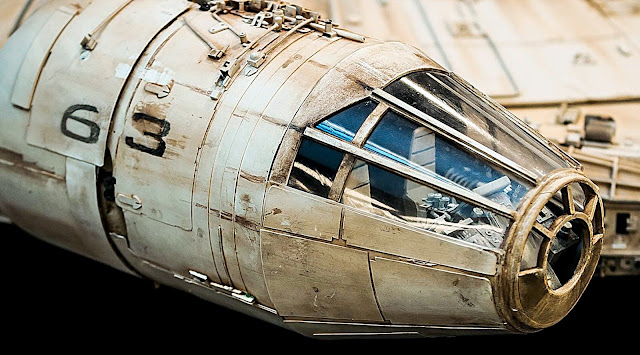 Here, a Revell Snow Speeder enjoys a second career as a cargo hauler's command bridge. The kit works out to around 1:55 scale. 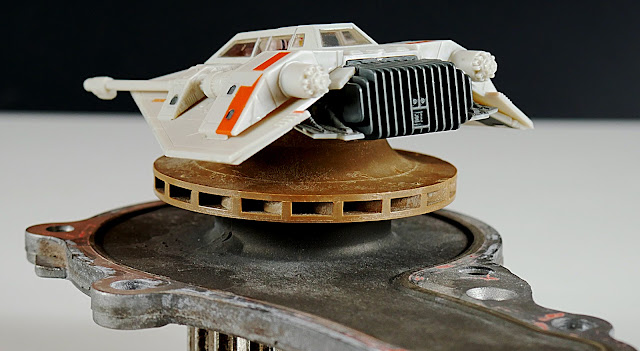 The At-At (below) is shown hard at work after the Empire fell, its new job taking tourists on sightseeing jaunts through the jungles of a hothouse world. 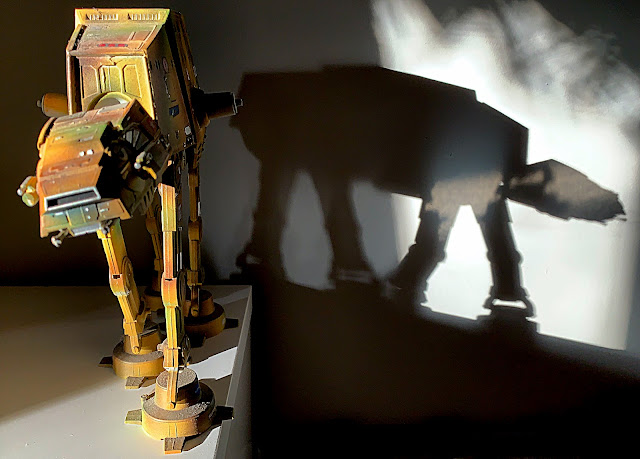 Everybody's favourite fighter, the X-Wing (below) comes in a choice of scales from every kit manufacturer who can obtain a licence. This one is to 1:72 scale. 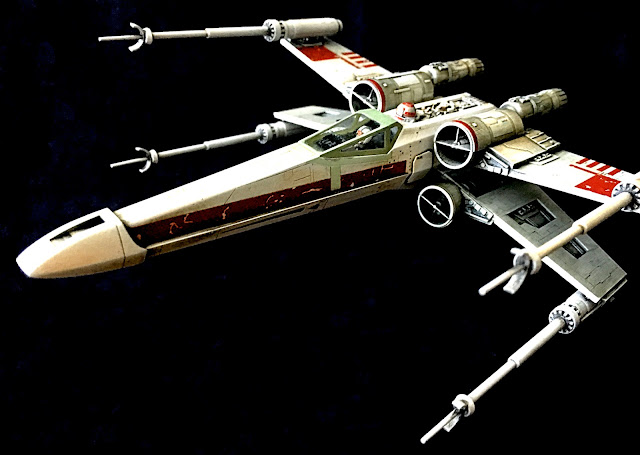 The intro is a tad over the top for our taste, but the meat is certainly there and makes the vid a tasty treat. So enjoy the vid, and be amazed when you see the sheer immensity of some of these creations.