ANOTHER FINE VIDEO FROM MASTER model maker, Tom Grigat. The kit is from the 1:48 scale Eduard Royal series, and includes resin and brass components.


The kit is marked 'discontinued' at the Eduard website, but is available elsewhere, including at Hannants, the UK-based online model seller.

Red Tail Mustangs were flown by the famed Tuskegee Airmen, of the 332nd Fighter Group and the 477th Bombardment Group of the US Army Air Forces. Scroll to the bottom to see a trailer for Red Tails, the 2012 movie from LucasFilm. It's well worth watching, with some excellent action sequences.

A lineup of Tuskegee airman (below) standing in front of a pair of Vultee Vengeance bombers, used here for training. 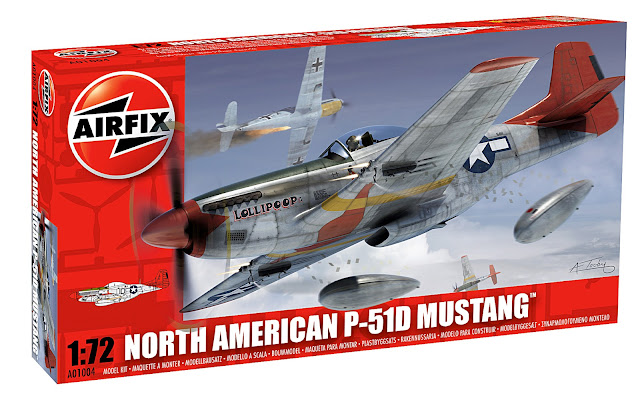 Tuskegee airmen wait for a mission (below). Note the underwing fuel tank, which gave the aircraft a massively increased range. Once empty, it could be released, hence the term 'drop tank.' 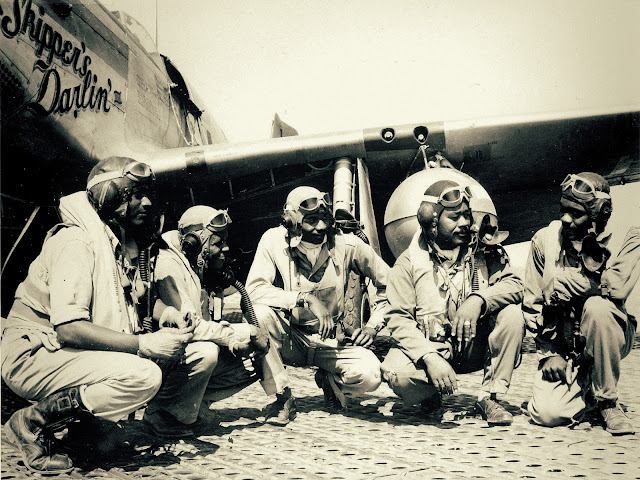 Airfix offer several kits of the Mustang, including a Red Tail (below) and the upcoming movie-linked Top Gun version.

A fine photo (below) of Tuskegee airman Edward M. Thomas, taken in March 1945. The photographer was a renowned American named Toni Frissell, who reckoned that she "would rather stalk with a camera than a gun." 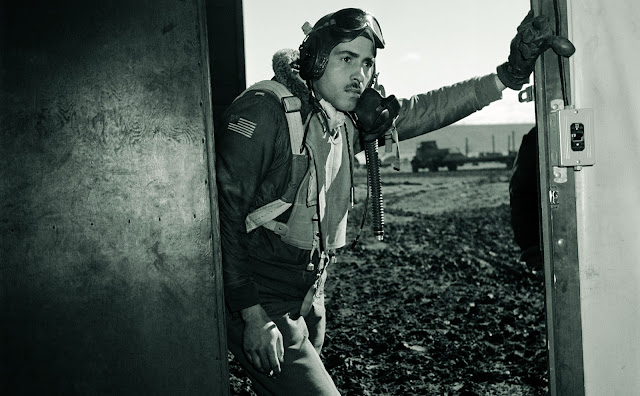