2021 FORD BRONCO REVEALED: A CHANCE FOR A SCALE MODEL?

CAR FANS CAN APPLAUD Ford for bringing back the Bronco. The 2021 Bronco comes in plenty of variations, including our favourite doors-off open version.


SMN report: Ford designers went all the way back to the original Bronco of 1966 for inspiration. The classic roadster (below) clearly showed the way for a 2021 remake. 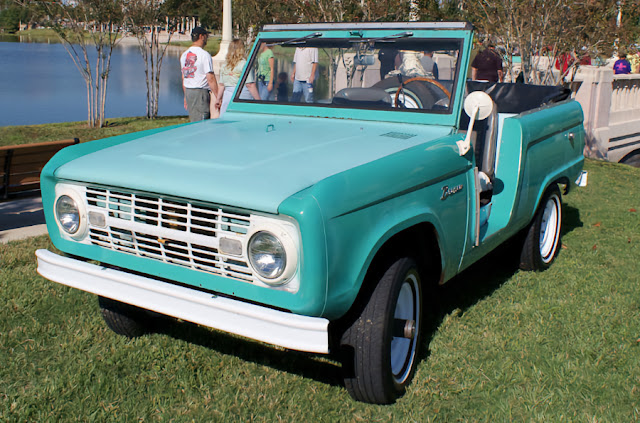 The first-generation Bronco also featured a three-door version (below), a style that is again echoed with the new 2021 version. 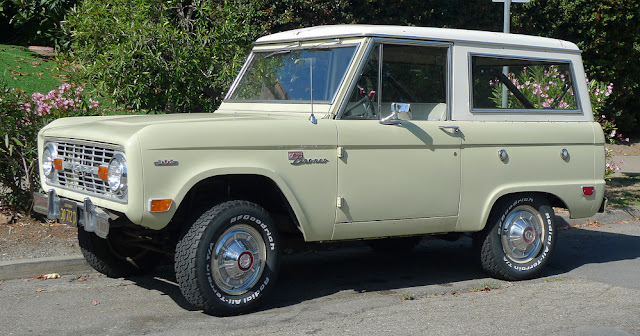 The 1986 Ford Bronco Eddie Bauer edition (below) had many upscale features, such as the somewhat suburban two-tone paint. The concept Bronco of 2004 (below) showed a real change of thinking for Ford designers, though it still retained broadly similar proportions. Hollywood hunk Dwayne Johnson drove it in his 2018 movie Rampage. 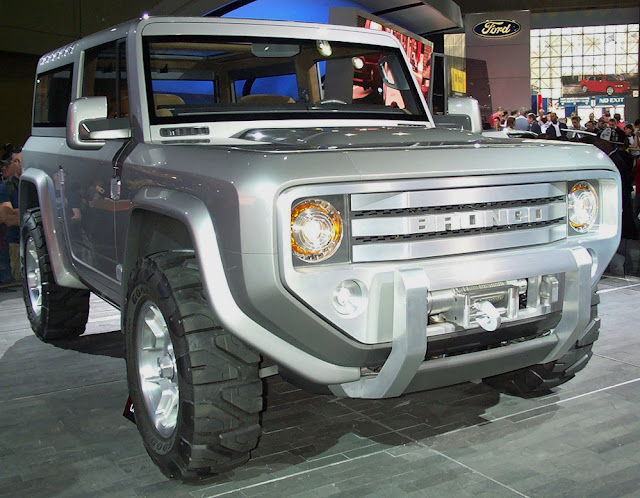 Click here to see plenty more Broncos on offer at Amazon. Note there are plenty of diecast models in various scales, and many of them would make a great basis for building out to a more detailed show level.

The 2021 Bronco (below) includes a masterstroke – doors that remove simply and completely. Just right for sun worshippers like this writer. Roof rails (bottom) can clip on and off, as can various types of mini-LED light bar. 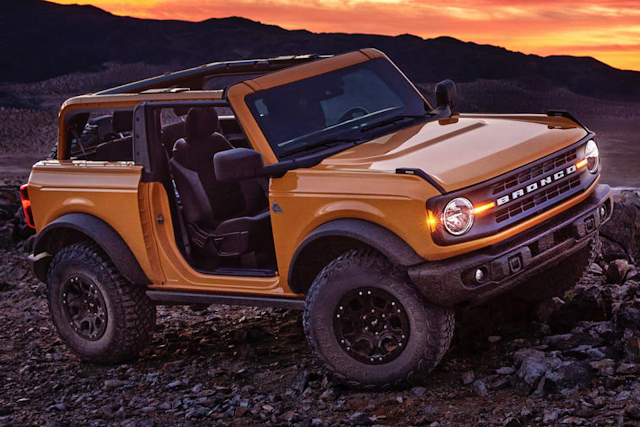 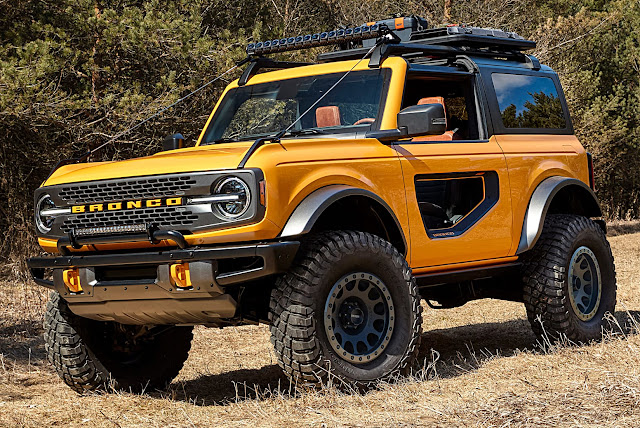