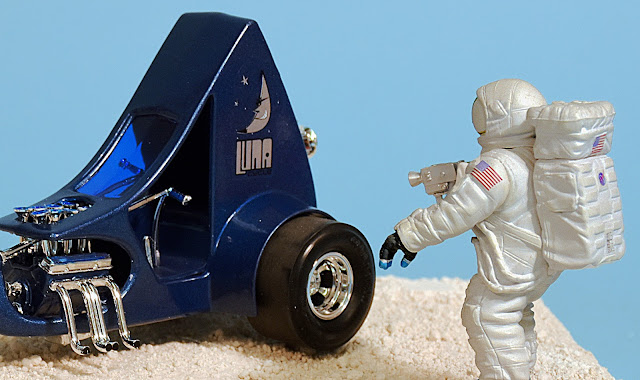 THE LATEST 1:25 SCALE TACO TRIKE KIT from MPC includes a vast array of decals, one set being for a so-called ‘Luna Cycle.’

Mat Irvine: So I decided to assemble a second kit and finish it completely differently to the first ‘desert scene’ version.

This time I finished the trike in a dark Metalflake blue, with a matt blue interior. Unlike the Taco version, there were not too many decals to worry about. Once I had all the paintwork and assembly completed, I just needed the two supplied ‘Luna Cycle’ logos either side of the body and a selection of stars. And that was it – voila, a fresh take on the trick trike theme.

Boxes compared, for the 2005 issue (below, top) and the latest release. The artwork for both is the same, but the new box is bigger. It's now the same as a standard car kit box, but only half as deep. 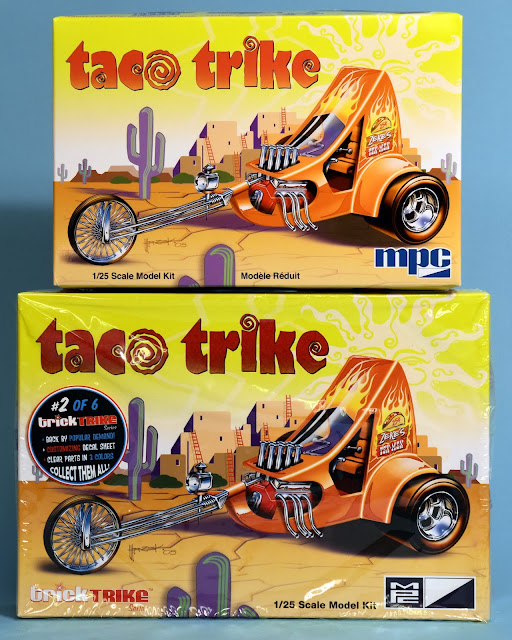 The new decal sheet in detail (below) has Luna Cycle decals printed at top right. Assorted stars are scattered in convenient gaps. 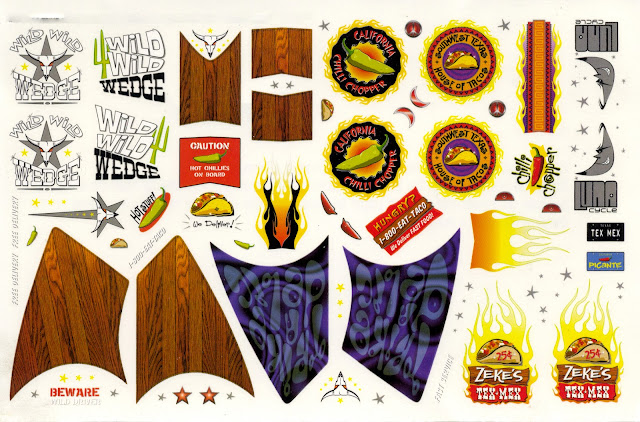 Standard taco trike (below left) in desert paint, with my Luna Cycle finished in dark blue. 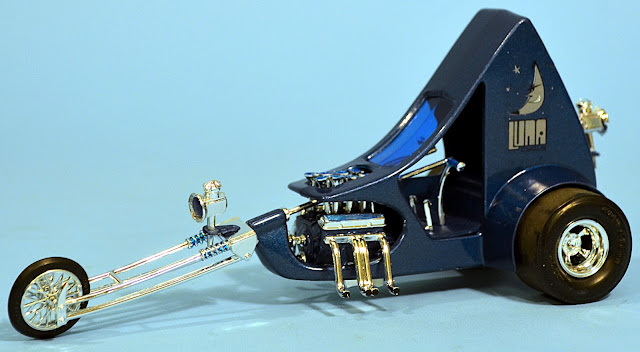 I scratch-built this mini-diorama (below) to display the Luna Cycle in a suitable setting. The same-scale Apollo astronaut figures are a nicely sculpted pair from Dragon.

SMN note: Dragon made these 1:24 scale astronauts in its 'Can-Do' series, though they are not currently on sale. You might strike lucky with an internet trawl, or try Shapeways for alternatives, though these won't be cheap.

One Shapeways option might be to swap the Apollo pair for a set of astronauts from the classic movie 2001: A Space Odyssey, which would add a decently science-fictional take to your diorama.

Here's the trailer (below) to 2001: A Space Odyssey, hailed by many as one of, if not the finest science fiction movie ever made.