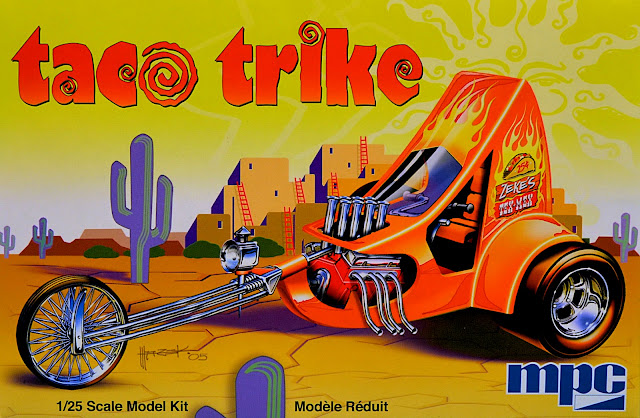 THE MPC TACO TRIKE has a neatly-moulded V-8 engine, and a wedge-style body, hence its original 1974 name, Wedge Chopper.

Mat Irvine reports: The 1:25 scale Taco Trike can basically be built much you would a car kit. The body halves can be cemented together and painted as one, as can the engine, which could even be wired if you wish to add some pleasing detail. However as it’s a trike, the front end is a bit different to a car, with a fully-chromed steering setup, and a small motorcycle wheel at the front.

As with many current AMT and MPC kits, the transparencies are supplied in clear, plus transparent red and blue. So choose what you want for windshield, head and tail lights. The main problem with this kit is deciding which of the decals to use, as there is a big choice on the sheet.

Here’s what MPC has to say about the Taco Trike


So far as kit history is concerned. MPC issued six ‘Trick Trike’ kits in 1974, which were brochure items for about three years. The six were the Mail Box Chopper and Wedge Chopper (now the Taco Trike) plus the T-Trike, Digger Trike, Black Max, and Cobra Chopper.

In 2005, four of the trikes were reissued in a single box by the short-lived Retro Hobby company, which in effect became Round-2. These four were the Mail Box Chopper, Taco Trike, T-Trike (now the Milk Trike) and the Digger Trike (now the Tiki Trike). There was new box art, which was far better than the somewhat bland originals, and also a much enlarged decal sheet, with optional colours for the transparent parts.

The new Taco Trike is basically a straight reissue of the 2005 release. The same art is used on a bigger box, making it a ‘car kit’ size, but conversely it is considerably thinner. Two more from the Retro Hobby set, the Milk Trike and Tiki Trike, are due for release later in 2020, with the final two (not seen since the 1970s) will arrive last. The will be in the new-style boxes, and we assume they will all have new decal sheets.

Halfway through building the Taco Trike (below) and note that I'm pointing out where you must not glue until the front forks are in place. 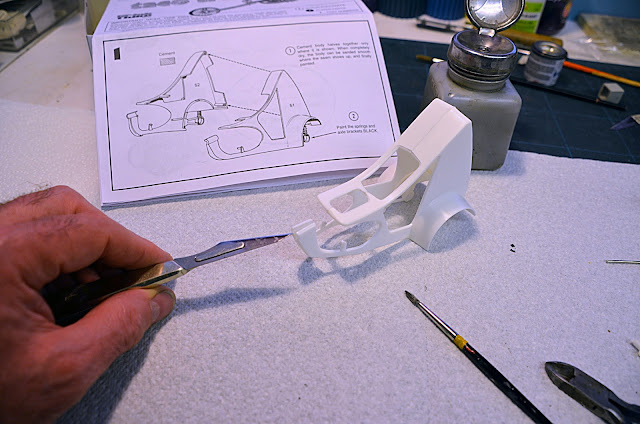 Part-painted Taco Trike, and complete with finishing touches and Zeke's Tex-Mex decals (below). 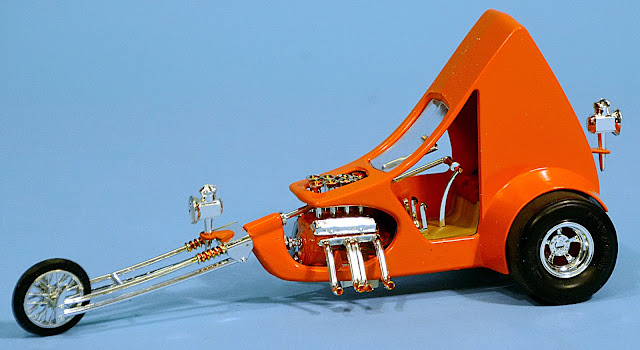 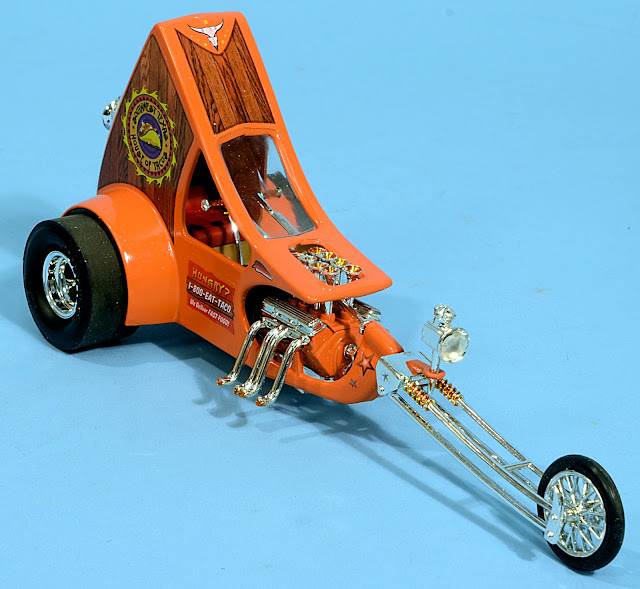 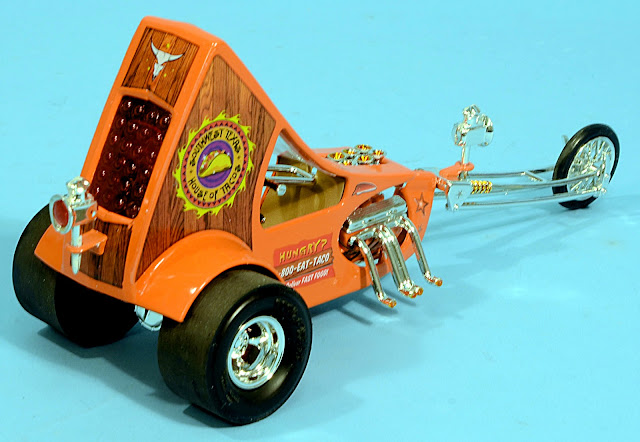 I scratch-built this pueblo diorama (below) for the Taco Trike. 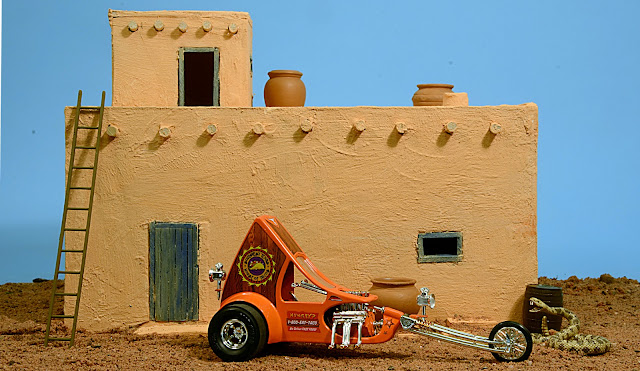 The original six MPC kits (below) from the 1974 catalogue under their 'Cycle Series name. This also shows the somewhat bland box art and design used at the time.