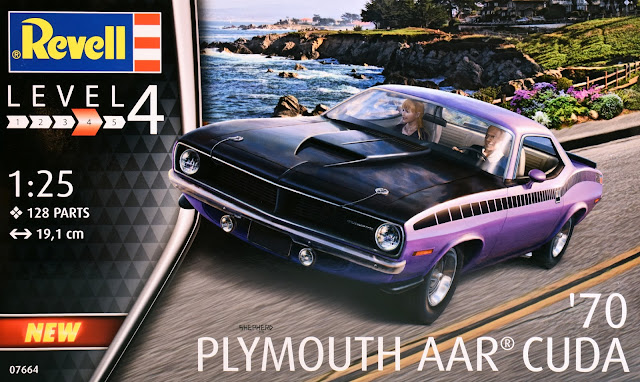 THIS KIT IS A reissued and reboxed version of an original Revell US kit that dates to around 1995. Just to confirm, this is the newer and more detailed Revell US kit. Monogram also made a very similar 1971 Plymouth which, in convertible form, was the star car that featured in Nash Bridges, a TV cop series that starred Don Johnson.

Mat Irvine: Assembling the Revell 1:25 scale Plymouth AAR Cuda kit is straightforward, with just a couple of areas to watch. There’s a tricky fit to the lower end of the steering column, as there is for the front shocks, but with some patience and TLC, the parts do mate together eventually.

The construction is now standard practise for most car kits, with full engine and chassis detail. The interior has bucket seats, and decals to reproduce a woodgrain effect. All decals for engine components – oil filter, even the heater hoses – are supplied, as are some very nice decals for the tyres. The wheels are chrome-plated, though do benefit from a covering of something like stainless steel, to knock down their brightness.

The finish is suggested as a metallic purple. Chrysler had a range of ‘seventies colors’ – this would have been Plum Crazy – with a black and white interior. However, there are many options you can choose instead, though all are bright shades.

I actually avoided Plum Crazy, as also supplied on the decal sheet are the distinctive AAR – All American Racing – stripes running down both sides. These are in black and don’t show up well against dark purple, so I sought out another AAR Cuda colour and came up with a bright red-pink called Hot Magenta. Testors makes this shade, so it was the one I used.

However, whatever colour you choose, the hood, grille insert and rear panel should all be finished in matt black. The engine block colour is Chrysler Orange, and I also painted the rear axle in this colour, along with the shock absorbers (aka dampers). Other underside components were picked out in matt and satin black. 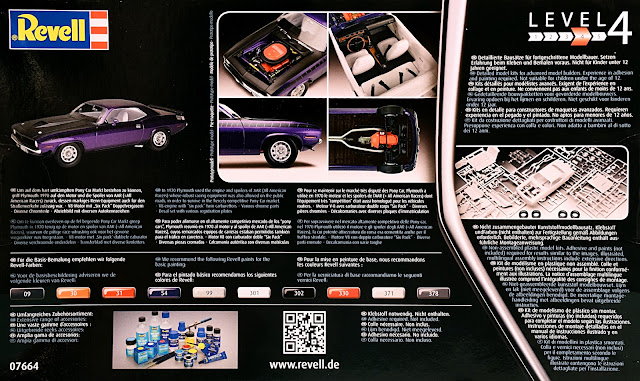 Parts layout (below) includes a very good decal sheet which has tyre decals, AAR side-stripes and many smaller items, even including a decal for the oil filter. 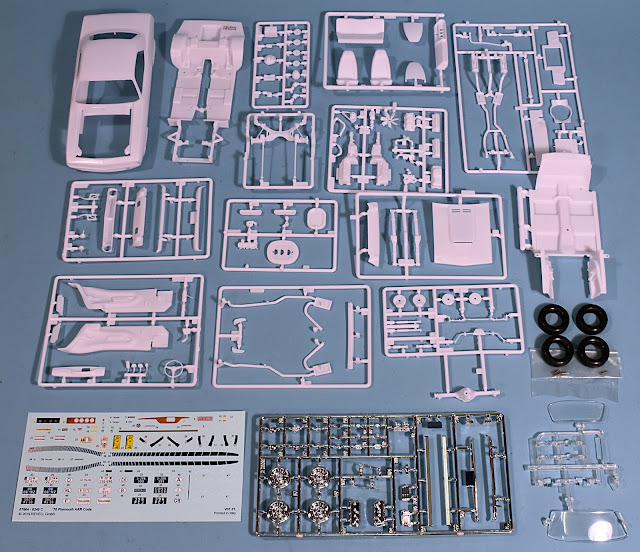 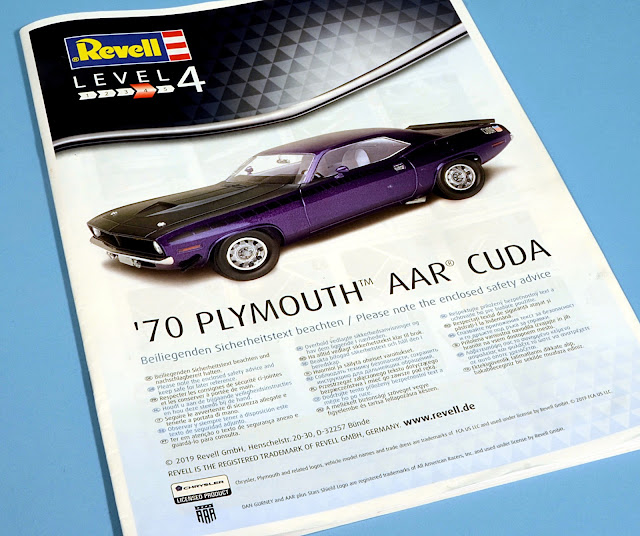 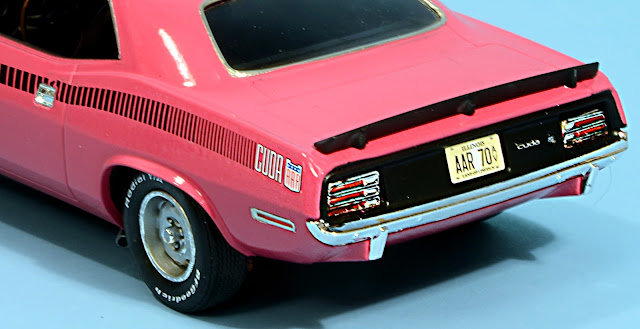 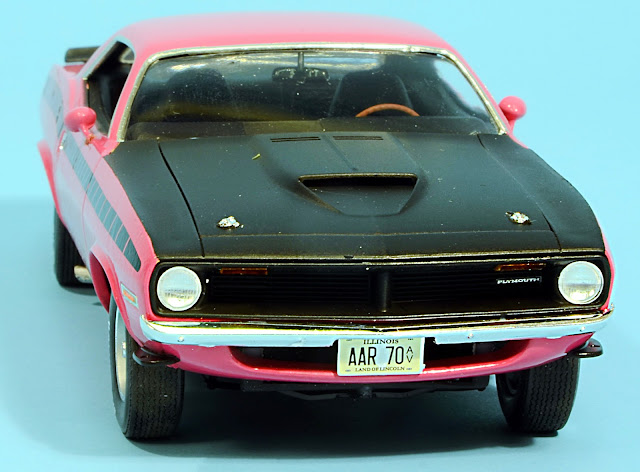 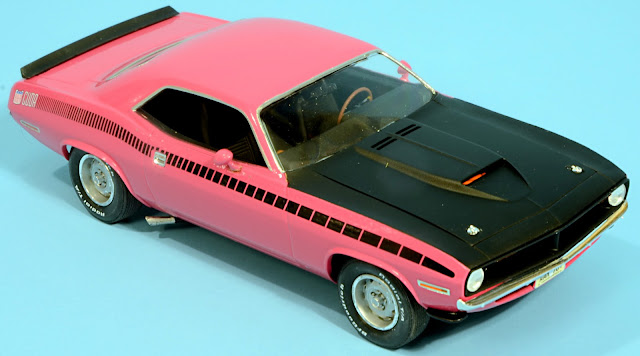 Underside view (below) shows the rear axle and engine, which I painted in Chrysler Orange.

With the hood and air cleaner (below, bottom left) removed, you can see that Revell has supplied plenty of detail in the engine compartment. For those who aren’t familiar with All American Racers (AAR), the team (logo below) was founded by a famed duo from motorsport, Dan Gurney and Carroll Shelby, in 1964. In 1967 Gurney won the French 24 Hours of Le Mans race with A.J. Foyt. When the medals were being given out, Gurney sprayed champagne over everyone crowding around the podium. The champagne-spray rapidly became a popular custom when celebrating a big win.

Summation
This kit ended up as a very satisfying build, the model finishing up as a fine example of a 1970s-era muscle car.

Thanks to Revell Germany for the review kit.

SMN note: The Cuda title is a shortened version of Barracuda, the original car's name.