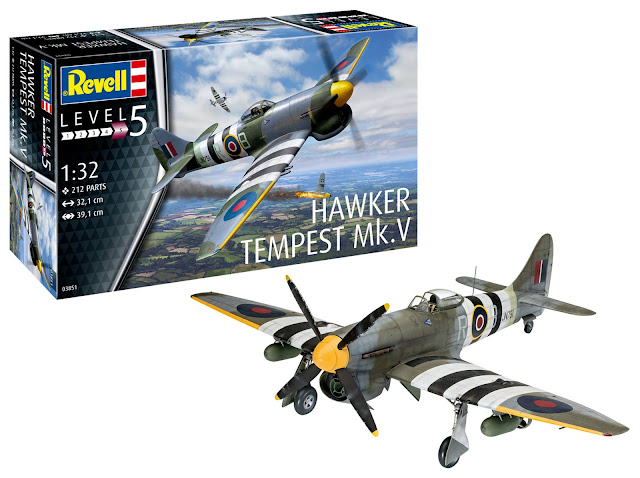 YESTERDAY, WE LOOKED at the Team Tempest future-fighter project. Today we look at the Revell 1:32 scale kit of the original Hawker Tempest, of World War II vintage.
SMN report: This Revell kit features the Hawker Tempest, an aircraft designed by Sydney Camm, also responsible for the earlier Hurricane fighter, of Battle of Britain fame. The Tempest, originally named the Typhoon Mk II, became one of the fastest fighters of World War II. The Tempest entered service in 1944, and was used for ground-attack and various interception duties, including patrols against the V-1 flying bomb, an early form of cruise missile.
The Revell kit is a detail-packed kit, which is rewarding for its ‘rivet count’ which cover the surfaces of the all-metal machine. The pix here show that Revell engineers have gone all-out to create a true-scale miniature, though no pilot is included. That’s a pity, as such a figure gives a real sense of proportion. However, 1:32 scale figures are available from other manufacturers, such as ICM from the Ukraine.
Click here to view ICM 1:32 scale figures.
Assembling the Revell kit is straightforward, with plenty of components – more than 200 of them – to keep you busy. Revell reckon it’s a Level 5 (most difficult) kit, though we think it’s relatively easy to put together. However, the level of detail, especially in places like the wheel wells and weapon carriage arms mean that plenty of time and care are required.
Summation
A handsome large-scale kit that rewards the careful builder. The Revell Tempest should be available in August 2020.
A line-up of factory-fresh Tempests (below), here photographed at the Hawker plant at Langley, UK. 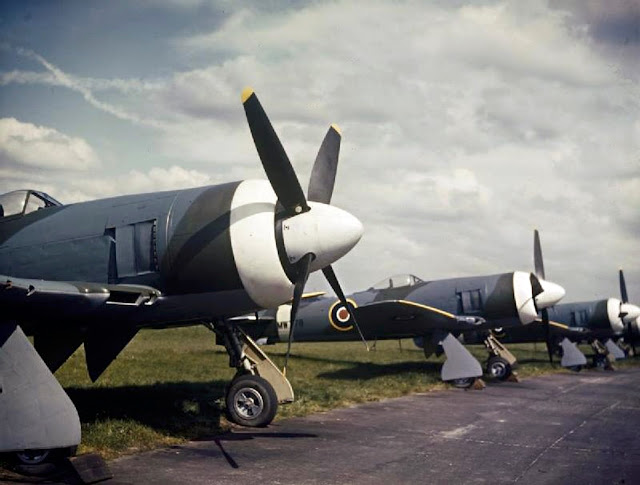 Pictures (below) of the assembled Tempest show that Revell has made a good job. 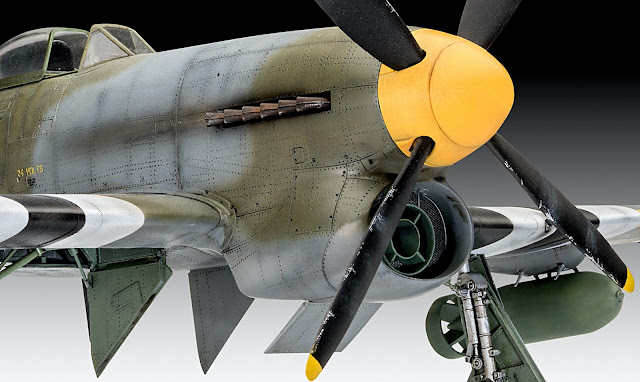 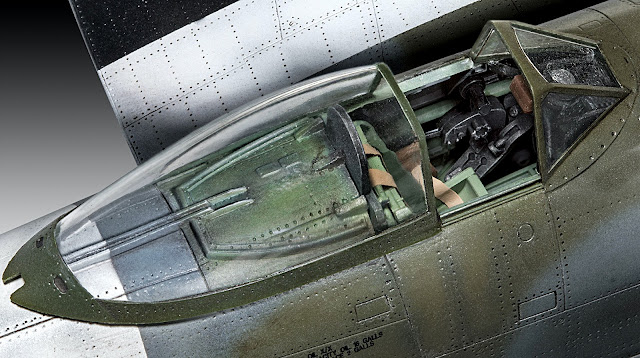 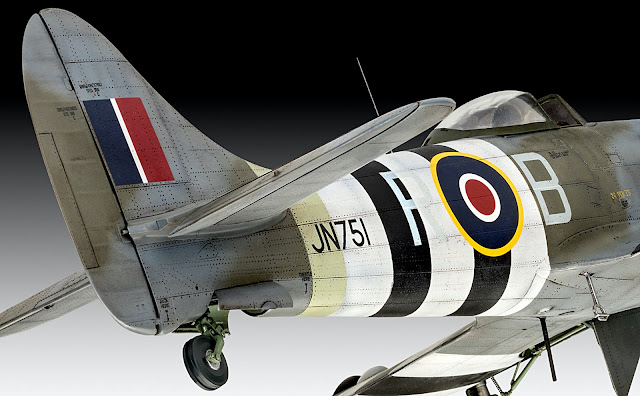 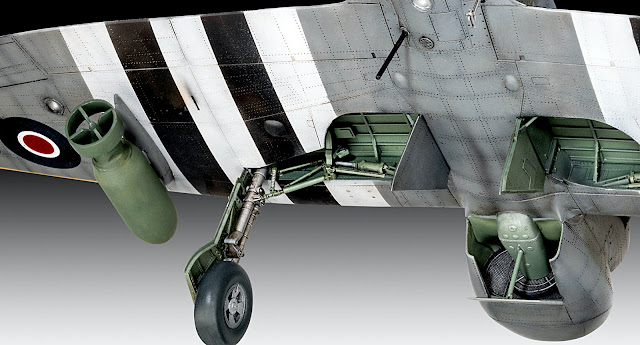 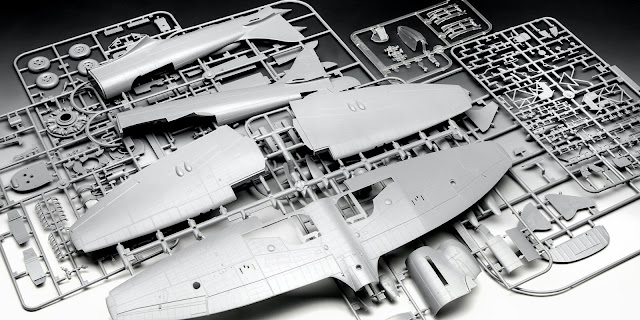