A GRAND OLD CLASSIC, the Airfix Bentley is still an excellent kit that shows off the famed Le Mans race car incredibly well.

SMN report: And now Airfix is releasing the 4.5 litre Bentley once more. But you don't have to stick to classic looks when you make it, as Mike Turner Design has some ideas for a modern take (below) on an old machine. 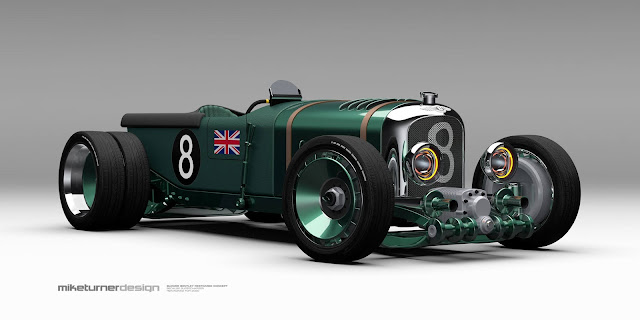 The MTD Bentley has double rear tyres, a popular racing item in the early days of auto racing. It's easy enough to ape the look, simply by adding matching tyres at the rear. The wheels look rather like Porsche components, though the large 1:12 scale means you might have to make these yourself or cut off the tops from plastic bottles. Either way, by leaving behind the old spoked wheels, Mike Turner has mode the whole car look much more modern. 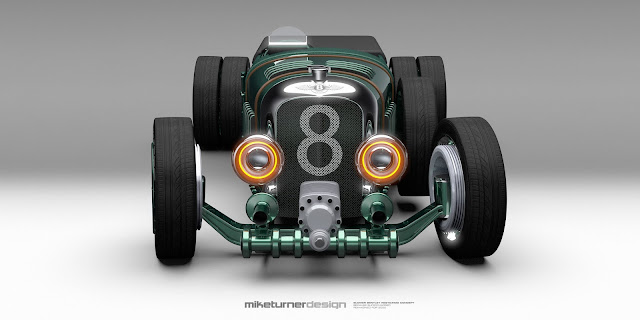 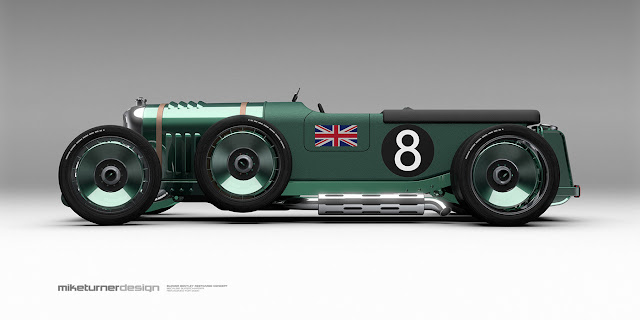 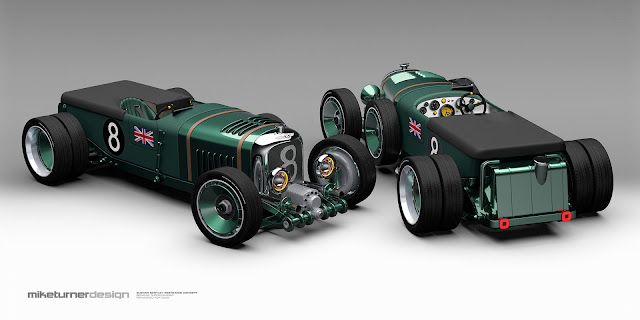 Shown (below) on one of the banked racing circuits that were built before World War II, the Bentley is shown leading competitors, following far behind. The LED lights give a modern, stylish appearance. 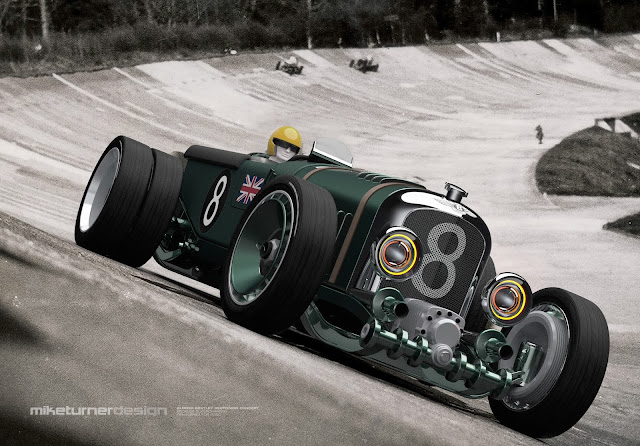 The black beast (below) is a neat twist on traditional British Racing Green Bentley colours. It's basically the same machine, but with the engine cover finished to look like Formula One-style carbon fibre. Wheels and seat match the scheme, while a skull logo is the main emblem. 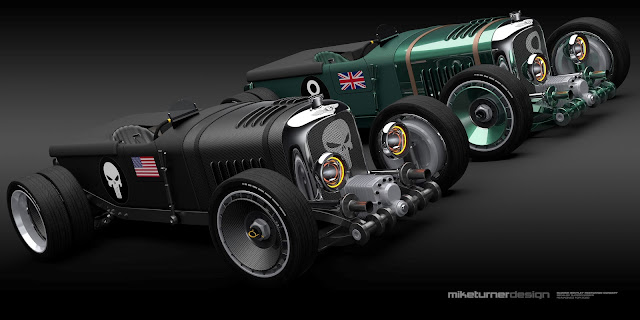 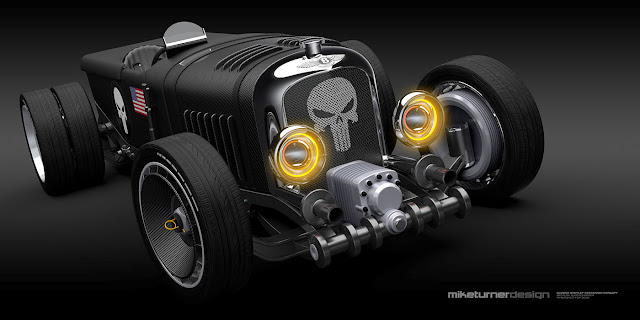