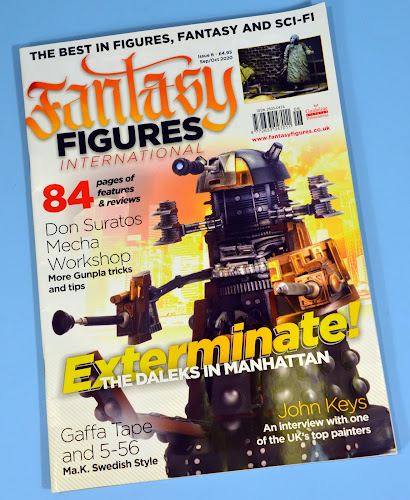 WE COVERED THIS NEW MAGAZINE when it was launched in 2019. Now Fantasy Figures International (FFI) has reached Issue 6, so it’s time for another look.
Mat Irvine: FFI seems to have settled down to doing ‘what it says on the tin.’ Early issues included some articles on subjects that were not really ‘fantasy,’ more traditional historic figures, but that was probably down to gathering enough articles to fill the pages. But now the vast majority of features back up the fantasy label. OK, in this issue there is an article on the Millennium Falcon, but that’s OK as Star Wars is generally regarded more as ‘fantasy’ than ‘scientific’ science fiction, even if the Falcon is a spacecraft, not a figure.

There are quite a few manufactures of fantasy figures. Some traditional kit companies are represented – two examples in this issue are Hasegawa and Airfix – but most models are from smaller ‘garage’ companies, such as Evolution Miniaures. Intriguingly, two articles in this issue of FFI use the same figure, ‘Stalker – Post Apocalyptic’ from Evolution, but the two settings are completely different. Well, both are dystopian futures, but that’s the only commonality!

There is also an article on Daleks in Manhattan, from Airfix. Those of us in the old BBC Visual Effects Department, who actually built the ‘reel’ beasts, could never decide whether they were ‘characters’ or not, so one can’t blame the publishers for including them here. And putting a Dalek on the cover of a magazine was never a bad move to sell issues!

Fantasy Figures International appears to be going from strength to strength and we wish the publication continuing success.

Click here to look up FFI at Guideline Publications.

A complex diorama (below) from Antonio Cases Garcia, entitled ‘Search and Destroy.’ 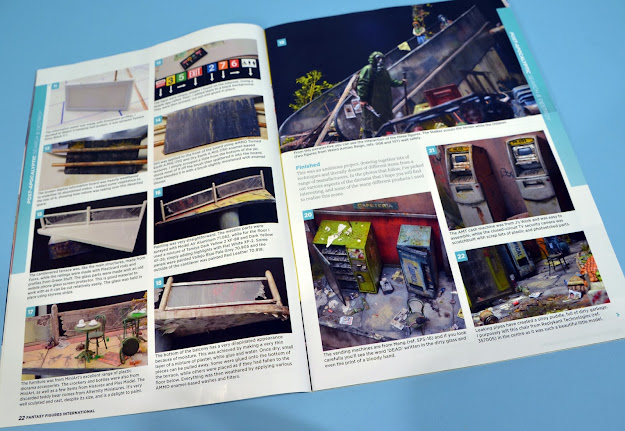 Not a figure, but certainly fantasy (below). Review by Abilio Piñeiro Grajera of the new 1:144 scale Bandai Millennium Falcon kit. 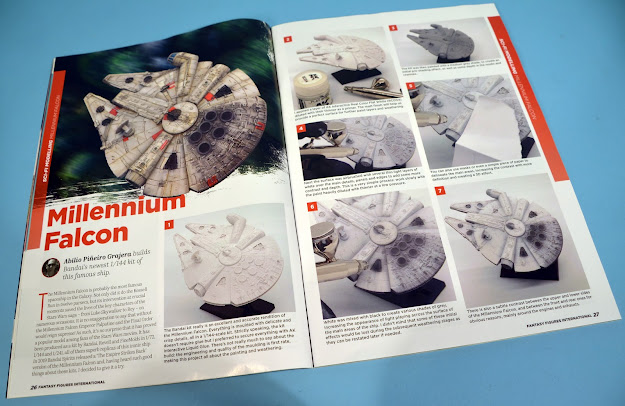 ‘Exploring the new World’ (below) by Diego Cuenca Vidal. The Evolution Miniatures Stalker figure even makes the FFI centrefold. 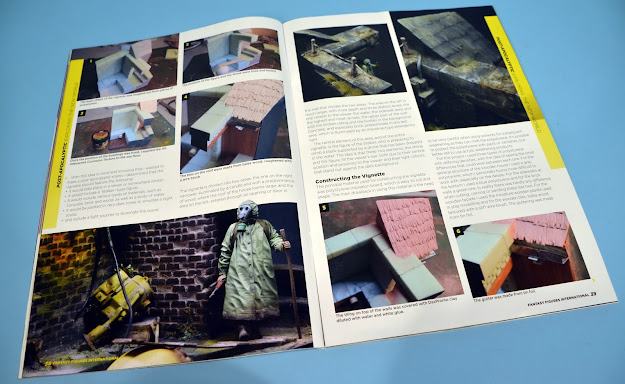 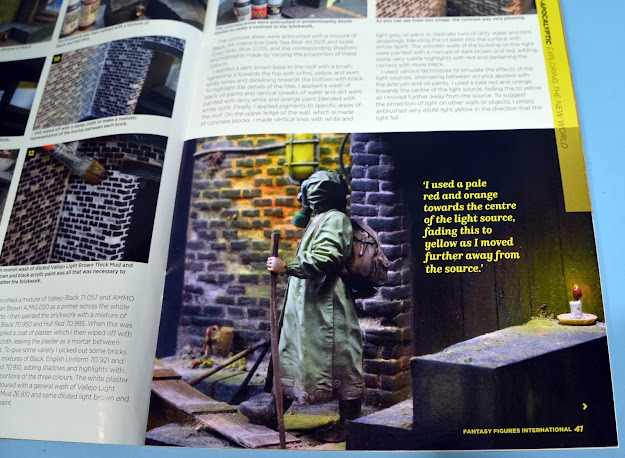 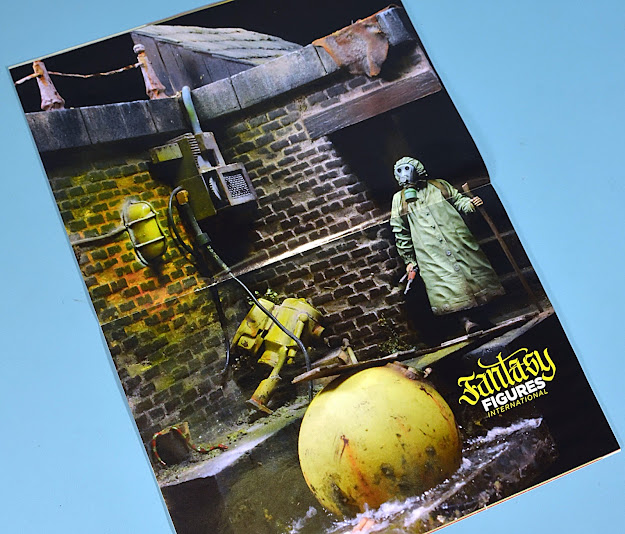 Fredrick Håkansson presents a new approach to SF-3D/Machinen Krieger (below). Being Swedish, he decided to make this Hasegawa Mk44 part of the Swedish army. 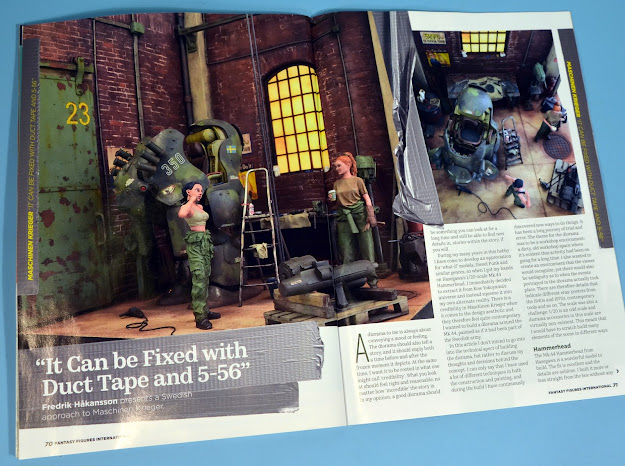 And here’s the Dalek (below). It's made from the Airfix Daleks in Manhattan kit, and built by Jose Luis López Ruiz. 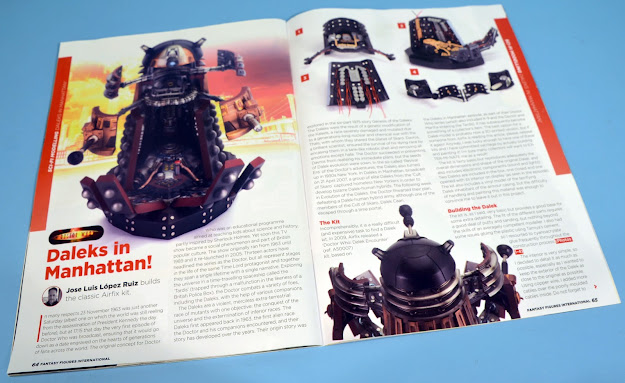 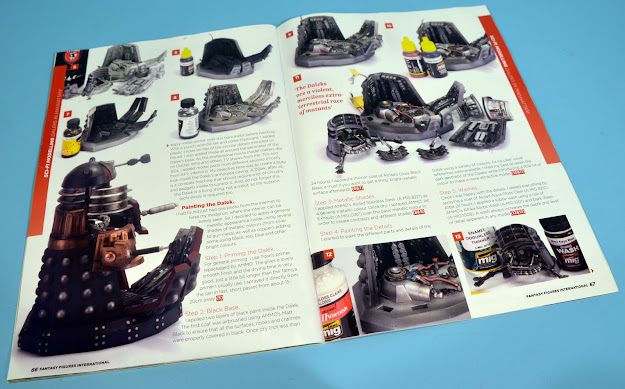 Here are some figures (below) available from Evolution Miniatures. Click here to see more. 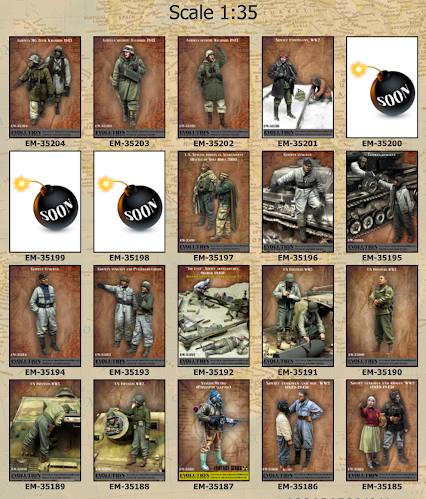