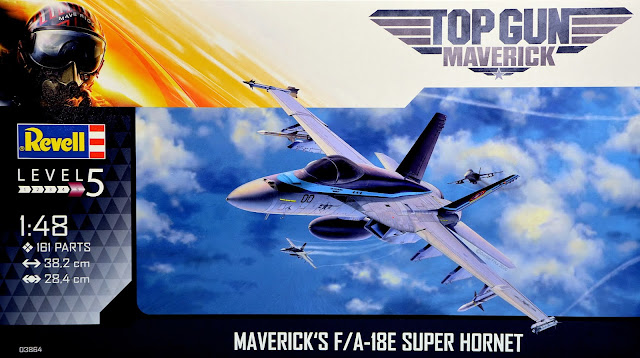 IN 1986 WE GOT we got the hugely successful movie Top Gun. Next, what will be 35 years later (the film release is due in 2021) we should see the follow-up Top Gun: Maverick. The star of the first movie, Pete ‘Maverick’ Mitchell (Tom Cruise), returns again, but now plays the role of a flight instructor.

Mat Irvine: The original movie featured a number of aircraft, so was a natural for model kit producers, their catalogues already being full of such craft. Consequently a number of kits appeared, though from Airfix and Testors, not Revell. This time, Revell is involved, with six kits overall – individual and sets, simple and more complex, and this 1:48 scale F/A-18. It’s a re-boxing of an existing Revell kit, but comes with appropriate decals for the movie machine.

The kit is top of the range, coming under Revell’s Level 5 for build and construction. There’s a detailed cockpit interior with 11 separate decals that need applying. There’s a detailed undercarriage which is intended to be build lowered. Few kits seem to come with a stand for a wheels-up in-flight position these days.

The landing gear is very detailed, the nose wheel struts even having six separate decals, with the main gear adding two more each. Then there is the full weapons load, supported by six pylons, three under each wing, plus wingtip positions and even the sides of the air intakes.

You have a choice of six different payloads, two of each, making a round dozen in all. Included in the kit are Sidewinder and AMRAAM (Advanced Medium Rage Air to Air Missile) missiles, Mk 83 GP and GBU-31 JDAM (Joint Direct Attack Munition) bombs, Advanced FLIR (Forward Looking Infra-Red) cameras and external fuel tanks. Parts for these weapons take up take up about a third of the kit’s total component-count.

So there’s a lot to concentrate on, and a pilot access ladder is also included. It’s therefore a bit of a pity there’s no pilot figure in the box, whether or not he looks like Tom Cruise!

Thanks to Revell-Germany for the sample kit.

Note: Click here to see plenty of Airfix kits for this film.

Back of the box (below) has useful detail photographs. The components are moulded in page grey and transparent. 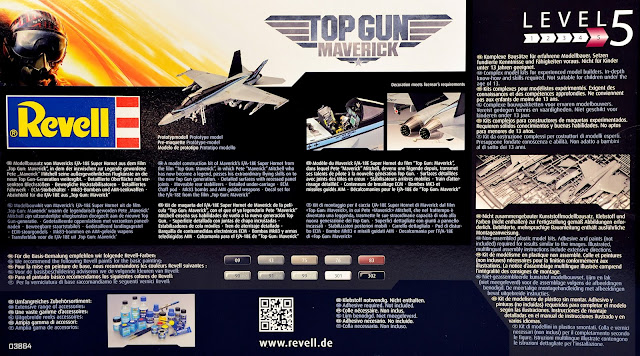 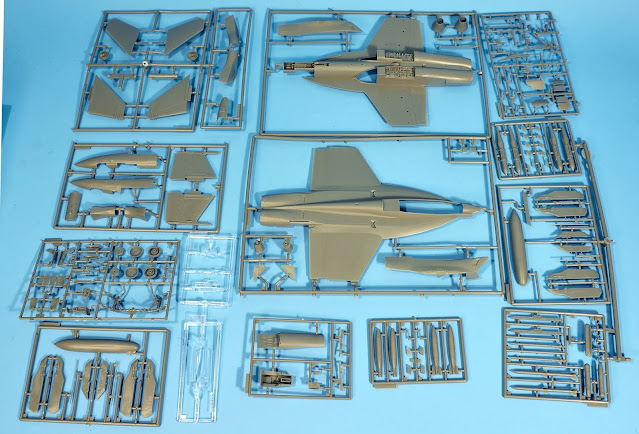 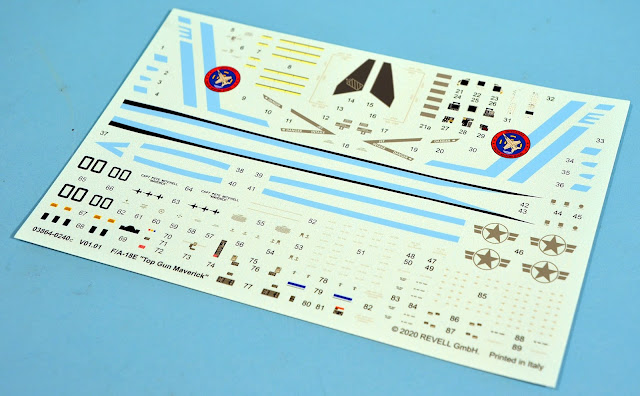 Instruction leaflet (below) is comprehensive, with full marking instructions. 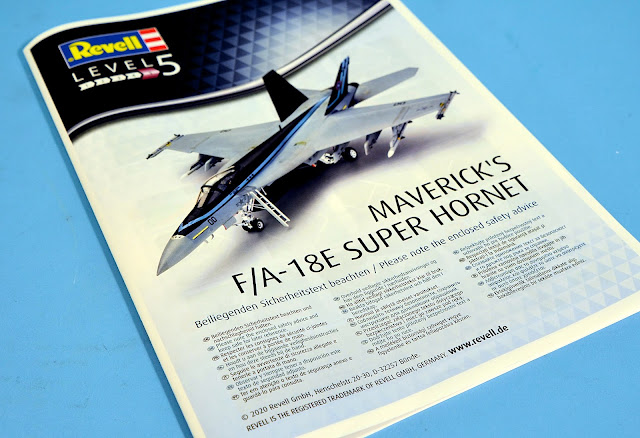 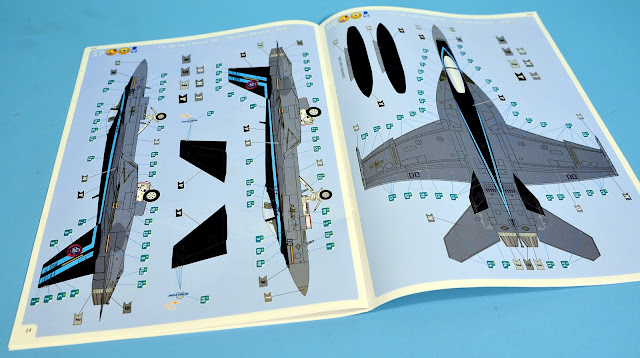 The assembled kit (below) as seen on the Revell stand at the 2020 London Toy Fair. 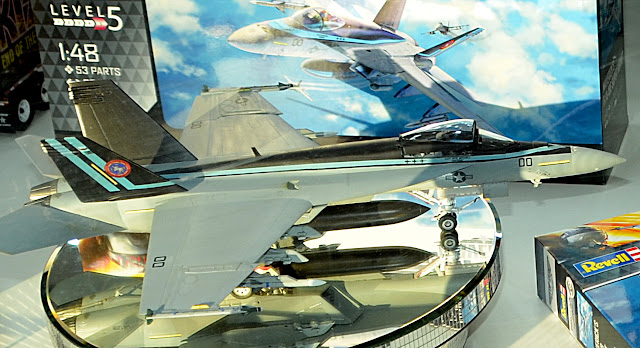