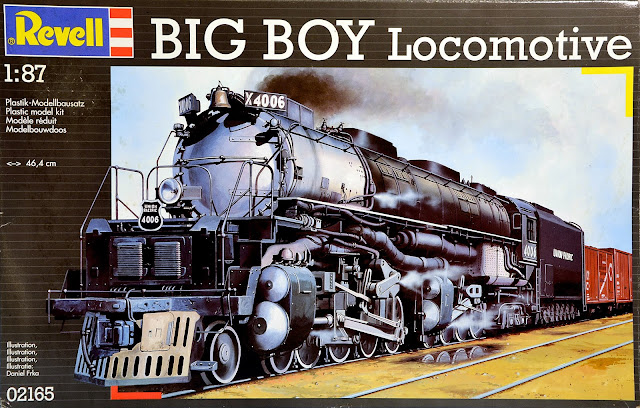 OF ALL INDOOR SCALE subjects, the one that stands out compared with, say, aircraft, cars or ships, has been model trains. This is primarily because model railroads are not static models – instead, they are intended to be working miniature replicas.

Mat Irvine: Model locos generally have built-in motors and run on tracks. But there are some exceptions, such as Kitmaster, a company that produced kits of locomotives and rolling stock. OK, there was also a Kitmaster motorcycle kit, the Ariel Arrow, but they were all static kits, to be displayed on your shelf along with those aircraft, cars and ships.

The idea of static railway locomotive kits also appealed to the one country which was definitively built on the railroad, the USA. Here, Monogram made two static loco models, one of which was the largest steam locomotive ever built, the Big Boy.

The Big Boy kit shown here is a Revell-Germany issue, and dates from a few years ago, though it is still in the company catalogue. The Big Boy is based on the original Monogram Snap-Tite kit, though you can use cement for assembly. When finished, it is an unpowered static model, but the wheels and running gear are intended to work freely.

The Revell Big Boy lives up to its name. Even in HO (1:87) scale, it’s BIG, and with a 4-8-8-4 wheel layout, there are lots of wheels in the box. The 16 main driving wheels are different axle-to-axle, so do take careful note of the instructions to make sure you’ve got the wheels correctly in place, otherwise the connecting rods won’t line up. The wheels have slots and tabs, so they should align correctly, but you are wise to double-check before cementing them together. Behind the loco is a 10-wheel tender for coal and water. And Revell have also included a two-piece length of track, on which you can display the finished model.

The finished colour scheme is primarily in black, though the front of the boiler and some details are finished in silver. A 1980s-era Monogram kit was issued with three sets of livery, though this Revell kit has decals for only two Union Pacific locos. It was the Union Pacific that developed these locos, as more power was needed to haul heavy loads up the steep pass from Ogden to Wasatch, Utah. The Big Boys were constructed by ALCO (American Locomotive Company) in two batches, the 1941 Class 1, followed by the Class 2 three years later.

Twenty-five Big Boys were built, of which eight survive, and are on display in museums scattered around the USA. Number 4014 was reacquired by Union Pacific in 2019, and has been restored to working condition. This means that the Big Boy still holds the record as the world’s most powerful steam locomotive. 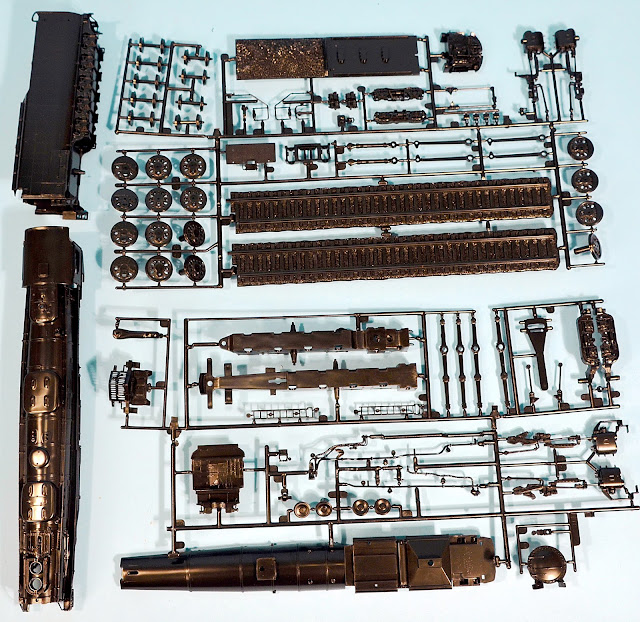 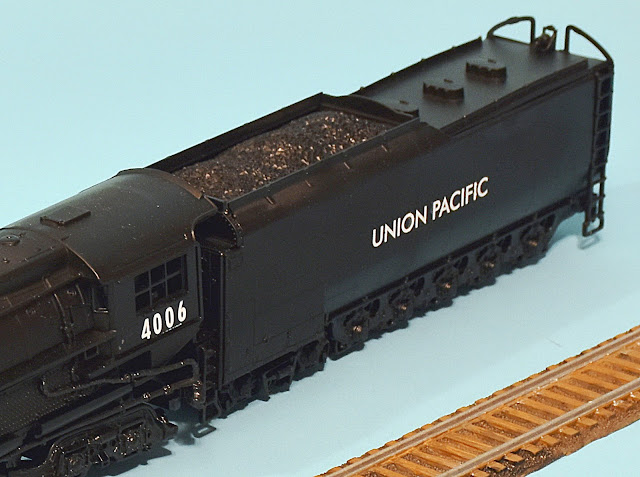 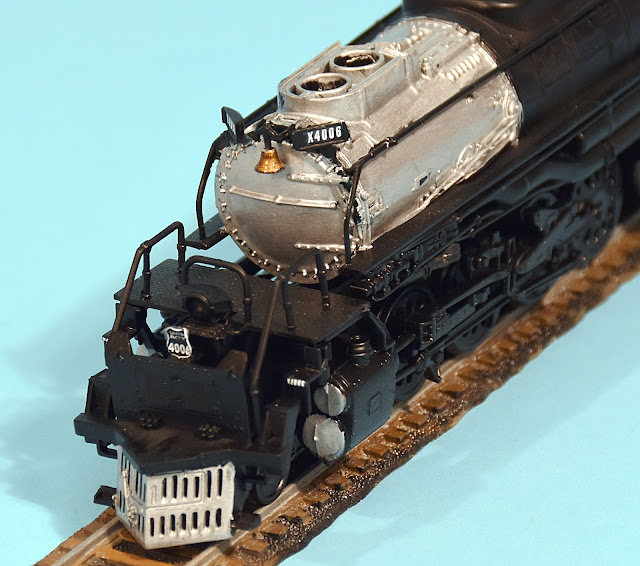 Completed model (below) placed on its display base, a length of track.

Monogram’s 1984 statement (below) notes that they are snap-tite models, for display first and foremost. Note that a Hudson was the other loco, and the first to be issued. The brochure picture (bottom) shows the three versions that were available in the box. 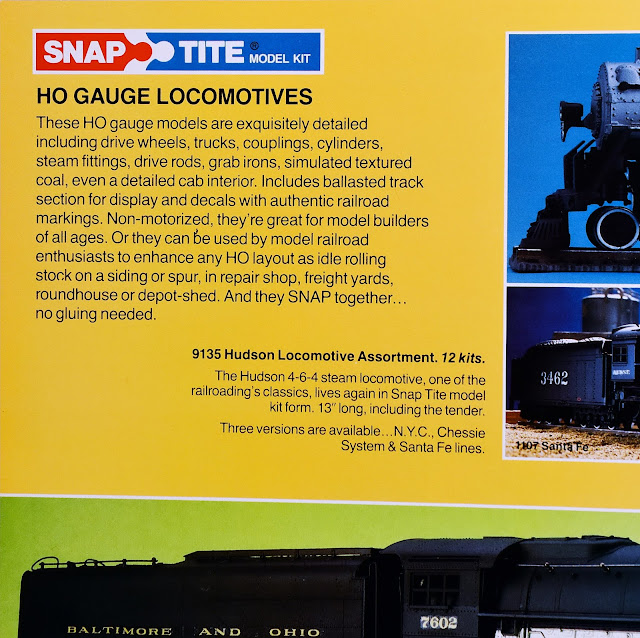