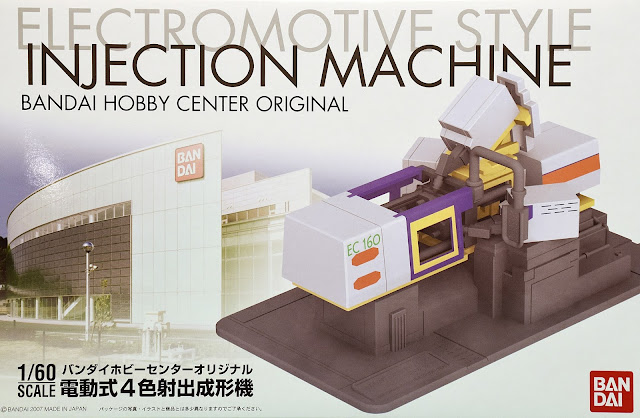 THIS UNUSUAL KIT depicts a Toshiba EC 160, a moulding machine that can inject more than one colour into a single plastic runner. Bandai uses machines like this to produce kits such as Gundam action figures and Star Wars models.

Mat Irvine: Bandai’s Toshiba EC160 kit dates from 2007. It was intended for the internal Japanese market, but is now more widely available.

The kit was almost certainly made primarily for publicising the machine's ability to inject more than one colour on the same runner. In fact, kits made in several colours are not unusual, Revell doing this as far back as the 1950s. But the colours were each on a separate runner, unlike those produced by the Toshiba EC 160. It uses specialist technology to goes through several injection cycles, with gates opening and closing relevant sections for each colour plastic. Here the EC160 kit is moulded in four colours, white, dark grey, yellow and blue.

It is a very simple kit, intended to snap together, with decals that are peel-off, not waterslide. I reckon the kit was made as a give-away item at shows where Bandai was exhibiting its latest line of Gundam figures.

If you don’t paint the kit parts, the Bandai EC160 will go together in about five minutes, and is not very large when assembled. But it is an intriguing model.

This isn’t the only kit of an injection-moulding machine. The Japanese company Nissei made four such kits, of various types of machine tools, but to the larger 1:20 scale. They were also issued by Fine Molds, once again probably as advertising giveaways.

But for me, producing a kit with multi-coloured runners is really just a gimmick. For most serious modellers, it serves no practical purpose as we normally paint kits to achieve maximum realism. So moulding major components in plain white or light grey is generally the best option. And if manufacturers wish to produce multi-colour kits for less experienced builders, then they can just produce them the traditional way, using several runners, each moulded in a different colour.

The kit (below) includes a single multi-coloured runner, peel-off decals and Japanese-only instructions. 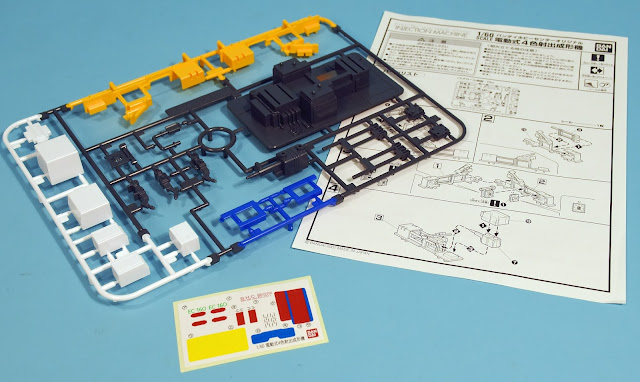 Closeups (below) of the division between the various coloured sections. 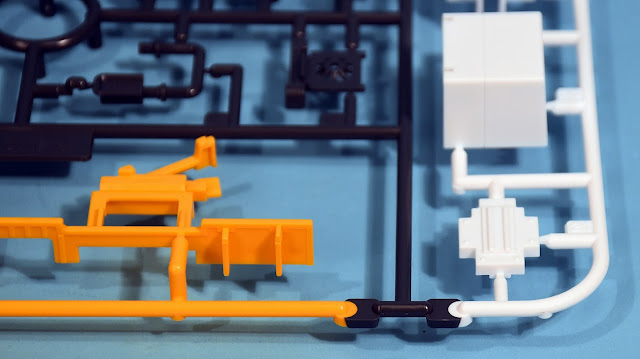 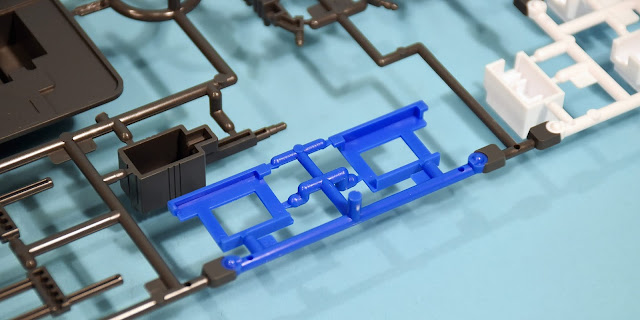 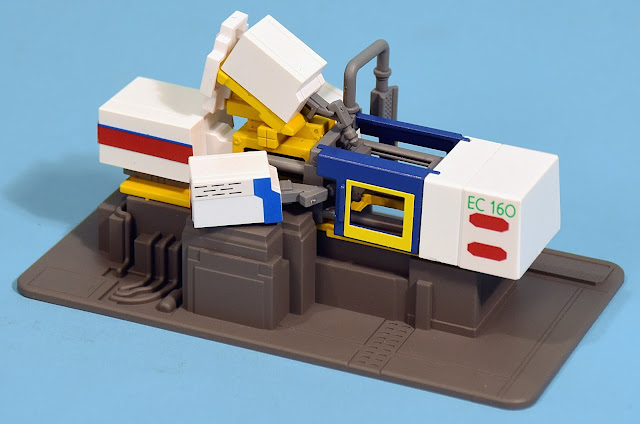 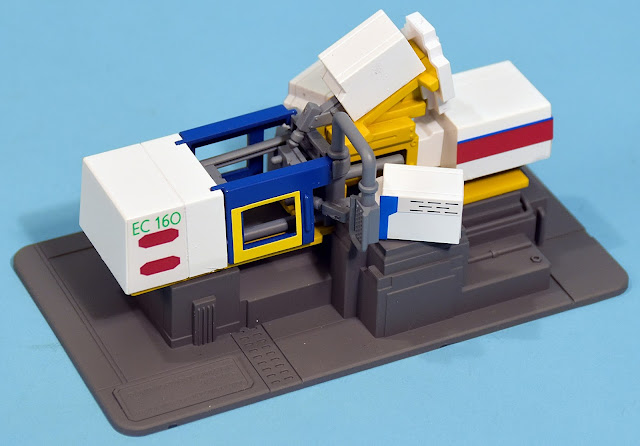 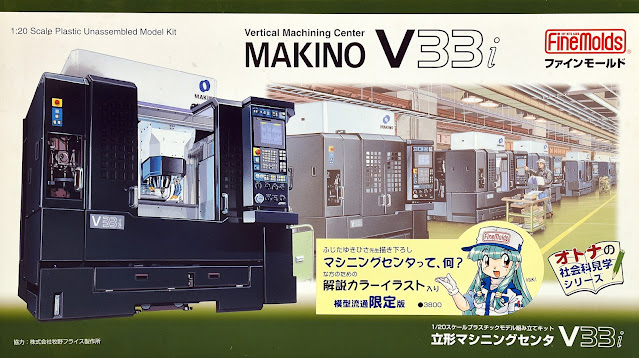 SMN note: For less experienced model makers, or the time-poor, multi-colour kits are really useful. We’ve reviewed multi-colour Bandai kits, and the finish you can achieve in a short time is so much better than trying to rush a good paint job. Bandai offers the magic combo of accurate snap-tite technology and multi-colour runners.