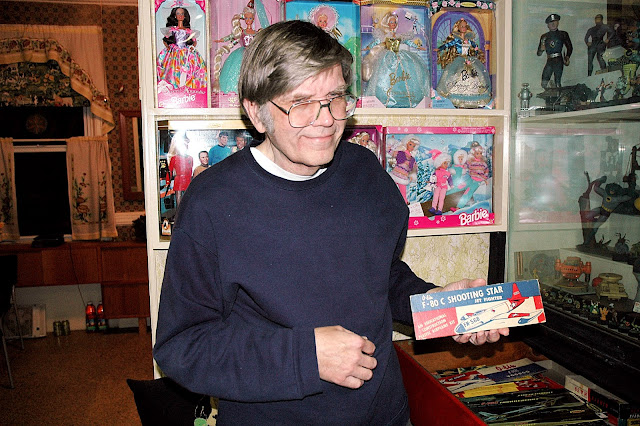 A NAME THAT WILL BE familiar to many modellers, Andy Yanchus sadly died in Florida on 11 September 2021.

Mat Irvine: For many years Andy Yanchus worked with Aurora Plastics in West Hempstead, New York State, where he one of the two Project Managers there. Andy worked across the subject range, but in particular he came up with the Monster Scenes idea, a smaller version of Aurora’s classic monster kits, but presented in ‘scenes.’ In recent years he collaborated on a book with Dennis L. Prince to tell the controversial story of the Monster Scenes idea. The tale includes enraged parents, news headlines, and eventual cancellation - not bad for for a series of plastic models!

Andy amassed a large model collection at the family home in Brooklyn, NY, and was extremely knowledgeable on the kit industry and its history. I encountered him when I wrote my first space models article for Scale Models International magazine, for the August 1974 issue. A certain Andrew P. Yanchus wrote to me, pointing out various models I’d missed!

Aurora closed in 1977, though Andy had left two years earlier, moving to Marvel Comics as a colorist, an artist who adds colour to pen-and-ink line drawings. He also worked on Marvel’s short-lived Doctor Who comics.

Andy was a long-time member of the Brooklyn Plastic Modelers’ Society, for which he wrote various newsletters including Star Watch and The Runner. He also devised his own Clipper newsletter, compiled from relevant modelling articles that appeared in newspapers and other media. Later, he moved to making digital scrapbooks across a wide range of subjects, which are published online through Flickr.

Most recently, he’d been a consultant to the newly created Atlantis Models company, coincidentally located in Long Island, not that far from where he had worked with Aurora around 40 years before. Andy was always full of surprises. Although knowing him for many years, I only found out relatively recently that he was a great country music fan!

Unfortunately he’d been plagued with ill-health in recent years, and had been in and out of hospital so much that he started an email blog to friends entitled Andy in Hospitaland. The Covid-19 pandemic didn’t help matters and his retired-nurse sister Pat travelled from her home in Florida to help. This continued until the last few months, when they both moved down to Pat’s home, which was on one level, with air-conditioning, neither of which applied to Andy's brownstone in Brooklyn.

He was a good friend, though never shy of pointing out where you were in error. He will be greatly missed by all of his close friends, and I suspect also by those many people that did not know him personally, but knew him as an important name in the modelling world. 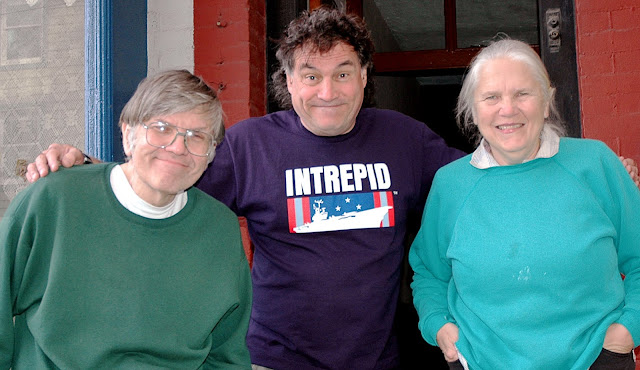 Andy (below right) with Peter Vetri (left) and Rick DelFavero of Atlantis Models. 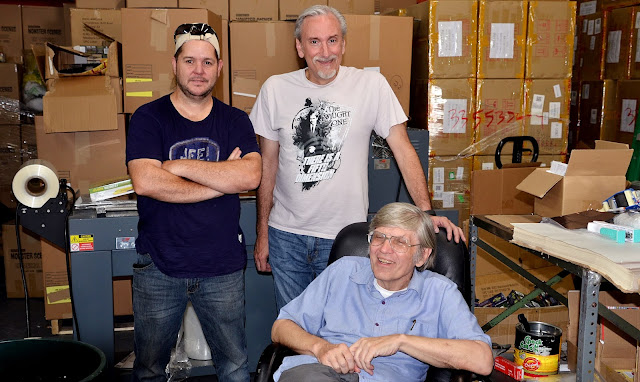 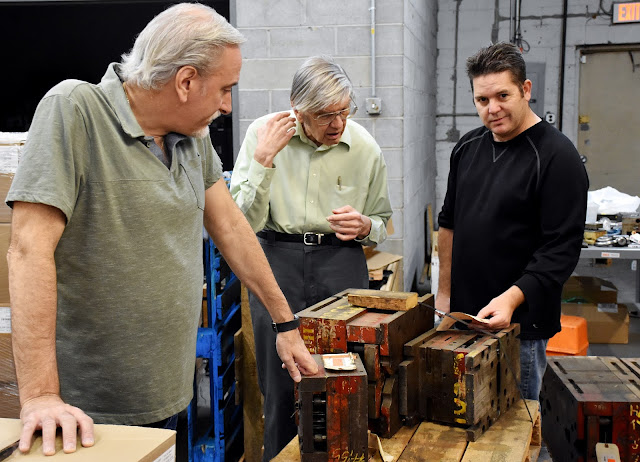 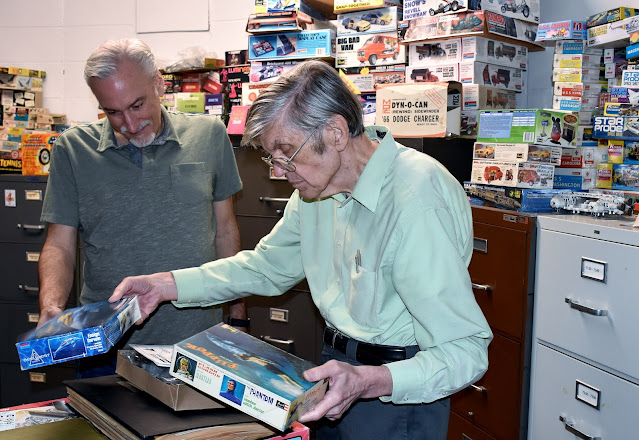 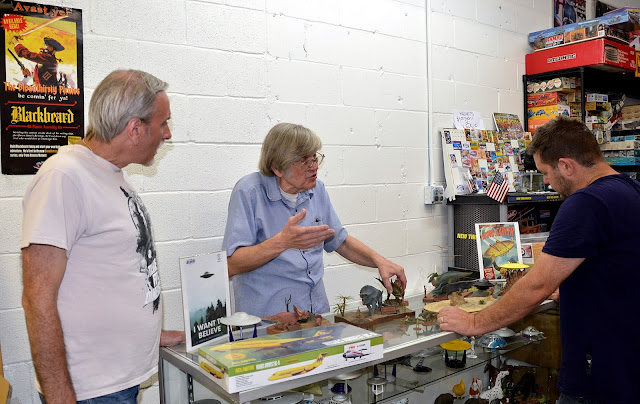 Andy mimics the Statue of Liberty (below) in the foyer of the Gulliver’s Gate display in Manhattan, 2017. 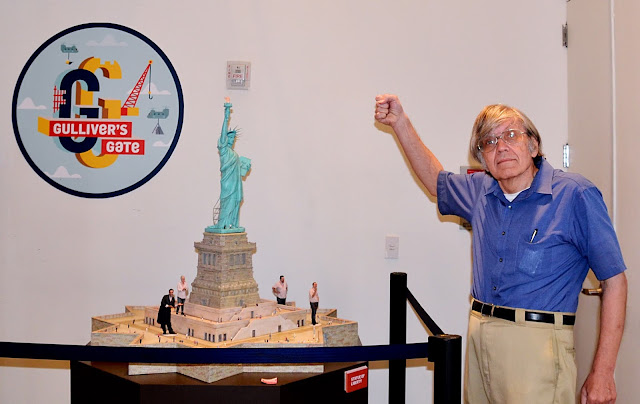 At a General Motors show (below) in New York, 1992. Here Andy (right) attempts to remove a part from a ‘full-size Corvette kit’ display. Modelling writer JC Carbonel from France, looks on in Gallic amusement. 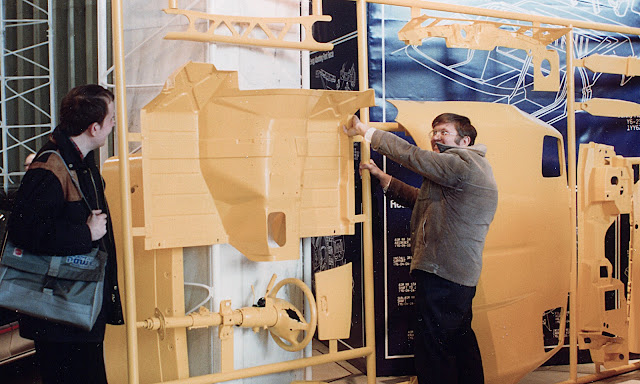 Andy outside his old Aurora offices (below) in West Hempstead. The pic dates from the late 1990s, long after Aurora ceased trading in 1977, and the building itself was demolished in 2006. 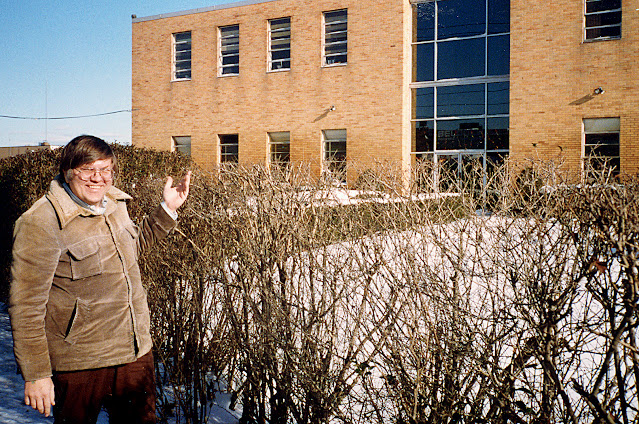 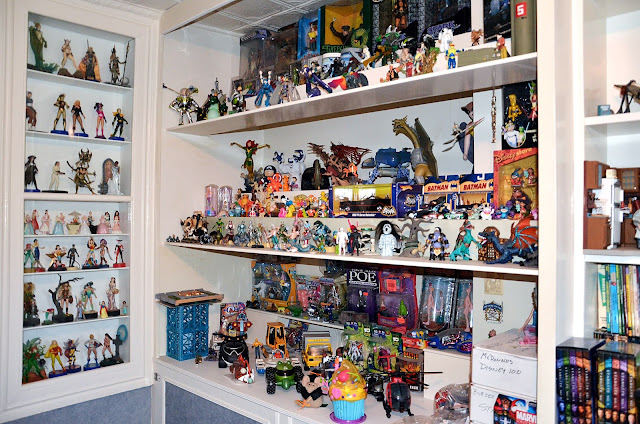 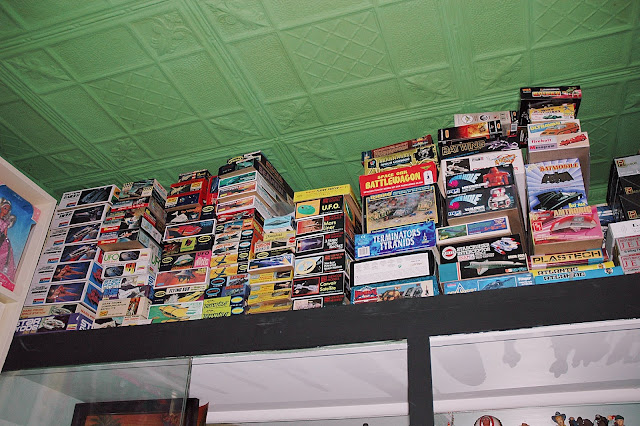 Andy holds an early kit (below), this one a Lindbergh O-Lin model, a short-lived brand name, created between Paul Lindberg and a Mr Olsen.

Andy (below) shows us one of his modified and painted figures on top of one of his ‘special’ bases, this one actually the lid of a Folgers coffer jar! 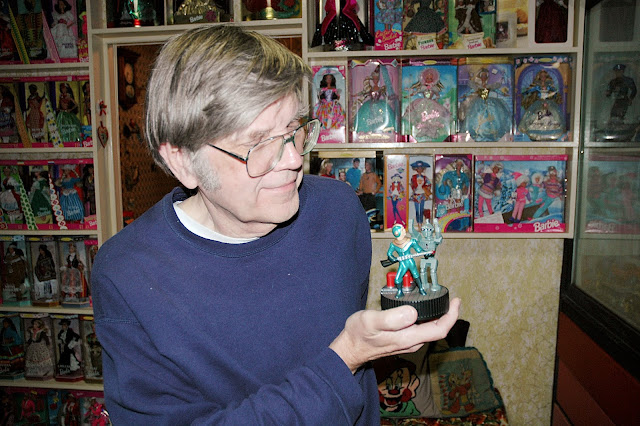 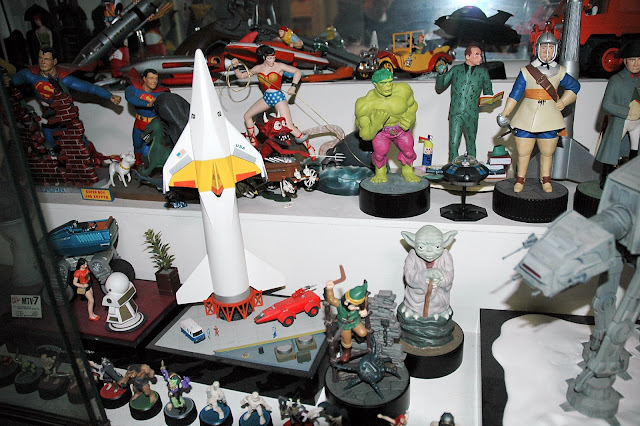 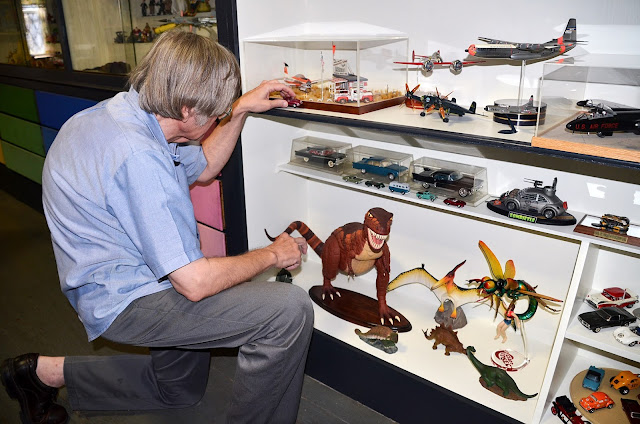 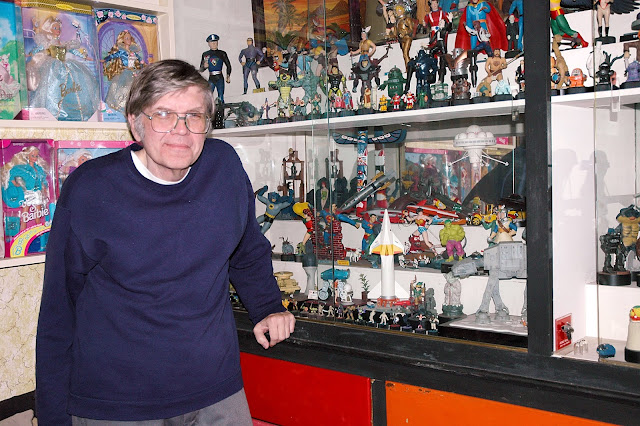