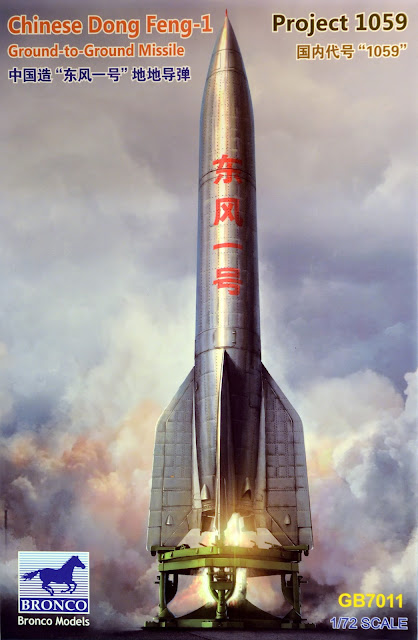 IF THIS ROCKET LOOKS LIKE a German V-2 rocket, that’s because it is – sort of. The Chinese Dong Feng 1 (East Wind 1) ground-to-ground missile was based on the Soviet SS-2 Sibling missile, which itself was a lengthened V-2.

Mat Irvine: This Bronco Models kit is not brand new, being first issued in 2019, but it has only recently come to my attention. It is a relatively simple kit, moulded in two runners, one in light grey for the missile, the other dark grey for the classic V-2 launch pad. On the side of the box it claims to be ‘No Glue, No Paint, Quick Build’, but although the rocket halves, engine nozzle and even the fins can be ‘snapped’ together, smaller parts, especially those for the pad, still have to be glued together. In addition, although the two grey colours could avoid painting, some more appropriate shades are a better bet.

Main assembly is indeed fairly simple, but the launch pad has a number of very small and very fine parts, especially where the rocket fins sit on the pad. Parts B9 are especially fine and need great care when removed from the runner, a job best done with a a small razor saw.

Three colours scheme are given. One, with ‘Dong Feng 1’ written in simplified Chinese characters in red over a silver rocket, is the most colourful, but this is only seen on the DF-1 displayed in the Chinese Military Museum, Beijing. The prototype, called Project 1059, is white, with the supplied black markings, while production versions were dark green with a black and white nose cone. The appropriate white decals are supplied with the kit.

About the Dong Feng

The license-built Soviet SS-2 was first termed ‘Project 1059’, but that later became the Dong Feng (East Wind) 1 missile. The DF-1 was a short-range ballistic missile of around 600 km range. It was intended to carry a high-explosive warhead, but no launches ever carried the intended payload. The DF-1 had a short life, from the late 1950s until 1966, and was used mainly for test and training purposes.

This model came from Hannants

The Bronco DF-1 model (below right) compared with a standard V-2, showing the increased length of the Chinese rocket, which had basically double the range. 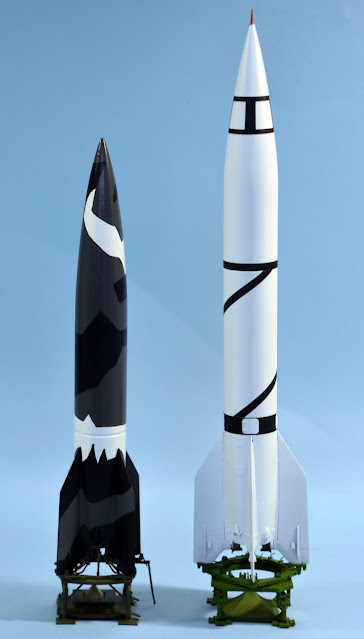 Finished model (below) in the Project 1059 scheme. Note the included launch pad, though the wood base was an extra added after assembly. 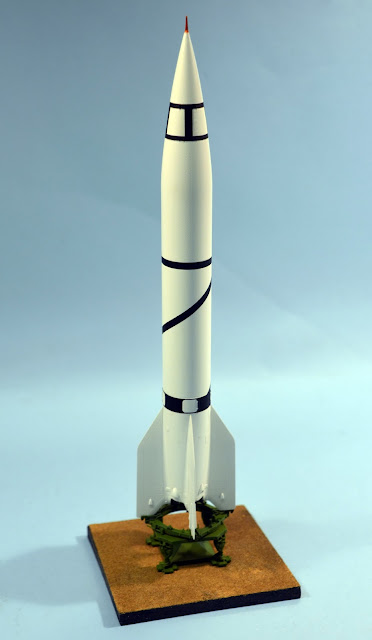 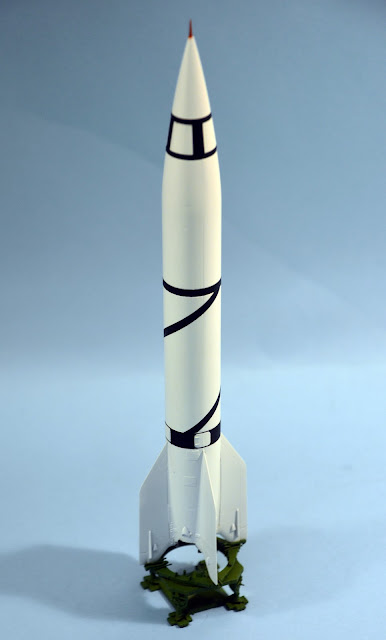 Reverse side of box (below) with instructions. 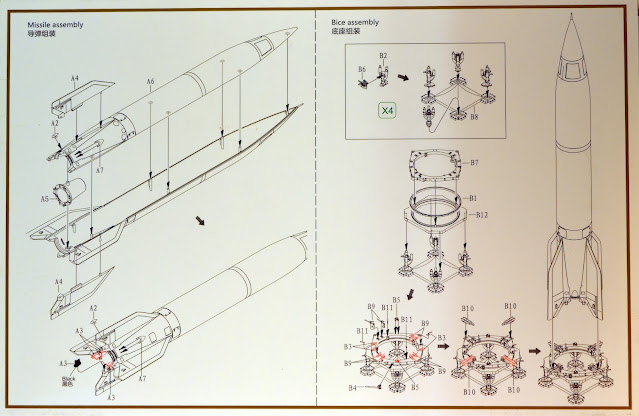 Parts layout (below) showing light grey for the rocket, dark grey for the launch pad. There are two sets of decals, one for the Project 1059 and production versions in back and white, and one for the simplified Chinese characters in red for the Museum version. 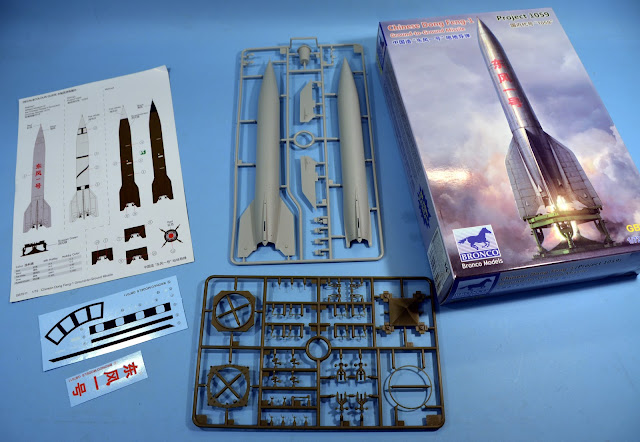 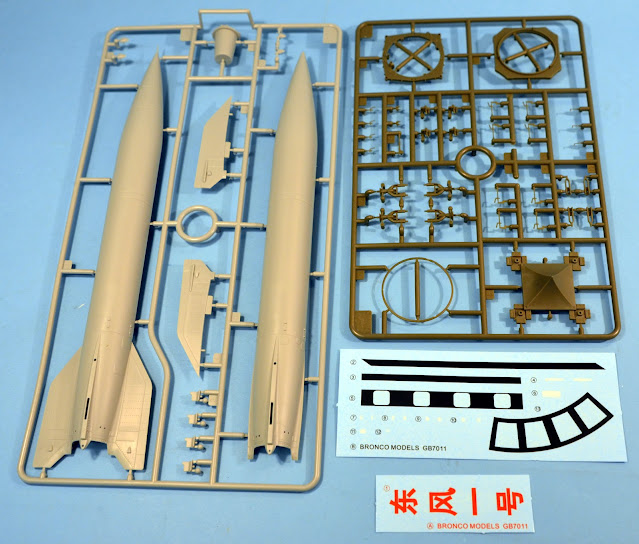