MACRO-MODEL FROM A MICRO-SIZE ORIGINAL: THE ATLANTIS AMOEBA 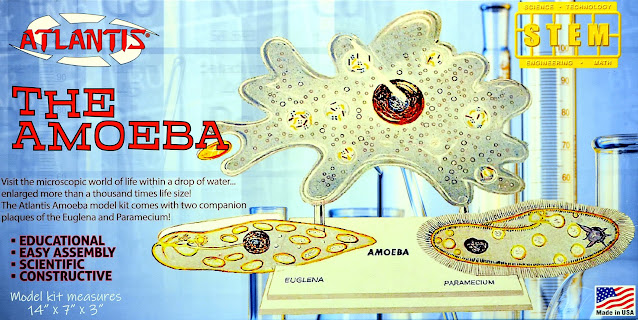 The size of these tiny beasts does vary, but if we take an ‘average’ Amoeba proteus (if there is such a thing), its length or width, whatever you call it, ranges from around 200 to 700 micrometres across, about .5 mm. The size of the Atlantis amoeba model is about 200 mm at its widest, so the scale works out to around 400:1.

The model is moulded entirely in clear styrene because, at this size, ‘colour’ doesn’t really come into it, as colour pigments are generally larger than the object. So amoebas are basically clear, and consequently moulding the kit entirely in transparent styrene is appropriate. This could make a visually boring model though, so the instructions suggest painting various sections, to make them stand out. This is rather in the manner of staining slide sections for the microscope, allowing various features to stand out.

However, what the instructions don’t say is that it’s best to use transparent colours, which ‘tint’ much better, and most hobby paint companies make these. I used the Tamiya range – red, blue, green, yellow and orange – with Testors transparent blue spray paint as a background for the amoeba’s innards.

The amoeba isn’t quite all you get in the kit, for Atlantis has included two other single-cell organisms, a paramecium and euglena. Both are single mouldings of clear styrene, but, like the amoeba, definitely benefit from picking out their structures with transparent paint.

The base, also clear, will take the amoeba either way round, so you can display with either the ‘cross-section’ forward, or the outer membrane. The paramecium and euglena fit either side in slots provided.

Kit history: This Atlantis kit actually started life being made by Superior, which existed up until the early 1970s, when most of its tooling was acquired by Lindberg. The company made a number of these educational-type models, including a similar range of human anatomy models to those of Renwal. Atlantis has has issued this present kit in its schools-orientated range, known as STEM (Science, Technology, Engineering and Mathematics).

The Atlantis Amoeba kit took me back in time somewhat, as it reminded me of the time when I studied  zoology and botany for several years, and spent hours painstakingly drawing these unicellular creatures!

SMN note: This amoeba model might also be a boon for sci-fi modellers. It could be the main feature in a diorama featuring an alien lifeform, such as The Blob from the 1958 movie of that name. The film starred Steve McQueen battling a creature that devoured all in its path across rural Pennsylvania. As it did so, it grew bigger, redder, and more aggressive, eventually becoming larger than a building. As the movie poster of the time declared, it’s ‘indescribable, indestructible! Nothing can stop it!’

Parts layout (below) reveals that their transparency makes them slightly difficult to make out. 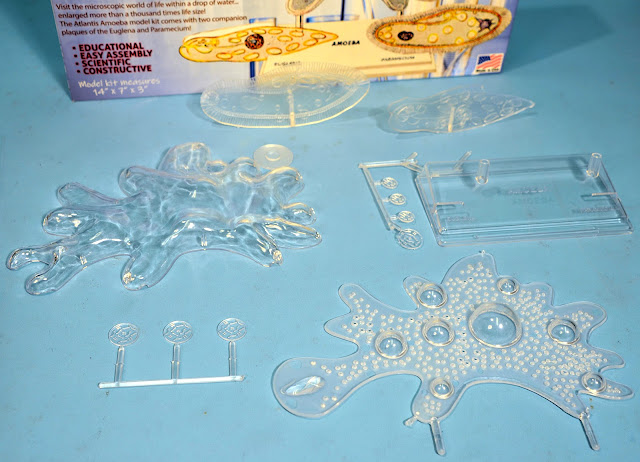 Part of the instructions (below) showing the various part names. 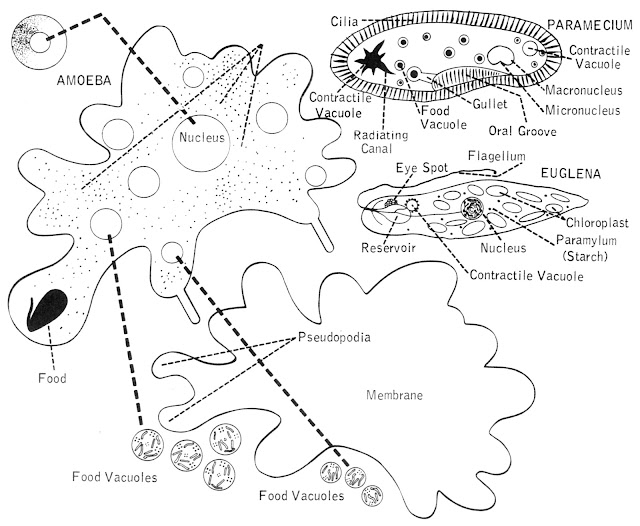 Painting using Tamiya transparent paints (below). The blue tint on the main amoeba section (top left)  is from a Testors transparent blue spray. 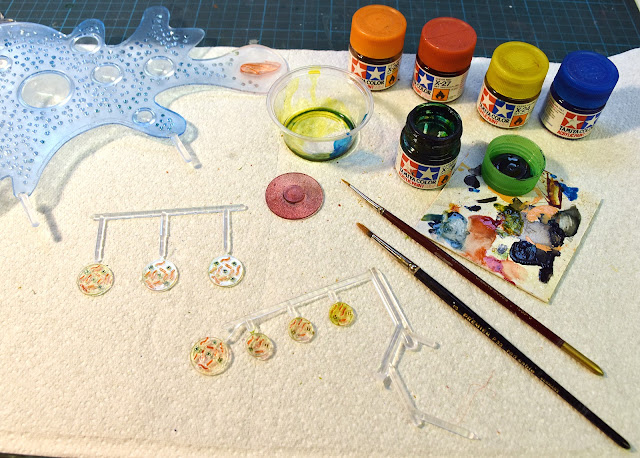 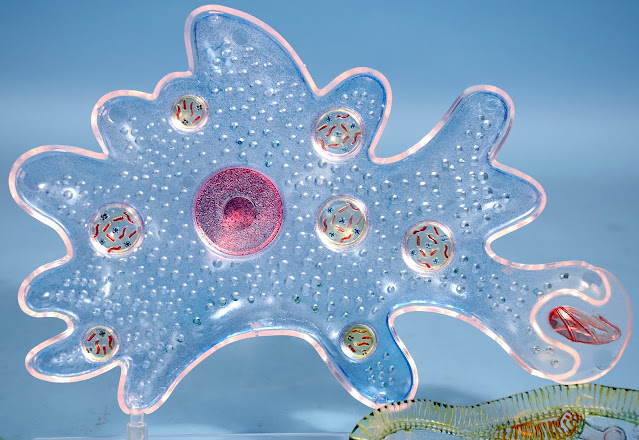 Closeup (below) of paramecium. 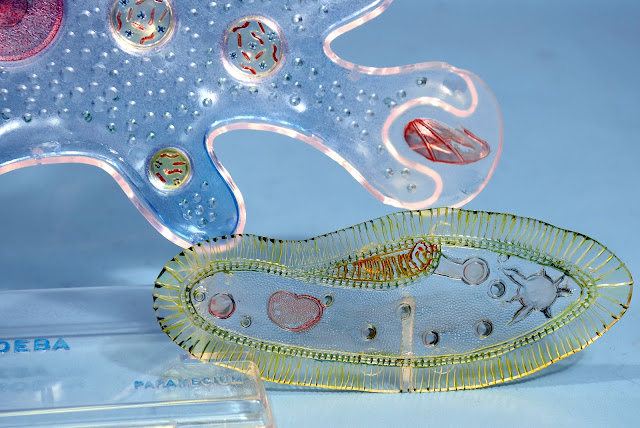 Closeup (below) of euglena. 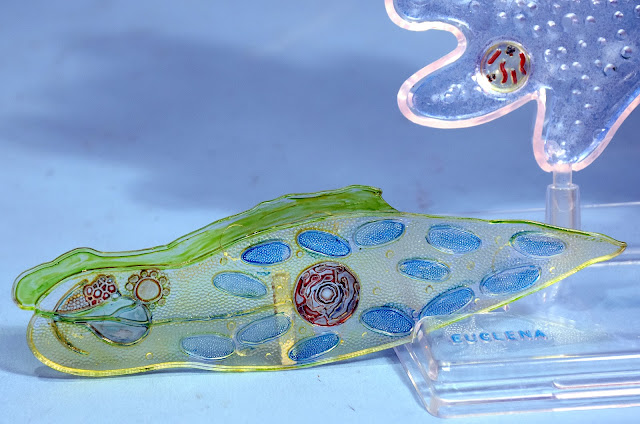 Completed kit on the stand (below) with cross-section side of the amoeba facing forward. 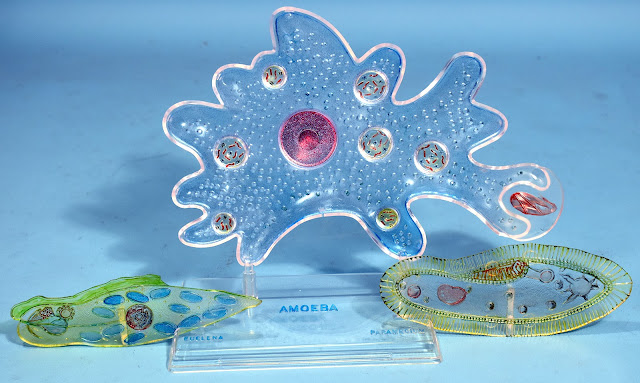