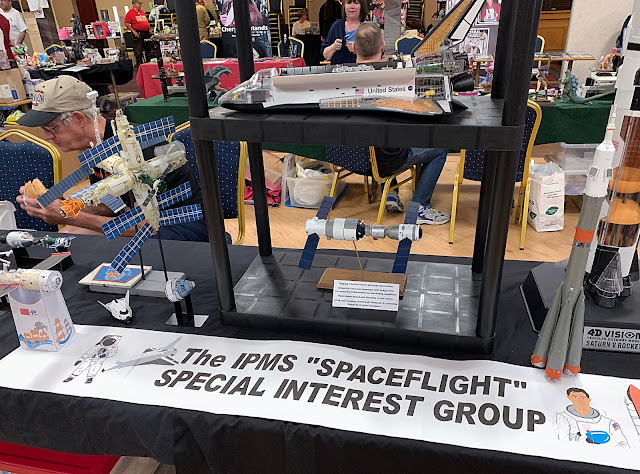 WE SAW SMALLSPACE 9 reaching out to sci-fi model fans recently. Last weekend, it was the turn of the sci-fi enthusiasts of Corby, a town in the UK’s East Midlands.

David Jefferis: Whereas Smallspace concentrates on being a scale model show, Corby’s event took a much wider look at the worlds of science-fiction and fantasy. Among the differences were fans that included Cosplay (costume play) as part of their lives. As you will see from the pictures (below) a sleek green skin-tight suited Power Ranger cut an impressive presence. And outside, realistically attired Imperial Stormtroopers and a Doctor Who were on patrol to usher visitors to the show.
Model fans were catered for by the IPMS Spaceflight SIG (Special Interest Group), members of which displayed many spacecraft. Of particular interest to me were scale models of several SpaceX craft, especially a beautifully-made miniature of the full-stack SpaceX Starship, ready for liftoff.
The BBC’s Doctor Who made a strong impression too, with a Dalek, K-9, and much more forming an excellent corner of the show. Another interesting display showed a life-size Han Solo from Star Wars, frozen in carbonite, as featured in the movie The Empire Strikes Back.
Corby itself has plenty of modern buildings (pictures at bottom) that could serve nicely as background props in a sci-fi movie. The large swimming pool building and the even larger ‘Cube’ make a stark pair that could well feature in anyone’s view of a dystopian future. It’s just as well that their brutalist architecture is balanced by plenty of trees and grass to be seen elsewhere in the town.
Pictures from the show (below) can be seen enlarged by clicking on each image. 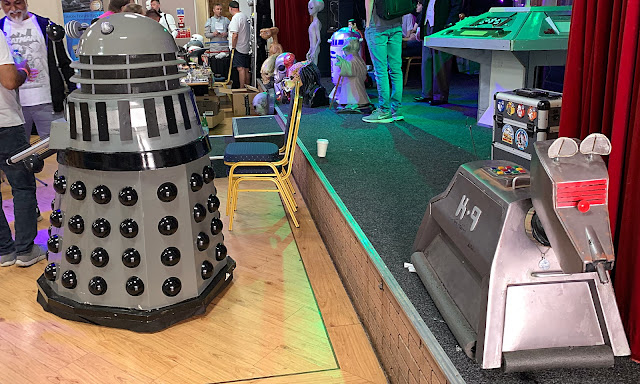 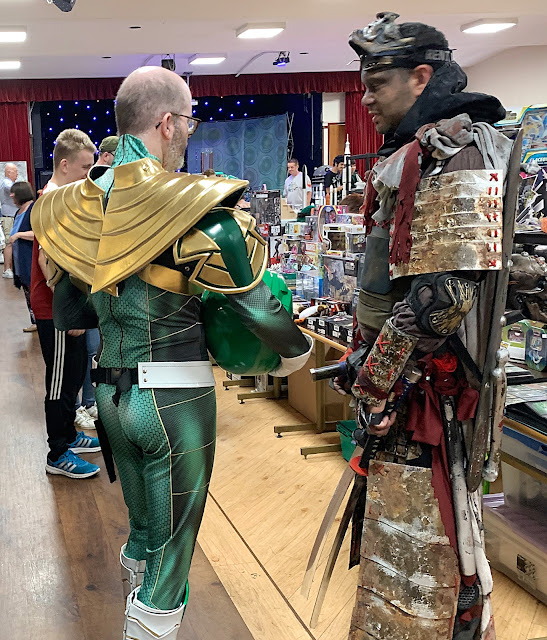 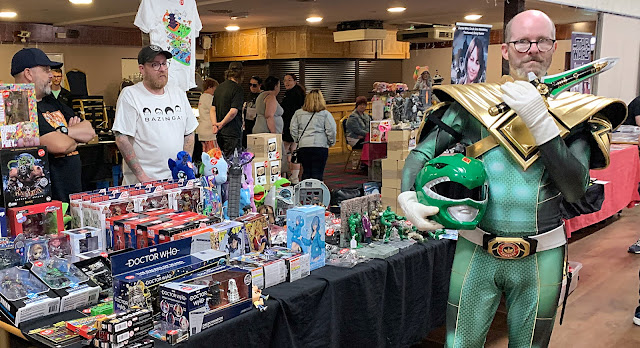 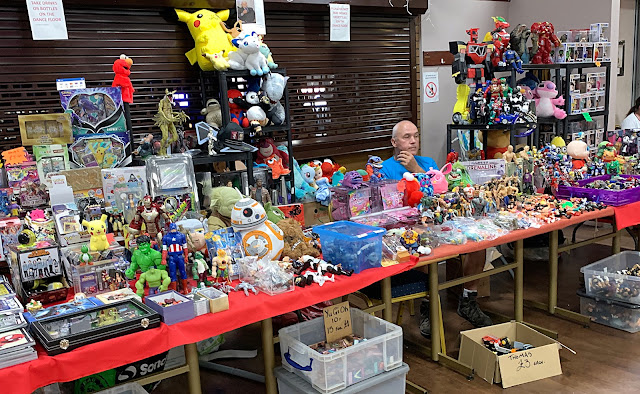 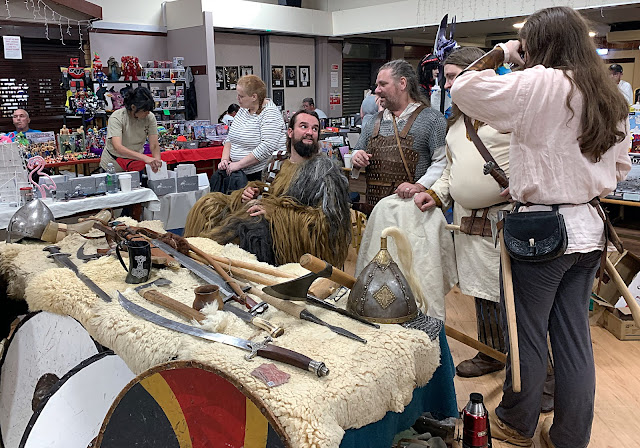 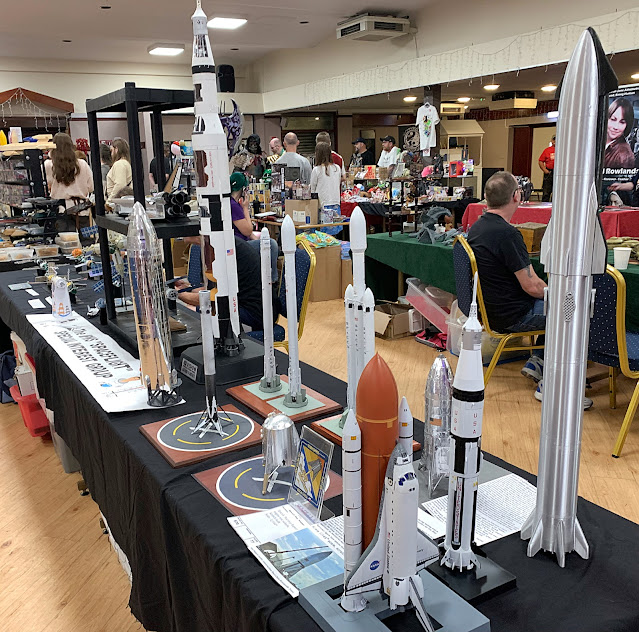 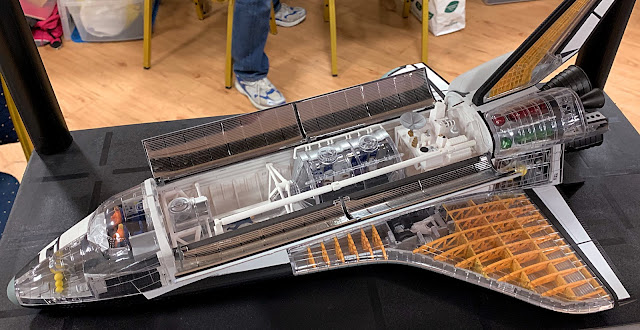 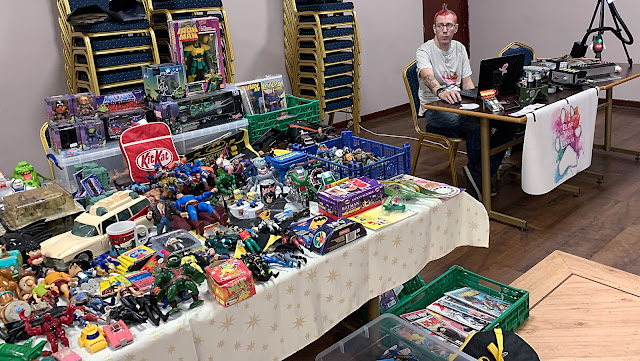 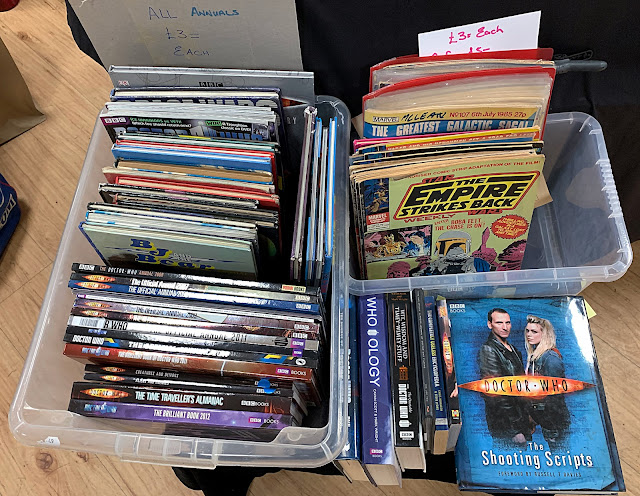 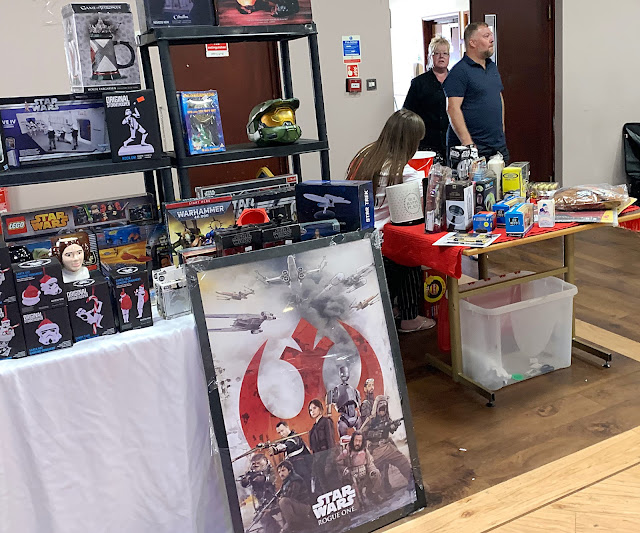 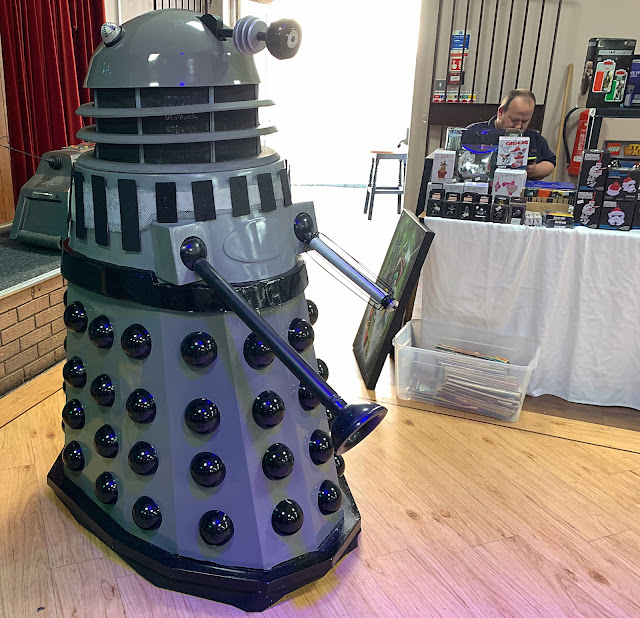 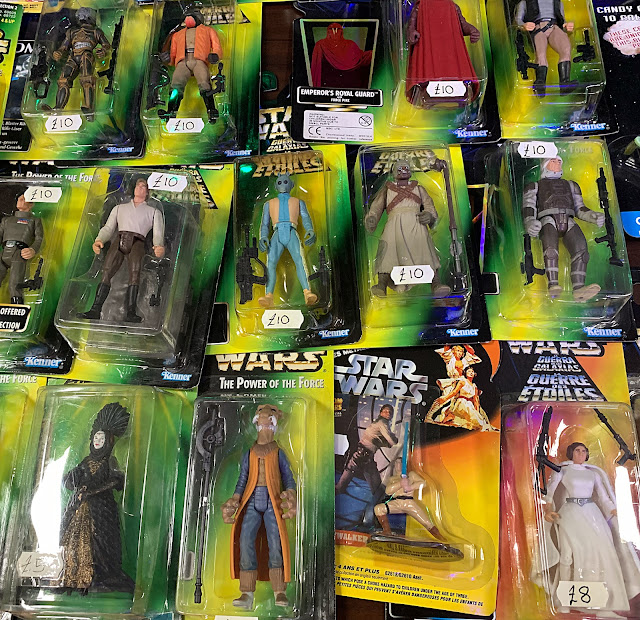 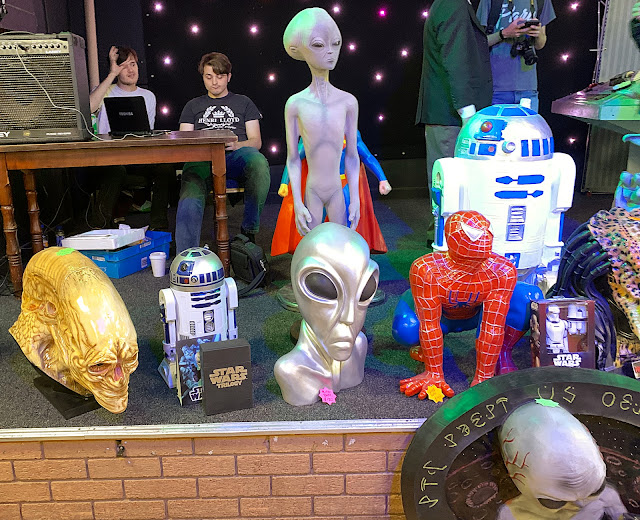 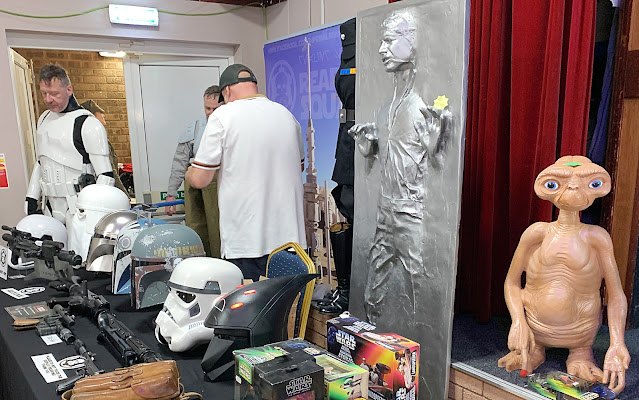 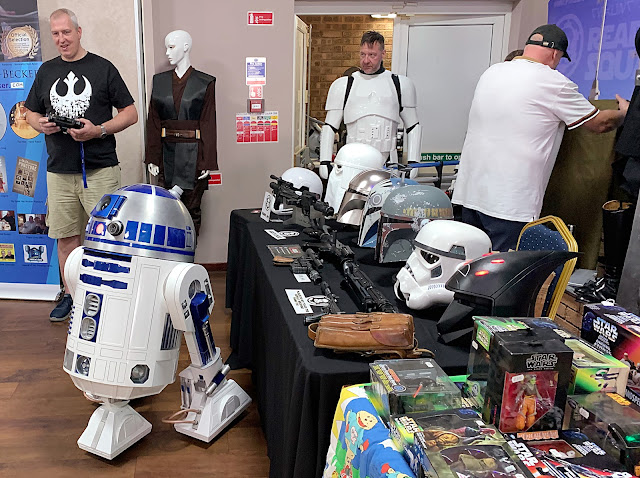 The Corby Cube (below) squats in the centre of town, opposite the curving lines of the swimming pool. 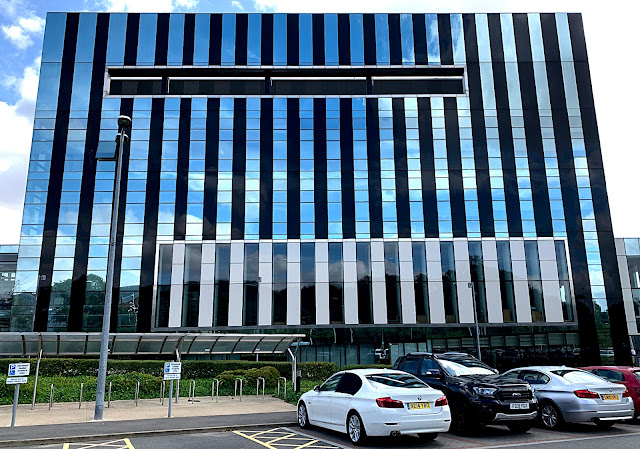 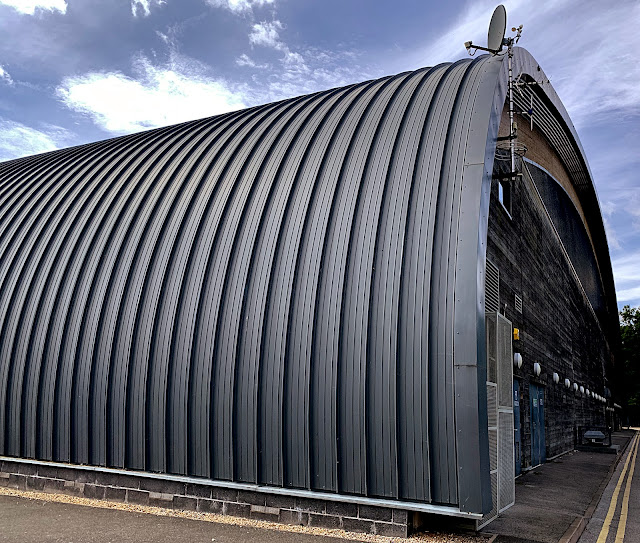