QUICKEST DRAGSTER MODEL KIT EVER MADE? 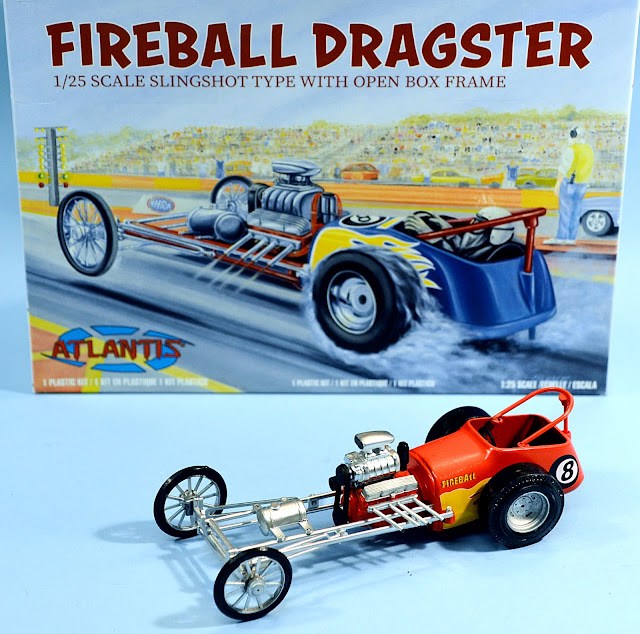 IF YOU WANT A QUICK TO ASSEMBLE and reasonably easy rainy-day kit build, this could be the one.
Mat Irvine: The Atlantis Fireball Dragster is a reissue of a Monogram kit from 1961. It first appeared in a series that Monogram termed ‘Forty Niners,’ perhaps as a play on the old ‘1849 Gold Rush’ term, but more likely down to the fact they were priced at 49 cents. (Those were the days…) There were two reissues in 1967 and 1970, but the kit hasn’t seen the inside of an injection-moulding machine since.
These were simple kits, moulded in one-colour styrene, so there are no clear or chromed parts, or vinyl tyres for that matter. The Chevrolet engine block, with GMC blower (aka supercharger) is moulded in two main halves, with separate front panel, blower belts, rocker covers and headers (aka exhaust pipes). The rail frame consists of two halves, with radius rods, drag link (which connects the steering linkage to the front wheels) and front axle. The two-part fuel tank sits between this and the engine. Front motorcycle wheels and tyres are each in one moulding, with separate axle-caps. The rear drag slicks and wheels are two halves for each side. Finally, there’s a two piece body, with separate firewall, steering wheel, seat, and two-piece roll bar.
Several paint schemes are printed on the box bottom, but it’s really a case of paint as you wish. The only slight modification I made to the recommended assembly order was that the instructions say to attach the rear wheels to the axle before the latter is sandwiched between the upper and lower body halves. But this makes applying decals on the sides difficult, so I simply installed the axle, but left off the slicks until the decals were in place.
There are no chrome-plated parts, but one of the chrome sprays made by both Testors and Humbrol will suffice. Body and engine block were sprayed with Humbrol Arrow Red 238. I then masked the engine, and sprayed the blower and air scoop in chrome-finish Humbrol 191, along with the frame rails and front axle.
I sprayed the wheels in chrome finish, and the tyres in dark blue-black. The attractive yellow-flame decals needed to be cut slightly to fit precisely over the rear axle and drag link support.
Using my test build as a timer, I reckon you could put the kit together in 10 minutes, though you need to allow more for painting and decal application.
A slightly surprising fact about the kit is that most Monogram Forty Niners were to 1:32 scale, somewhat smaller than this dragster’s 1:24/25 scale.
Scale stats
Atlantis Models: Fireball Dragster
Scale: 1:24/5*
Parts: 30
Assembled length: 140 mm (5.5 in)
Manufacturer’s ref: M6710
* Monogram listed the kit at 1:24 scale, Atlantis at 1:25, but as it’s a generic model, either fits.
Thanks to Atlantic Models for the review kit. Click here to visit their site.
Parts layout (below) shows all components are moulded in white. 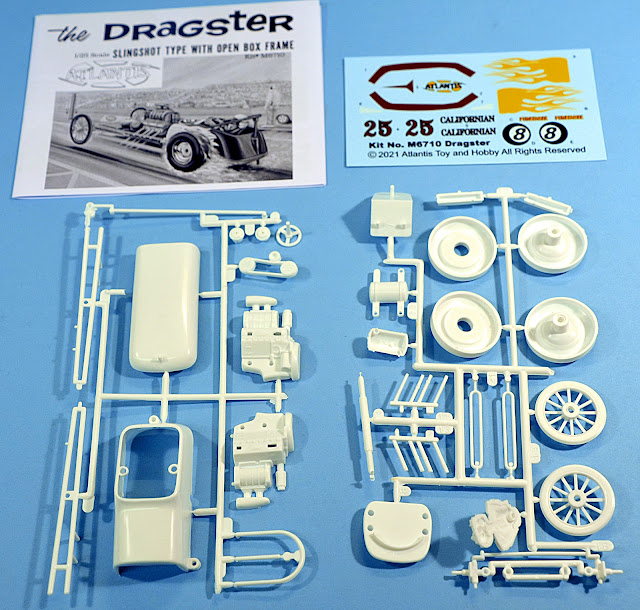 Monogram Dragster (below), as listed in the 1969 catalogue.

For the simple diorama (below), I used AMT Drag Strip Accessories, plus other bits and pieces. The driver is an old white-metal figure from Miniature Autobits. The figure is no longer available, though you should find plenty of alternatives on eBay.

Despite its simplicity, the finished model (below) looks an attractive display piece. 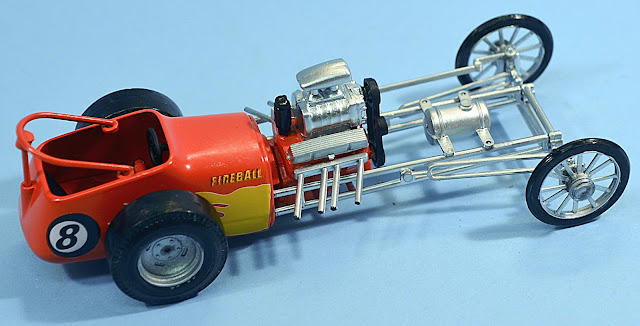 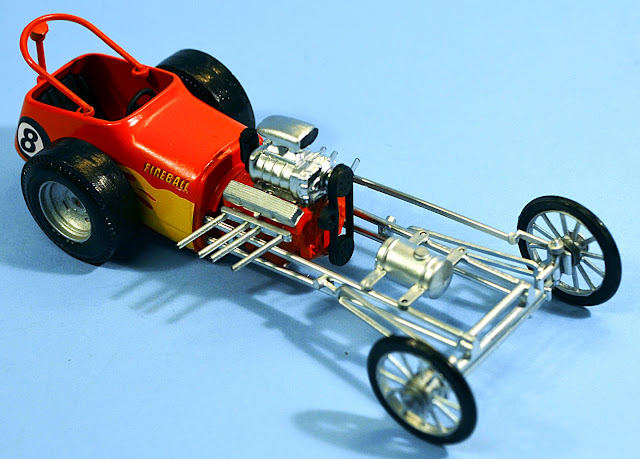 Box base (below) gives paint and decal schemes. 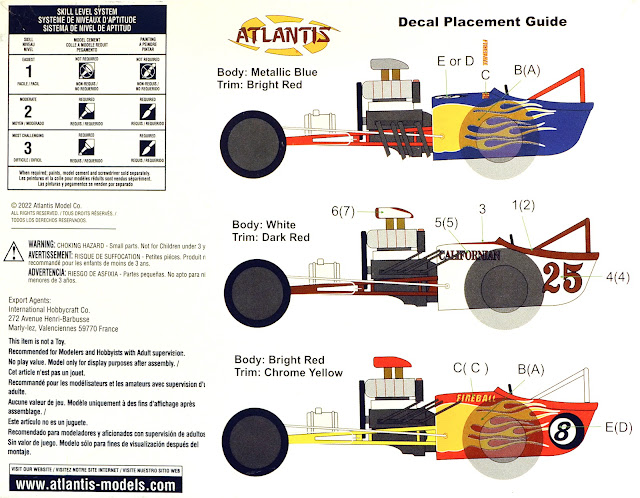 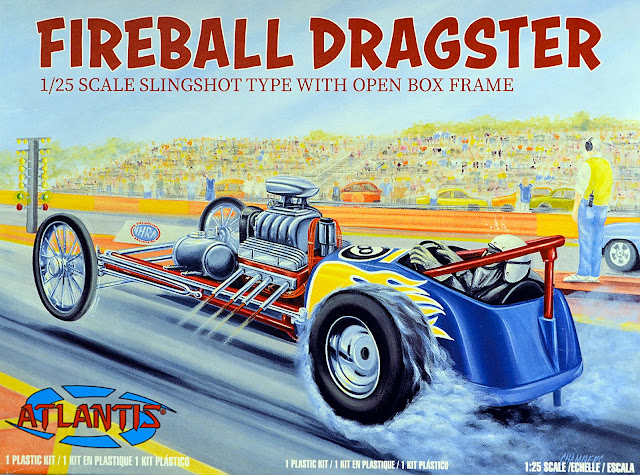