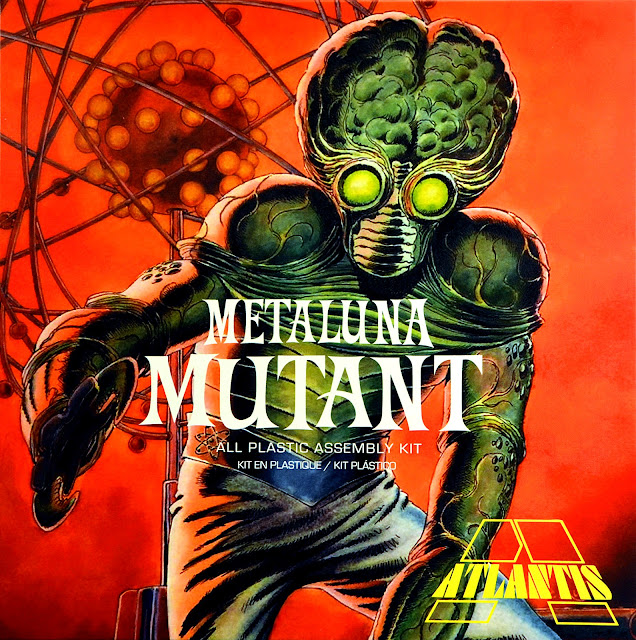 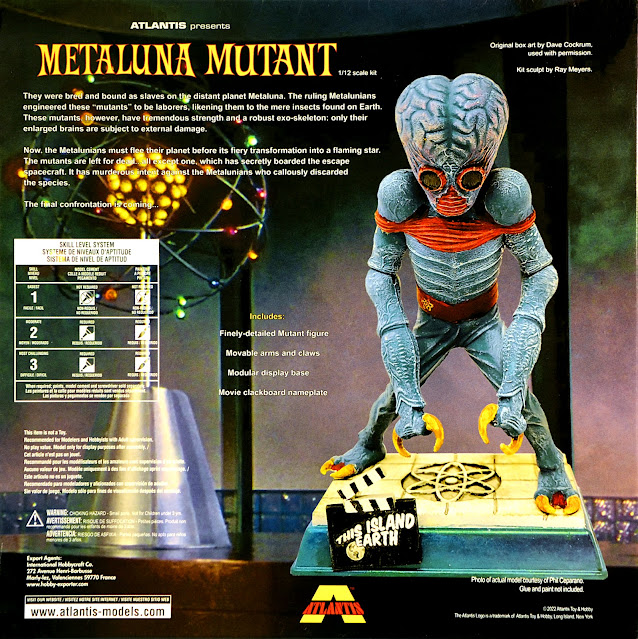 Working drawings (below) by Dave Cockrum for the kit. The Mutant is shown here with a piece of Metaluna equipment as a base, but this was changed changed to the kit's simpler flat base. 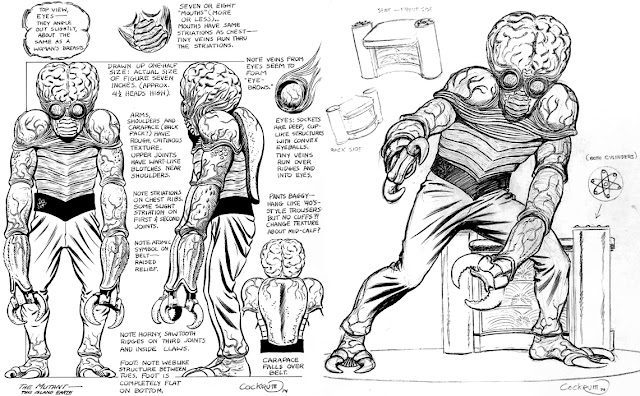 The original box art (below) painted by Dave Cockrum, as it hung in Andy Yanchus’s house in Brooklyn, NY. 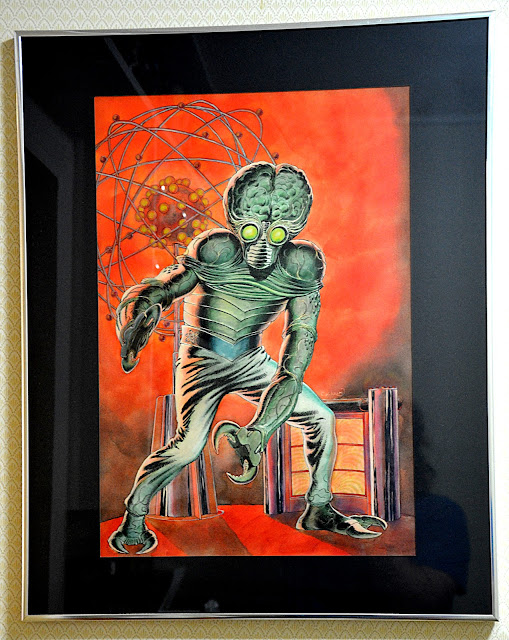 As a size comparison (below), the 1:12 scale Atlantis Mutant stands next to a same-scale Airfix Anne Boleyn. There is also an extremely tentative ‘astronomical connection’ as Anne Boleyn is seen here standing by a sundial! 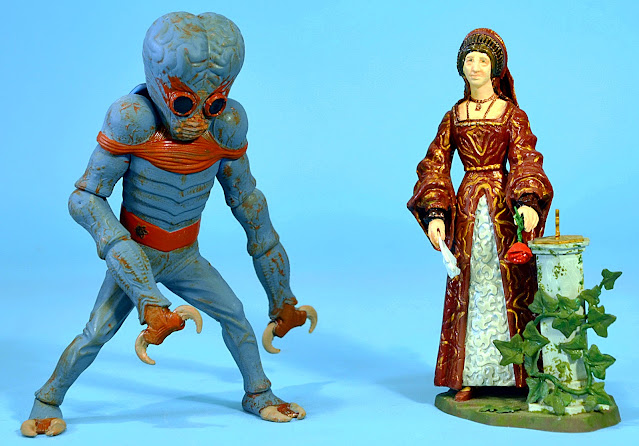 The rear of the figure (below) showing its back ‘carapace’. The Mutant was likened to an ‘Earth insect’ in one conversation. 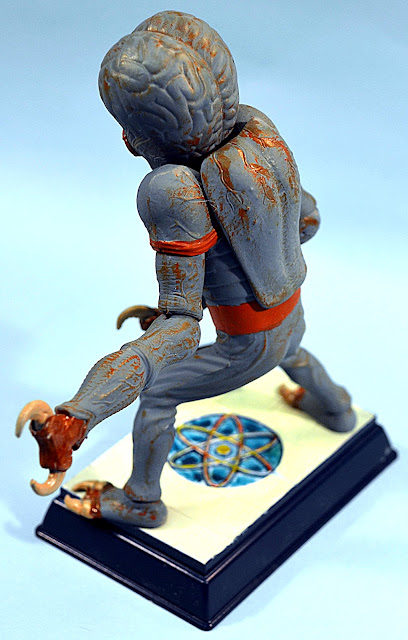 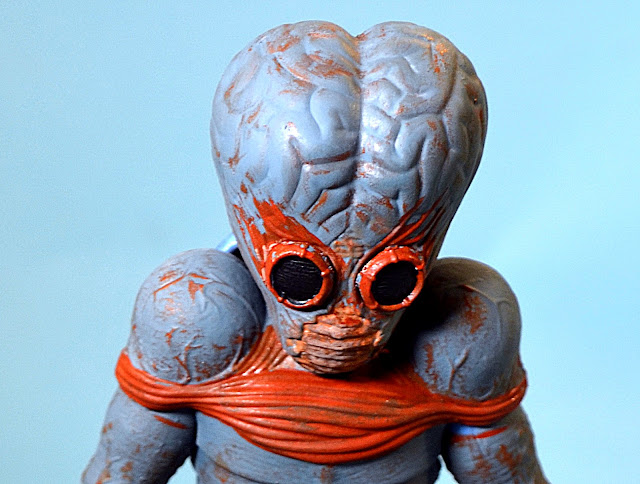 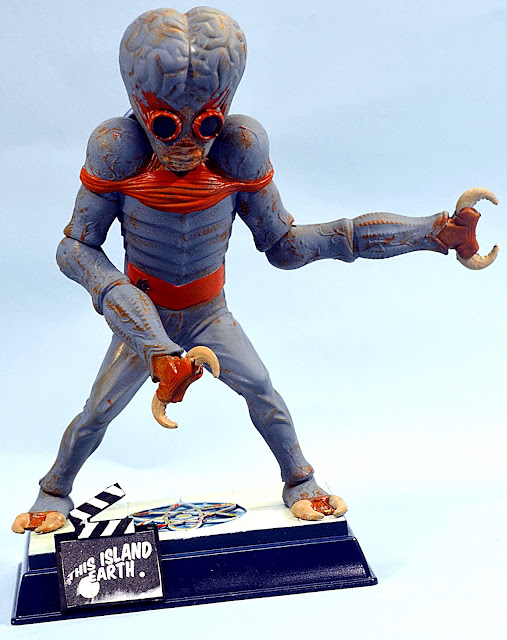 The assembled figure (below, without eyes) stands next to the base, which includes a neat atomic logo. 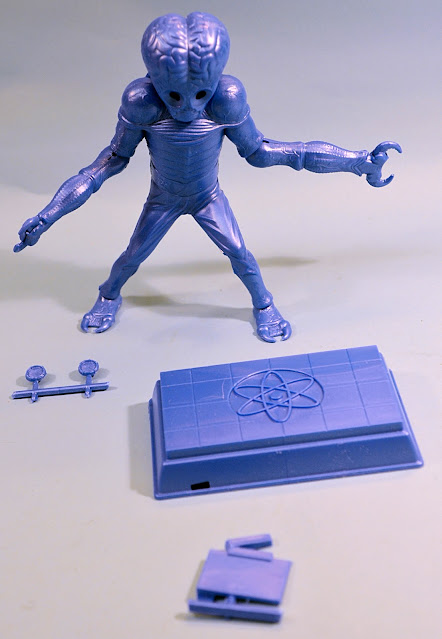 Beginning the assembly of body parts (below). The assembled arms slot into sockets in the shoulders, which allows a swivel action. 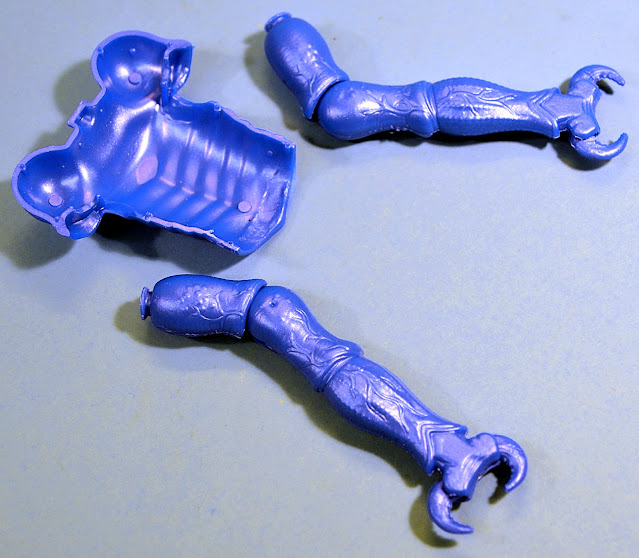 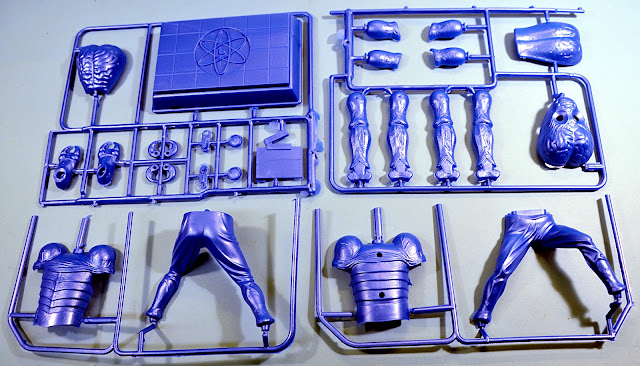 An original runner from the first Chinese kit production (below left) had to be cut in half (below right) to fit the kit box. 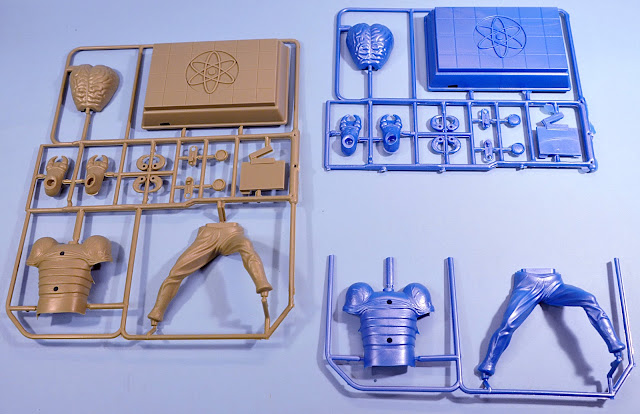 Dave Cockrum's box art (below) looks good, but nowhere on the box is there a mention of This Island Earth, a frame-grab of which is shown bottom. 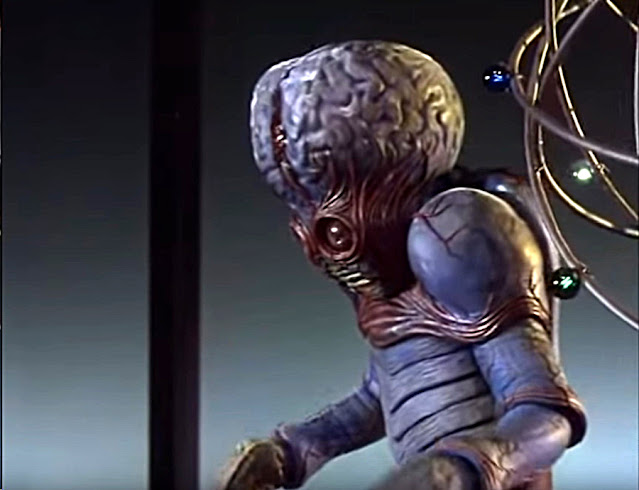