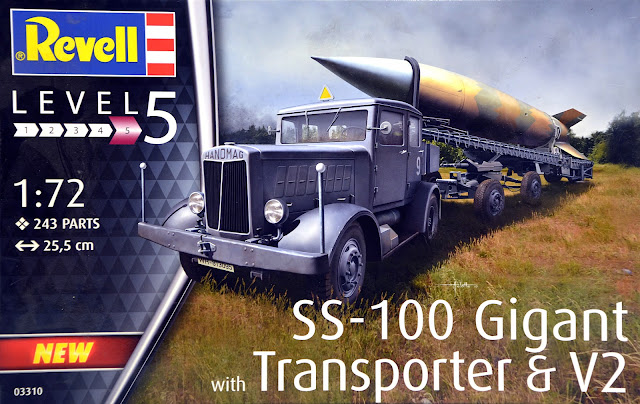 Mat Irvine: This is a recent issue from Revell of a complete 1:72 scale V-2 setup. The kit actually originated as a Special Hobby kit from the Czech Republic, but arrives now in a different combination.

The Special Hobby kits are separate so far as the Hanomag SS-100 Gigant heavy tractor, Meillerwagen transporter-erector, and V-2 missile. Revell has now combined these items in one kit. Special Hobby also makes a fourth kit, the Vidawagon, which was a road trailer for the unfuelled missile, but Revell has not included it.

There are a lot of parts in this kit – 243 in all – and a lot of prep time will be spent sorting out just what goes where, and what can be pre-assembled before painting. Much of the Hanomag Gigant can be assembled ‘as one’, though I found it best to omit the wheels, tyres, and window glass for spray painting. Two main schemes are given for tractor and trailer, and launch pad and its separate transporter, either the very dark green used by Germany during the early stages of World War II, or a later, lighter green, also used post-war for Operation Backfire, when the Allies had seized remaining V-2 stock and equipment.

This was the colour I used here. Revell makes its own 361, though not as an aerosol. Consequently, I used Humbrol spray, Olive 86, though Testors makes an identical paint, Olive Drab 1911. There are also other non-spray paints from suppliers such as XtraColor and AK that, as with Revell’s own, can be thinned and airbrushed.

The Meillerwagen is the most complex item to assemble, as it has a number of very small parts, especially the 31 tiny ‘steps’ to be attached to the side of the main carriage. They represent a slightly daunting task at first, but once removed from the runners, the gates cleaned up and the parts laid out, noting which goes where (there are 11 different shapes!), with the help of a pair of tweezers assembling them becomes a straightforward, if somewhat tedious, task.

Also, you have to decide if the Meillerwagen is built in travel or launch configuration as it affects some parts, such as the support pads and access platforms.

The V-2 section includes the launch pad itself, and its own transporter trailer. Again, you need to decide whether the pad is to be in launch position, or carried on the trailer, as that too affects assembly.

Three colour schemes for the V-2 are given, though two are really just down to the post-war black and white markings. However there are a number of other variations for the missile. Some are simply all one shade of camouflage green, others are variations on multi-shade camouflage patterns. There is a somewhat unusual green, black and white scheme used in later Peenemünde tests.

Perhaps slightly oddly, no figures are included, though 1:72 figures for that era are hardly uncommon. Some are made specifically for the V-2 CMK, an important name for the Czech modelling empire that includes Special Hobby models.

Thanks to Revell for the review kit

Back of the box (below) provides technical details. The components include a small clear runner. 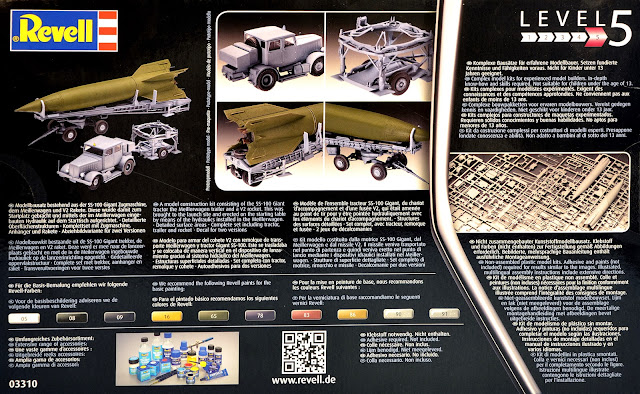 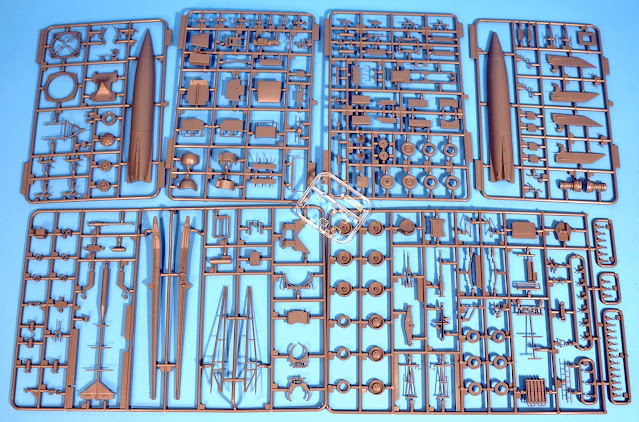 Closeup (below) of an oft-forgotten piece of equipment, the launch pad trailer.

Closeup (below) of the Hanomag SS-100 Gigant tractor. 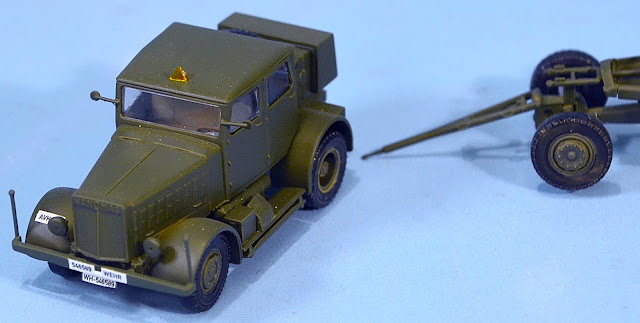 The completed model (below). For a change, I finished the V-2 in a scheme not often depicted. 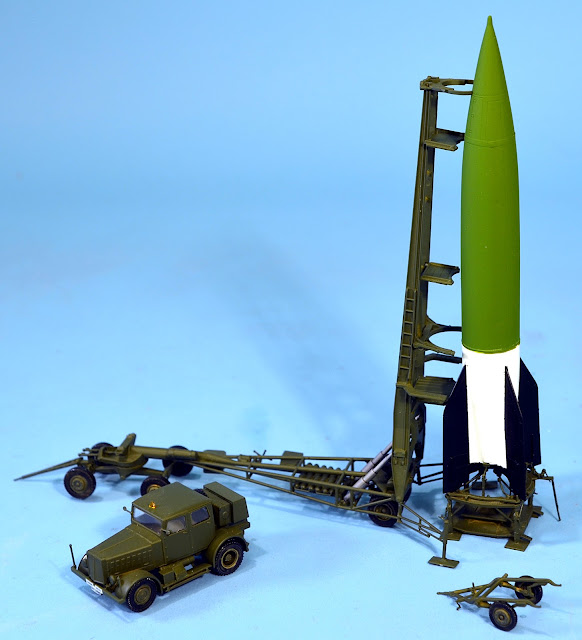 Special Hobby original kits (below) include the lightweight Vidawagen wheeled cradle (lower right) which was used to transport the V-2 from a railhead to field stores, then again to the firing troop transfer point. There the missile could be hoisted onto the Meillerwagen. 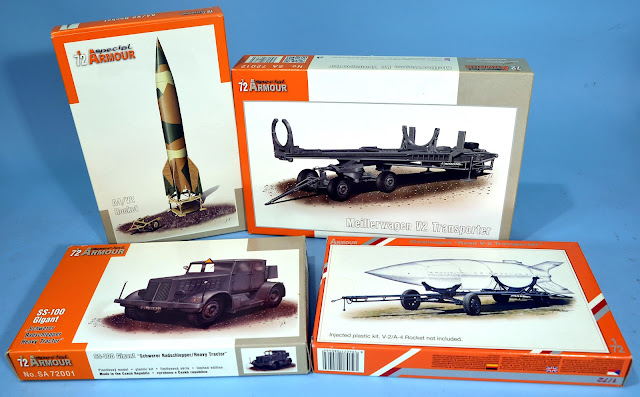 Revell also sells the V-2 as a separate kit (below). 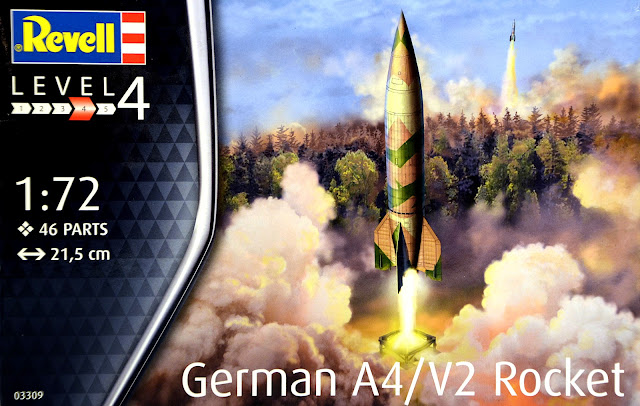